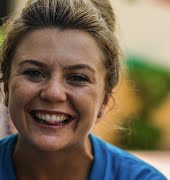 Is there a Beyoncé backlash coming?

By now, you’ve probably witnessed the spectacle (and ensuing mania) of Beyoncé’s Coachella performance (if not, we hope you are enjoying that rock). After cancelling her headline show in 2017 due to pregnancy, crowds were anticipating what Bey would bring to the stage this year. And she didn’t disappoint. As well as a dazzling performance the show included surprise appearances by Destiny’s Child and Jay-Z; marching bands; hundreds of dancers and an orchestra. Social media is still reeling, with many dubbing the festival ‘Beychella’.

You’d imagine the star would be basking in adoration right now and gearing up to do it all over again for Coachella’s second weekend. But it seems that she had one thing to see to first; making sure the production was remembered correctly. According to Page Six, Beyoncé’s publicist allegedly sent out emails prior to the concert to media outlets asking them not to publish fan photos of the show, and only to post approved shots. The move was a replay of Beyoncé’s Superbowl half-time act in 2013 when her team emailed Buzzfeed asking them to remove ‘unflattering’ photos of the star during her performance. Beyoncé is known for having tight creative control over her brand, and as the move shows, this goes right down to photos that people share of her.

You might imagine the story would create a backlash against the star.  So many female celebrities are criticised for any type of ‘diva’ behaviour (Mariah Carey springs to mind). The act of restricting fan photos is almost like an exclamation of “delete that photo of me, I look disgusting” on a global scale. But aside from a few articles, which were quickly silenced by the Beyhive, there was no backlash. Why is that? How does Beyoncé escape the venomous criticism that so many other female stars deal with, and maintain her status as an untouchable icon?

All about the control

Beyoncé is not the first artist to gain icon status. But what she represents for women, and black women especially (Beyoncé is the first black woman to headline Coachella, and only the second woman ever) cannot be underestimated. She gives a voice to a group that has been too often silenced. But she doesn’t do it by telling her ‘queens’ to ‘slay’ through a filtered Instagram video.

In an age of oversharing and relatability, where personality quirks are broadcast for the world to see on social media, Bey is harnessing her power differently. Her power lies in performance. She communicates through her work. At this stage of her career, she rarely, if ever, gives interviews or lets anyone into her private home life. She posts regular pictures of her family, but they often feel creatively controlled. Beyoncé’s social media feed is curated. Beautiful professional shots, artwork, personalised effects all show us exactly what Beyoncé wants us to see, no more and no less. The portrait, for instance, of her and her twin newborns Rumi and Sir last July was beautiful but heavily staged – no makeup-free, exhausted but relatable ‘mom’ selfies to be found here.

Even her most revered work to date, Lemonade, for which she was celebrated for being honest about infidelity in her marriage, left everyone guessing about the alleged “other woman” (“Becky with the good hair”) or if the stories were even true. Beyoncé never relinquished to fans’ pleas for the truth. It was only in Jay-Z’s New York Times interview late last year that he passively confirmed the cheating.

It’s all about the art for Beyoncé, and in that sense, she is the truest embodiment of a rock star that the industry has right now. In a time where relatability is the most important commodity for celebrities, Beyoncé embodies the music icons of the past. The mystery is what makes her so appealing. David Bowie, Prince, the Rolling Stones; everyone knew they were wild, but the fun lay in imagining what went on in their lives because they were certainly never going to tell us. We could project our fantasies about life as an idol onto them, imagine what life must be like as a rock star because we’d never get that chance ourselves.

With many of today’s artists, that mystery is absent. Reality TV shows, gossip columns and the artist’s own social media exhibit every aspect of their lives. In a world that’s obsessed with being ‘real’, she is doing the opposite. She’s giving us an exaggerated reality, gorgeous and luxurious. It may not be real, but who cares? We all crave the fantasy, and she gives us just enough of the ‘personal’ to have us coming back every time.

That’s not to say that she’s without substance. Beyoncé has shown support for social issues and movements, donating time and money to causes such as gun control, Black Lives Matter and rescue efforts after Hurricane Harvey. She also regularly emulates black history and symbolism in her performances, giving a platform to art that is continuously overlooked in predominantly white media. Where many celebrities are accused of being ‘social media activists’, taking to Twitter to jump on the nearest hashtag without helping in any meaningful way, Beyonce is making a difference through her art.

Where words can so often fail or be misinterpreted, Beyoncé conveys powerful messages through music and image. Maybe she doesn’t trust herself to speak on these issues. Or maybe she understands that these issues are bigger than her (yes, even bigger than Beyoncé), and wants to put her biggest asset; her talent; to work instead. When you control how the public sees you, often by revealing very little, you can put your best traits forward and build an image around them. This is what Beyonce has been doing for years, and it’s working. If the Elevator Incident didn’t push her off her pedestal, nothing will.

So no, not even diva behaviour can cause a backlash against Bey’s reign. She’s far too smart for that.