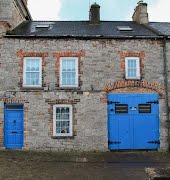 Why We Should Stop Telling Women To Smile More

Last week, the televised head-to-head debate between the first-ever female Democratic presidential nominee, Hillary Clinton and Republican presidential?nominee Donald Trump, had everyone talking; Clinton was elegant, prepared and emerged victorious over a sniffing, floundering Trump yet much of the commentary after it deflected from Clinton’s winning round and focused on the trivial topic of how much she was smiling throughout. Yes, you read that right. These highly sexist comments had the Secretary of State grinning (way too much, naturally) like a Cheshire?cat, when, frankly, she shouldn’t have been doing such a thing, given what was being directed at her.

Who told Hillary Clinton to keep smiling like she’s at her granddaughter’s birthday party?

The above tweet resulted in an article where the male writer both questioned and defended his tactless tweet. He painfully pointed out that the same has been directed at men many times before and sure well, Clinton’s smile was so contrived during the first twenty minutes of the debate, that how could one possibly not comment on the fact?

First of all, yes, sometimes whether a male public figure may or may not smile (Kanye West) has occasionally been debated, but it’s women who are dealt the short straw because of the gross double standard. It rarely happens to men, but women are expected to placidly smile all the time and if they don’t, they get told to “Cheer up, sweetie” or get labelled as having a Bitchy Resting Face (BRF) – the term started out as a parody?but is now used to describe usually the female face contorted in an expression that looks less than thrilled. ?If a man’s face dons a similar expression, they are “moody” or if they take it up a notch, “passionate.” Women are neither; they are “deranged” or “stressed.”

A commenter for The Atlantic summed up Clinton’s dilemma – had she shown up with serious, ice-like composure, she would have been called out for being cold and unfeeling, yet she had been told to smile more by an inner circle for the debate to retract from her “stony demeanour” of previous rallies:

“When people critique Hillary Clinton for not smiling enough in one debate, then for smiling too much in the next, it takes us all back to those instances where some stranger reminded us we are supposed to smile and look pleasant at all times as far as they are concerned. Women are over it.”

Yes, we’re over it.?But it’s telling how smiles can translate to power, as in the second half of the debate Clinton’s smile had changed (as you’ll see in the clip below); it was clear she wasn’t smiling because she had been’told to, it was genuine. As many on social media noted, “she came into her own as a strong woman, knowing she was well-qualified, well-informed and more than able and willing to get the job done, at the debate and as president.”

Smiling is (and should be) the last thing on her mind at any debate, for she has a much bigger task at hand. And with pressures such as the gender pay gap, discrimination at work and trying to “have it all” (to name a few) so does every woman in 2016.

And if you’re asked the question, please feel free to take down the offender, as per Serena Williams.