Why Rihanna Is Calling Lawyers Over Beyonc? Book

There has been a lot of copy in recent days relating to the relationship between Rihanna and Beyonc?, following the publication of Becoming Beyonc?: The Untold Story?by J. Randy Taraborrell.

Celebrity biographies are ten-a-bargain-bin-penny, yet this tome is attracting all the attention. Beyonc?, despite her superstar status, is a deeply private star. A fact which was highlighted in recent months following the lack of an interview in the September issue of US Vogue. Beyonc? landed the cover, but the accompanying article was a profile rather than an interview. The singer hasn’t given a substantial interview to the press in years, fuelling conspiracy theories she has something to hide. However, we think the theory she’s too famous to bother is a bit more on the right track. The woman is worth half a billion dollars. She doesn’t need more ?exposure?.

Becoming Beyonc? focuses on all the rumours about the star apparently, something we’re sure she’s not happy about. Especially the parts about her marriage to Jay Z. 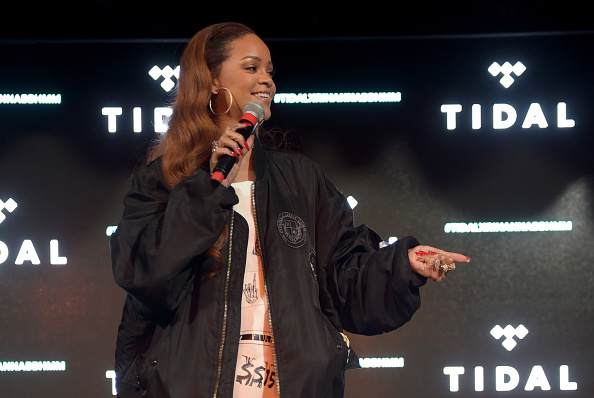 The book claims the couple split for a year in 2005 after rumours Jay Z was having an affair with Rihanna, his prot?g? at the time and an up-and-coming musician. However, turns out that this rumours were nothing but smoke and not true. A publicist made up the story of the extra-marital affair in a bid to drum up publicity for Rihanna’s new single, Pon de replay. Said publicist Jonathan Hay has since apologised for his actions. He told the New York Daily News, ?The PR stunt that I did was out of desperation to help break?Pon de Replay. It was reckless and I didn’t think it was going to work. I was just throwing spaghetti at the wall to see what would stick? I’m ashamed that I’m even talking about this. I just want to put this rumour to rest once and for all.”

So damaging and effective was the rumour,?Becoming Beyonc? author Taraborrell claims the infamous elevator fight between Solange and Jay Z was because of Rihanna.

Meanwhile Rihanna is trying to distance herself from the entire mess. Her legal representatives are not happy with how Hay is behaving, especially since Rihanna claims he was never her publicist. ?Hay was never Rihanna’s publicist or had any personal or professional relationship with her,? Jordna Siev, Rihanna’s lawyer, told Page Six. Hay did publicity on the single and wasn’t working directly for Rihnna.