The second season of what was a massive sleeper hit in the US finally premieres on Netflix on Friday. And it’s even better than its predecessor. Here’s why it will be your new binge-watch obsession.

Actress Jessica Biel shone in the first season of the unexpectedly gripping series – an adaptation of the 1999 novel by German crime writer Petra Hammesfahr – which followed mother Cora Tanetti who while out with her family at the beach, is suddenly compelled to murder a man in cold blood. It’s a ‘whydunit’; a murder mystery not focusing on the ‘who,’ but why the crime was committed.

Its second season follows the same premise, except this time, we meet a young boy, Julian who has supposedly killed his parents. Everyone quickly establishes how he did it, but no one can figure out why. The series is cryptic; each episode slowly reveals a thread that eventually interweaves into something else, but this is almost painstakingly revealed (in the best of ways) –  it’s what keeps one constantly pondering the WTF factor that few series’ can effectively keep up without alienating the audience.

We’re introduced to familiar faces with deeper story arcs, including Detective Harry Ambrose (played by Bill Pullman) and new faces, notably the formidable Carrie Coon (of Fargo and The Leftovers) who plays Vera, an isolated figure and the leader of a small-town cult which produces Julian and the two adults he kills in the opening episode. And there’s something strange about her; some very weird goings on occurred in her cult compound. 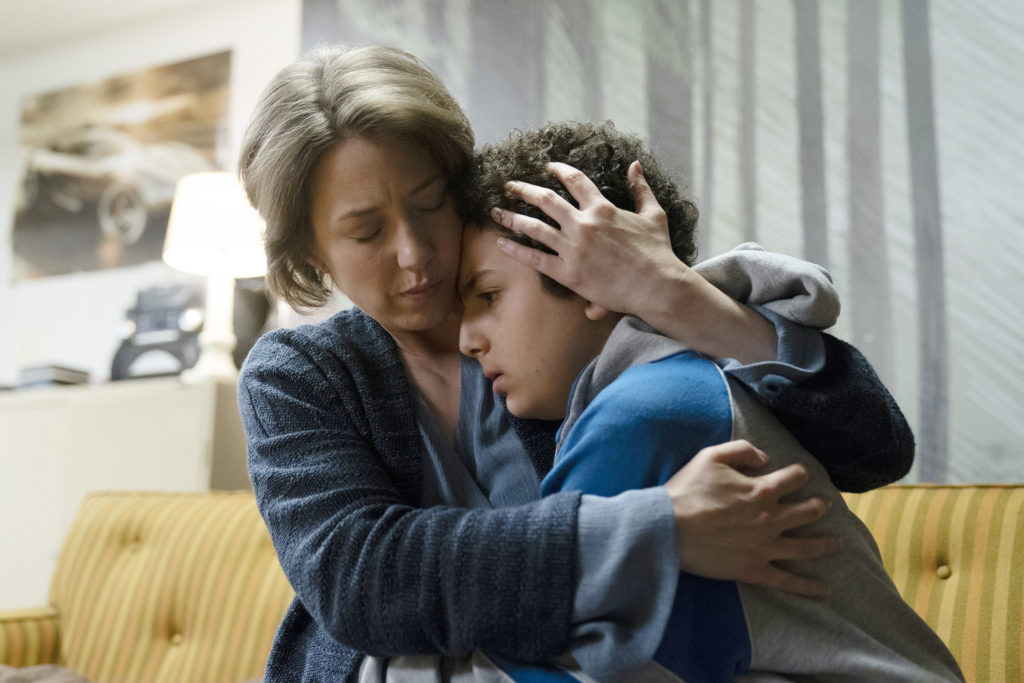 Refreshingly, this season doesn’t feel like its simply re-worked its original; yet it still centres on the powerful themes of parenthood, family and what it means to call a place home. Instead of another adult killer, we have a young boy – and a puzzling one at that. The flashbacks reveal much about him but we never get an idea of his motive until much later. The fact that the cast almost comprises of newcomers also keeps the momentum from getting stale – and it means you can easily follow everything – even if you’ve not seen Season 1.

In short, this is a story better designed to tantalisingly play out over the course of an entire season. It constantly asks the viewer to question what exactly is going on and the subtle plot twists are are confidently effective.

This is one you won’t want to miss (but don’t spoil it for yourself – it aired in the States earlier this year, so avoid Googling before the end).

A slow-burner in every sense, it’s moody, with dark undertones – and Coon is completely mesmerising to watch.

The Sinner Season 2 premieres on Netflix from November 9th