So What’s All This Endless Talk About Bitcoin Bubbles and Cryptocurrencies About? 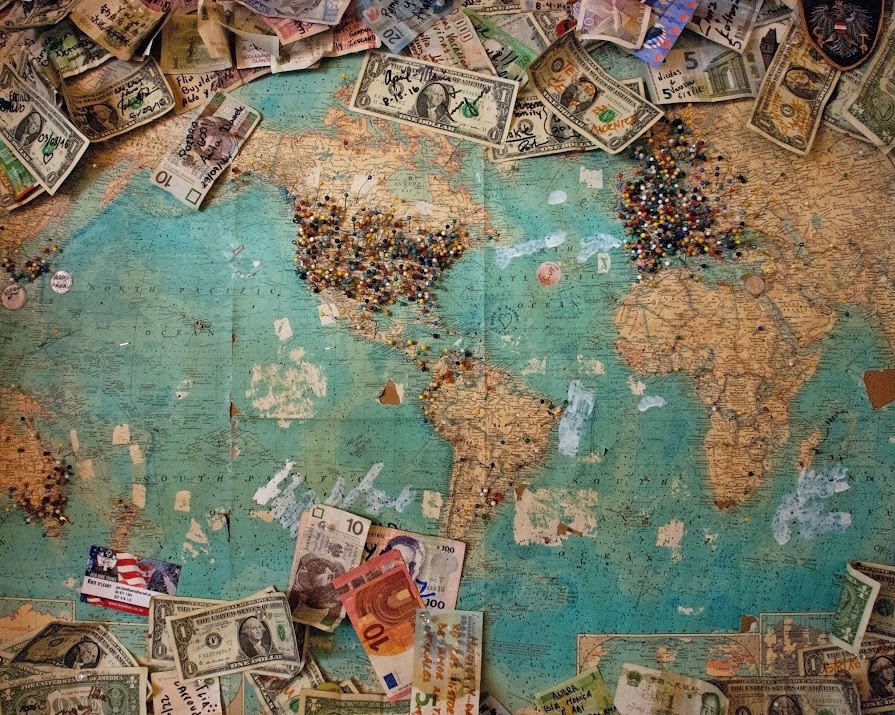 It seems everyone’s sister, brother and mother are talking about people who’ve made fortunes on Bitcoin, Ripple and Ethereum in the last couple of months but we feel like we missed the first part of the conversation. We’re not even sure whether to have FOMO or not, let alone invest ourselves.  Yes, the crypto-craze has hit, and hit hard. Despite the yo-yo boom and bust of it all, here’s why it’s still worth paying attention to whether you’re keen to put your own money into it or not.

I’m pretty sure if you look up the word ‘bubble’ in the dictionary, you’ll see a picture of cryptocurrencies, circa this week. Except – what would the picture be? The almost invisible, ephemeral nature of the latest investment craze definitely seems to have been part of its appeal.

Not since the DotCom bubble of the 90s has there been this much mania over a new tech innovation. On the surface, it sounds fascinating; who needs banks and financial institutions when we have cryptocurrencies that we can use to whizz money around the world in an instant, securely and privately? Hence the hype; Bitcoin, the biggest and best known cryptocurrency, has been steadily soaring, starting out at $900 at the start of 2017 and growing more than 1,000 percent over the course of the year. Of course, it’s volatile too, as this week’s news shows – I won’t even bother telling you what its current price is, because I’m pretty sure it will have changed by the time I finish typing this sentence.

The biggest thing I learned when researching this space is that not only is the technology new, complex and not all that easy to get your head around, but it’s changing, every single day. Add to that all the curiosity and mania, and you have hundreds of misinformed blog posts, dodgy Reddit threads, misleading tweets and twee, over-simplified news reports that leave us no more enlightened.

But, in the middle of all the craziness lie some genuine game-changers, that in a decade or less will undoubtedly be part of our everyday lives.

One of the big reasons why there’s such a buzz around digital currencies is that, historically, the way we buy and sell things has always evolved. From bartering to gold coins to paper money to credit cards and online banking, each new system has improved upon the last and, in many ways, that’s what Bitcoin is doing; it’s ‘fixing’ many of the flaws in our current system (better security, privacy, no international borders and fewer extortionate transfer fees are just some examples).

By now, you probably know that Bitcoin is a form of electronically created digital currency. It is ‘made’ by super powerful computers solving very complex mathematical problems. The underlying code behind Bitcoin dictates that there can only be a fixed number of Bitcoins (hence the mania and yo-yo prices – thanks, good ol’ fashioned supply and demand).

But blockchain technology, of which Bitcoin is an example, is the real disruptor here. Blockchains act like secure digital records that verify the legitimacy of the currency. This is a big deal for many reasons. How do you know your €5 note is worth €5? Because you trust the financial institutions and governments that issued it. Instead of trust, thanks to blockchain, we have digital, cryptographic proof. Proof that’s stateless, bank-less, secure and private. In many ways, it’s more secure than most of the systems you’re currently using.

The buzz around Bitcoin will inevitably die down, and the bubble surrounding many cryptocurrencies has already started to burst. But the blockchain technology that powers things like Bitcoin is almost certainly here to stay.

So, should you invest in cryptocurrency? In my humble, non-financial expert opinion, it’s never wise to invest in anything you don’t understand (which is why I never buy those self-heating face masks). In saying that, getting skin in the game is very simple: You can head to Coinbase, or a similar digital currency exchange such as Bitstamp, Coinfloor or Coincorner. Buy a few euros worth of Bitcoin or another digital currency (there are hundreds, with more been added every day) and just watch things go up – and down.

Actually turning a profit is another story: To truly win at this, it would help to understand the history of money, the evolution of how we pay for things, and the problems with our current financial systems and models. This way, you can figure out which digital currencies are actually solving these problems and which are, you know, just pictures of dogs.