What To Read This Week: The Witch Finder’s Sister By Beth Underdown

I read many books but few these past months have unnerved like The Witch Finder’s Sister. Perhaps it’s (much like The Handmaid’s Tale) because the story?is about times gone by that shouldn’t feel appropriate to the here and now, yet it does. A man intent on hunting and killing women. A book of only female names. Terror, uncertainty and finger-pointing. It all feels unsettlingly familiar and relevant to modern times.

Based on the real-life witch hunter Matthew Hopkins, Underdown skillfully recounts a unique perspective on the Manningtree witch trials through the eyes of his fictional sister. Our story starts after much has been said and done. Alice, the sister of Matthew, a minister, we know is a prisoner and sets out to recount the series of events that led her to her entrapment. She comes back to her hometown of Manningtree in Essex in 1645 after her husband has been killed in an accident. And things are not as she left them. Matthew is sullen, broody and unwilling to forgive Alice for marrying the son of the house servant he believes left him disfigured as a child. ?At first, Alice just hears rumour and whispers of women accused of witchcraft for “crimes” they could not possibly have committed. But then gradually, it becomes more than finger pointing, as women are questioned, taken away and in many cases, killed. ?Anything out of the ordinary can render these women suspicious – cows dying, children not feeding – and soon women turn on each other to avoid the group of men determined?to see so many carried to the gallows. 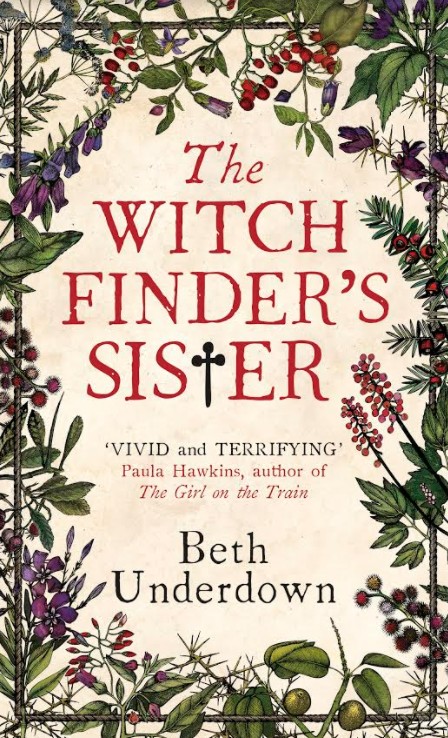 Underdown’s strength is how she tells her variation of these historical events; looking at the environment that allows a man such as Hopkins to thrive and kill so many women. He carries his “duties” with ease, using his place as a male and playing up the fear and terror that these women feel in a society so quick to dismiss anyone who doesn’t abide its rules.

It’s the story of a man who abuses his power to terrorise women with unspeakable acts, but it’s also about the nature?of fear and what that drives us to in desperate times.

This one starts slow, with tension building?up bit-by-bit, and there’s a sense that whatever is brewing in the dark never really fades. It’s a riveting and page-turning read.

Watch?out for the twist at the end.