Poppy Delevingne’s hen party was like a rash across social media last month. The model and her coterie of recognizable pals, hello Sienna Miller and sister Cara, decamped to the Californain music festival Coachella for a weekend of sun, shorts, poolside cocktails and Instagram. For the rich-via-subtle-sponsorship-deals and famous, events like these are like a tree in the woods; if no one sees your broderie anglaise dress through a Valencia filter it didn’t happen. The gals on tour even had a hashtag for the event, #popchella, just so us plebs could keep up. However when it comes to sealing the deal Poppy has decided to turnabout. The English model is banning social media for her upcoming wedding. Yup. There shall be no videos of Reese Witherspoon advising on what the couple should name their issue. How will the snap happy Cara cope? After documenting her two hen parties on the social media site – yes two, the first was in London and nineties themed – it might seem a little bit out of character for the middle Delevingne to suddenly spurn her trending ways but all became clear when it emerged photo rights for the St Pauls ceremony were acquired by international fashion magazine Porter. In exchange for such exclusivity the bride and her guests shall be gifted freebies from the publication. While designer goods is always the best kind of consolation we feel the most for the maidd-of-honour who has to keep all the It girls in line and away from their apps. It emerged in recent days Poppy plans on seventeen bridesmaids?

Social media at weddings is proving to be a contentious issue. Its emerging omniscient presence prompted W Hotels in New York to announce they would now be offering a $3000 social media wedding concierge. This very modern service includes someone to live-tweet the ceremony and create a bespoke hashtag. They’ll even set up your wedding blog, update it, and curate your Pinterest wedding boards. Initial reactions found the enterprise a bit too 21st century satire but W Hotels claim they are responding to the times we’re starting to live in. Couples have already been seeking advice regarding social media for their big day. ?Alyssa Kiefer, speaking to Fast Company, likened such balking to the reception wedding planners encountered at first, ?now you wouldn’t think of planning a wedding without one.? 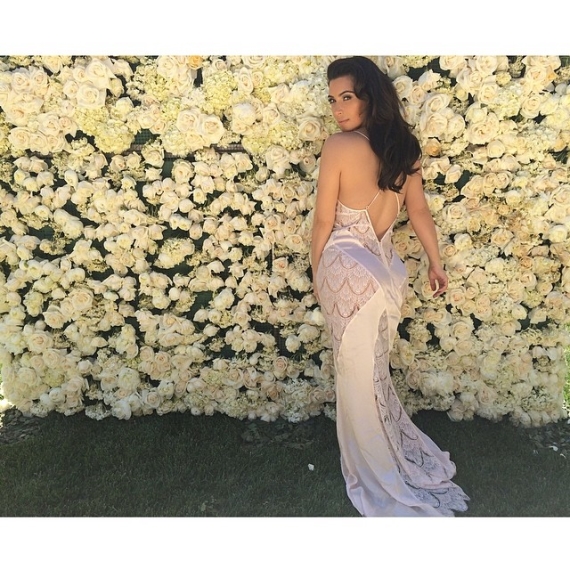 Meanwhile the gossip-guzzling world lies in wait as Kim Kardashian and Kanye West approach their day of reckoning. After weeks of speculation that the #WorldsMostTalkedAboutCouple would say ?I Do? under the Parisian sky it seems that #kimyedoesparis is out. It has been revealed in recent days the couple are apparently marrying in a Italian castle. ?According to the Daily Mail Kanye chose the fortresss venue because his daughter North was conceived in the nearby Italian city of Florence. For some reason we suspect this couple have the whole social media plan locked down and ready to break Twitter. What’s an update from the altar when you’ve fake-sexed on a motorcycle for a music video?