Let’s be honest, most people like to be liked, or called more ?likeable? by their peers and friends. And we stress, most people, not everyone. Maybe you don’t give a toss about how likable you appear to others, and if so fair play to you. We see ?likeability? articles everywhere: ?How to become more likeable in 5 easy steps,? or things like ?how can YOU become more likeable?? come at us every week. So, it’s hard not to be at least a little aware of the subject.

However, famous Nigerian writer Chimamanda Ngozi Adichie is here to remind you in her own words that ?It’s bullsh*it that young women have to be ?likeable.? And we would have to agree. Being ?Likeable,? or thinking about whoever likes you or doesn’t, she says, shouldn’t have any effect on your self-worth.

For those that might not be too familiar, author Chimamanda Ngozi Adichie is the woman behind the amazing Ted Talks ?We Should All Be Feminists? clip, which has been viewed over two million times on YouTube, and yes, it does sound awfully familiar. That’s because it was the very speech sampled in Queen Beyonc?’s killer tune ***Flawless. 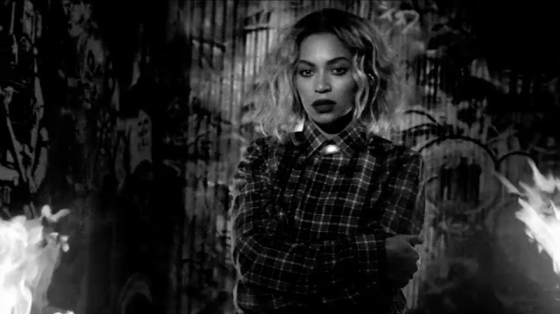 Adichie was honoured at the third annual Girls Write Now Awards in New York City recently where she made this brilliant speech, advising young girls to forget about the ?likeability? factor.

“If you start off thinking about being likable you’re not going to tell your story honestly because you’re going to be so concerned with not offending and that’s going to ruin your story. Forget about likability,” she said.

Her inspiring speech was all kinds of amazing, and made us feel great. She’s reminding us that our own voices matter. ?I think that what our society teaches young girls – and I think it’s also something that’s quite difficult for even older women, self-confessed feminists to shrug off – is that idea that likability is an essential part of the space that you occupy in the world,? she continued. ?That you’re supposed to twist yourself into shapes and make yourself likable, that you’re supposed to kind of hold back sometimes, pull back, don’t quite say, don’t be too pushy, because you have to be likable. And I say that is bulls?t.?

You can watch the full thing below: