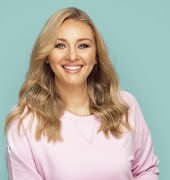 Watch: The trailer for the final season of Game of Thrones is here

Game of Thrones fans have had a long wait – two years between the last season – for new material. And not just any new material; the final season of what is now one of the biggest TV shows ever made.

Following a teaser earlier this year which featured Ayra, Jon and Sansa roaming the dark crypts of Winterfell – footage that was shot specifically for promotional purposes rather than the episodes themselves – this is the first time we’ve seen a real, extended glimpse of what is to come.

“I know death,” she says. “He’s got many faces. I look forward to seeing this one.”

We then see more of the main players in some for throughout the two-minute clip:

The early seasons had come under much scrutiny for their portrayal of certain female characters and lack of consensual sexual scenes but gradually, the writers certainly appeared to listen to the reaction and critique of viewers – it is the women who hold power going into what will surely be a final battle of suitably epic proportions.

Fans have been expressing their delight and excitement on social media since the trailer premiere:

Me pausing the trailer every 0.5 minutes to analyze the scenes#GameofThrones pic.twitter.com/obF6wo5dS4

Me: I hope all #GameofThrones plot lines resolve themselves in a satisfying manner, and that none of my favourite characters die.

Me on my way to save Arya after seeing the first scene of the trailer #GameOfThrones #GoTS8 pic.twitter.com/9POzEqj0Yq

Me standing up at my desk this morning when that GOT trailer dropped #GameOfThrones #GOT pic.twitter.com/t0TZvpBS1i

The final series will be simultaneously broadcast on HBO in America and on Sky Atlantic –  it will be available to watch from 2 am on Monday 15 April, before airing again at 9 pm that same day.