For those that may be still coming to terms with the love triangle that composed of Jennifer Aniston, Brad and Angelina, it is time to move forward (we’re saying this for ourselves mostly). Almost a decade on, there is little doubt that all parties are well and truly over it: Aniston is now happily married, and Mr and Mrs Pitt have around 15 children and years of marriage clocked up. Also, there can be little doubt that this powerful Hollywood couple is one of the most united pairings in the industry – they’re always gushing about one another in the most?genuine way.

Both have been in the spotlight of late to promote their anticipated new movie By The Sea (which has yet to land on our shores), and just this week, the couple appeared on the Today Show in the US for their first joint interview in years. To see them appear together is a rarity and they were refreshingly (and surprisingly) candid about their married life and Jolie’s recent health issues. Each was there to support the other, and it made for a lovely and moving watch; there’s nothing contrived about this couple, they are the real deal. Here are some of the most insightful tidbits from the interview:

Brad is the most doting husband ever. He had only support on his mind when it came to seeing Jolie through her decision to have to life-altering, cancer preventative surgeries: “Seeing my wife have to be her strongest and knowing that it’s the scariest of news is terribly moving,? he said. “No question, it’s a scary decision. There’re many things that could go wrong, it could go many different directions, but it was really led by her dedication of, ‘This is what I gotta do, and this is what I’m gonna do.'” 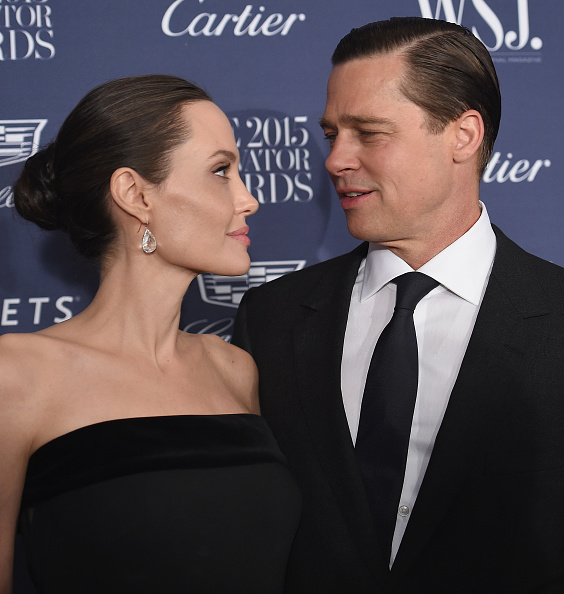 Jolie loves that he saw ?beyond the physical changes? of her treatment: “He made it very, very clear to me that what he loved and what was a woman to him was somebody who was smart and capable and cared about her family, […] ?that it’s not about your physical body. So I knew through the surgeries that he was on my side, and this wasn’t going to be something where I was going to feel like less of a woman because my husband wouldn’t let that happen.”

Their marriage is nothing like the state of their By The Sea characters troubled relationship; it is, in fact, amazing. “I’m counting on the audience to know that if this were close to us at all, we could never make this film. It’s because we’re actually very, very stable, and these aren’t our issues,” Jolie said.

The actress also explained that her new movie – which she wrote, produced and directed – stemmed from a deeply personal moment in her life: ?A lot of the film was when I went to visit my mom in the hospital when she found out she had cancer the first time. She was going to have her ovaries removed, and she was very upset, feeling like they’re taking out her parts that were female, and there was a woman down the hall who was wailing. I later found out it was a young woman who had not had children yet, and that put everything into perspective.”

And even famous celebrities have very real flaws as Brad revealed that his wife can’t cook. At all. “Every three months I’ll say, ‘Honey I think I should learn how to cook.’ Don’t I?” said Jolie. “I just humour it. But really she has no business in the kitchen,” came Pitt’s winning response.

We said it before, and we’ll say it again, these two give us the ultimate #RelationshipGoals.

You can watch more highlights from their interview below: