Talking about sexism in the workplace can be grim. Not because we’re reluctant to speak about it, but because it’s still so prevalent. Recent studies say that workplace gender discrimination remains rife, despite all our efforts. But for every shudder-inducing story we hear as women, we each have an uplifting one; the friend that finally become CEO, the mentor that encouraged us to go for the dream job – it’s talking about issues that lead to positive action and change.

Related: Why women still struggle as the breadwinners

It’s a shift we need to see. Because we’ve all experienced a toxic work environment. Being intimidated into silence, harassed, or passed over for promotion based on your gender – in a male-dominated working culture, it’s all too easy for these things to occur. It doesn’t happen everywhere but we hear about the bad, much more than the good.

“How far is she willing to go to get the acceptance she yearns for, and in the end, is it worth it?”

And what happens if you find yourself in a situation where you must protest or speak out? Does this mean things get better or does it mean you’re isolated from co-workers? It’s usually the latter.

As a result, how much of yourself do you change in the office, just because it’s less of a battle?

This is exactly what Pixar’s new short film Purl highlights. 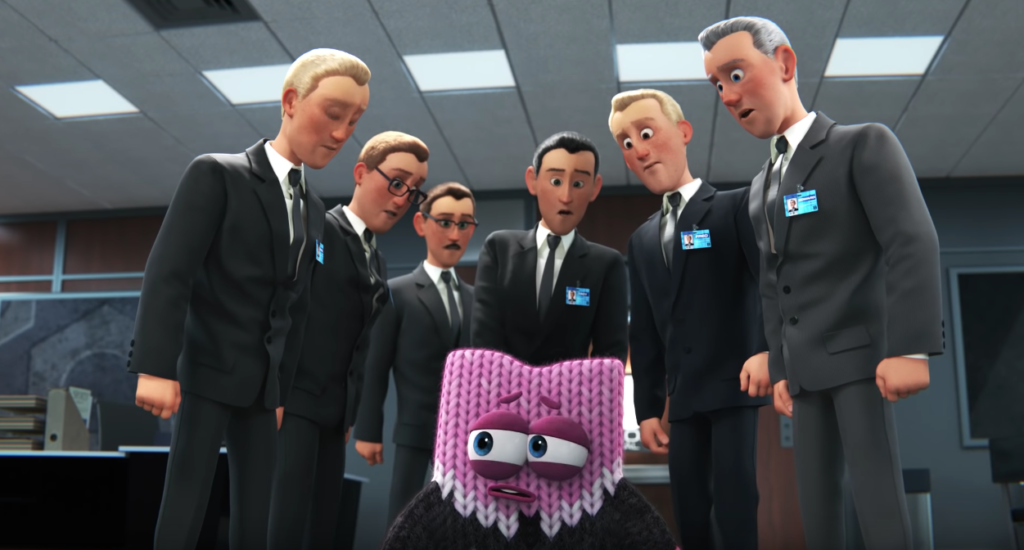 The delightful eight-minute short is the first Pixar has distributed directly online and takes aim at testosterone-laden cultures and highlights the importance of workplace diversity.

The cartoon tells the tale of a feminine ball of yarn named Purl as she starts a new job at a finance company, aptly named B.R.O. She delighted to start, but she’s immediately ostracised, ignored at meetings, intentionally left out of group activities, and mocked for her differences. She decides to act and changes herself to fit in with the group.

It works, but at what cost? And, as the clip asks, how far is she willing to go to get the acceptance she yearns for, and in the end, is it worth it?

She soon learns changing to fit the culture can be very positive, but none of this matters if you feel you can’t be yourself.