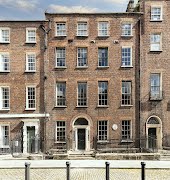 WATCH: Here’s A Sneak Peak At The New Series Of Will & Grace

Get ready,?Will & Grace?fans because the new season is almost here! As fans will already be aware, the series is heading back to our screens later this month, and we’ve been given a glorious sneak?peek of what to expect.

In a time when the world is changing so rapidly, you might be surprised and happy to hear that it doesn’t look like much has changed at all in eleven years – save for the modern references to Fox News and celebrity breakups – for the beloved quirky characters. They are parents but they are coming back to New York and, even after that disastrous season eight plotline which saw best friends Will and Grace have a falling out and not speaking for years (they eventually made up), all appears to be well in their world.

Highlights of the new trailer include Jack throwing a strop because Brangelina divorced on the day of his own breakup (classic), and Will and Grace playing Heads Up! on an iPhone (genius),?and the cast genuinely excited to bring the show back to fans so desperate to see it return. There’s always a danger with the return of an iconic cult series that it can go very, very wrong (look at The Gilmore Girls) but when it happens for all the right reasons (just like Twin Peaks), it makes for viewing gold.

The hit comedy series ran?for eight years, starring Eric McCormack and Debra Messing as best friends Will, a gay lawyer, and Grace, an interior designer with Sean Hayes and Megan Mullally as Jack, Will’s flamboyant?best friend and Karen, Grace’s lazy assistant. ?They are all ageless. It more than made a mark, having won 16 Emmy Awards, it was praised for breaking down barriers for the LGBT community and bringing the topic to the forefront of popular culture.

We’re expecting great things, if the sneak peek below is anything to go by, and we are ready for all the hilarious nostalgia.

The series is set to air on the 28th September stateside and very soon after elsewhere, but if you can’t wait, some streaming services should have it much sooner…