Model Danielle Lloyd says she plans to travel to the US to make sure her next baby is a much-wanted girl. The 34-year-old already has four boys and says she can’t imagine not having that special bond she has with her own mother. Amanda Cassidy looks at the science behind gender selection, why it’s on the rise, and the draw of having one gender over another.

“If I’m going to have one more so if this science is there, why not do it? I don’t think it’s a selfish thing to do. I could be selfish and go on for years having more and more boys. The thought of not going to my daughter’s wedding or not having those chats I have with my mum. Girls always have that relationship with their mothers.” Danielle Lloyd has come under fire for speaking out so honestly about her preference for a daughter. The Loose Women panellist welcomed her fourth son Ronnie last September and says she now has plans to travel to the US next year to undergo IVF gender selection which will cost around 12 thousand pounds. 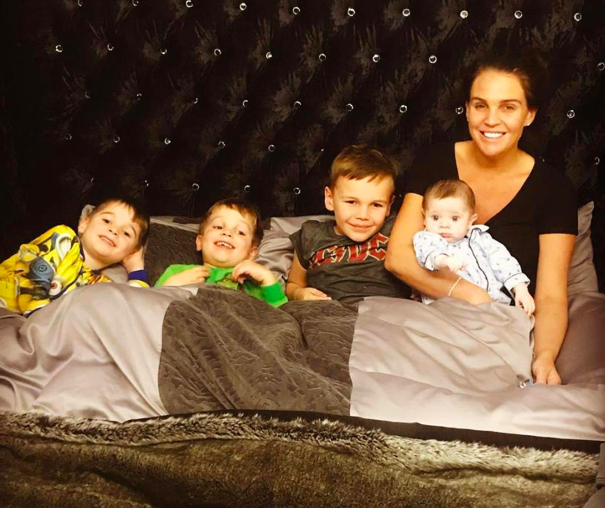 The backlash against Danielle’s decision to ‘buy a girl’ has been relentless. She’s admitted she has received thousands of angry messages on social media – mostly from women who say they can’t have children of their own.

“They called me a “selfish, disgusting b****” who should be thankful for my four miracle babies. I didn’t know what to say back. I’d never even thought about that. It was all quite shocking. I’m very honest and don’t beat around the bush, but I didn’t expect the amount of vitriol.

It was like a bomb had gone off. I didn’t even think I had said anything that bad, but I admit that perhaps I didn’t really think about it that much. I want a girl and if I can pay for it, then that’s OK, I can get one.”

The process of sex selection is illegal in Ireland and the UK. The World Health Organisation says that the process raises some serious moral, legal and social issues which can lead to the devaluation of women and gender imbalance. But like it or not, more and more people are choosing to pay for the gender they want. The medical procedure is called Pre-implantation Genetic Diagnosis (PGD) which is essentially a screening which allows IVF embryos to be tested for gender-related genetic conditions before being implanted into the womb. The primary aim of this test is to make sure the healthiest embryos are implanted to give a better chance of a live birth. It is usually reserved for those who have a reduced chance of fertility (those who have had multiple miscarriages, failed IVF cycles, or those over the age of 35). But PGD can also detect the gender of the embryo — certain markers indicate it’s a boy, or the absence of those markers tell you it’s a girl. The healthiest embryo is implanted in the uterus. But now, some parents are first choosing the embryo based on the gender they prefer. 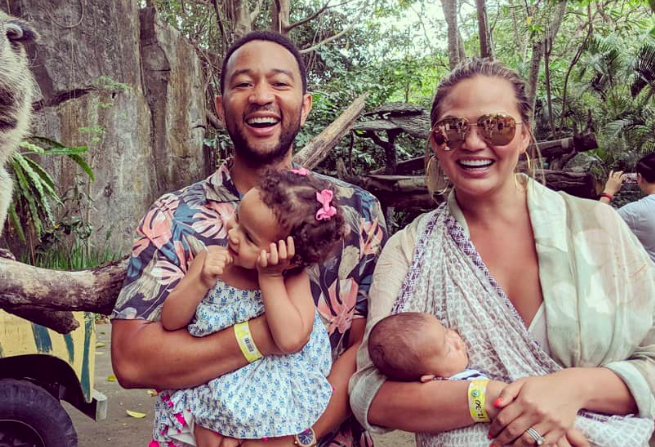 Model Chrissy Teigen and John Legend used PGD in order to ‘pick’ their daughter Luna who was born in 2016. The couple also came under criticism for ‘interfering with nature’.

“I’ve made this decision…Chrissy said. “Not only am I having a girl, I picked the girl from her little embryo. I picked her and was like, “Let’s put in the girl.”

To those who hit out at her decision, she responded with her usual wry humour. “We didn’t create a little girl. We had multiple embryos. Girls and boys. We simply chose to put in a female first and second a boy…” she explained. “We didn’t ‘throw away’ anything and still would love to have more of both in the future.”

Afraid to admit a preference

As a mother who craved a baby girl first – I get it. I get that urge that you would do anything to have a son or daughter that you have always dreamed of.  I was overwhelmingly biased when I was pregnant with my first child. Every time I imagined holding a newborn baby it was a little girl. I lingered in the baby girl section of shops praying that someday I could dress a daughter in pretty dresses. In my case, I wanted a daughter in my life because I believed I could relate to them better. I was close to my girlfriends and my sisters and to be honest I didn’t really know what to do with a boy. Of course, part of it was the cute factor of dressing them up and plaiting their hair, but it was an overwhelming urge to re-connect with my own childhood. To re-create all the things I did and to replicate the mother and daughter connection I felt I could build on. 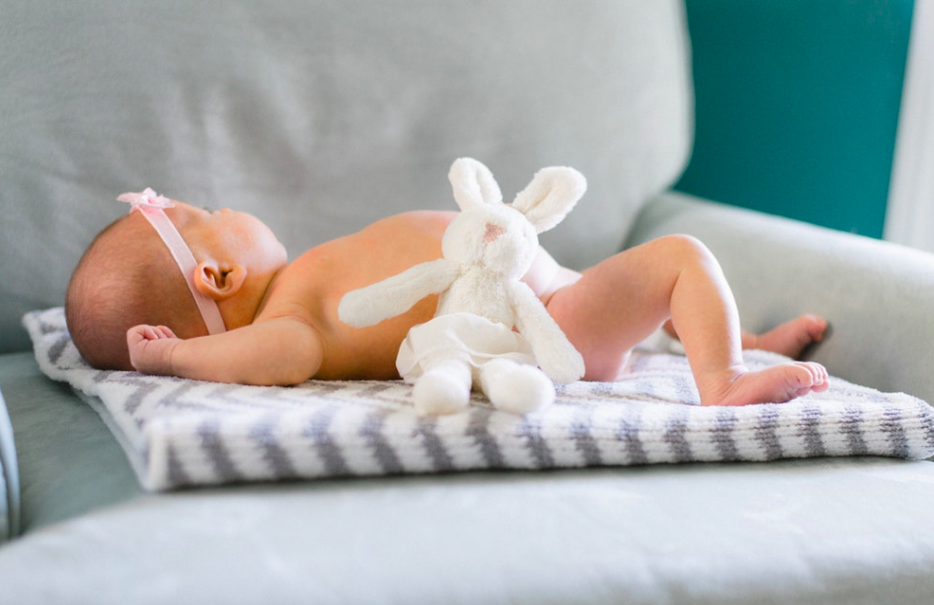 I had a vision of mother-daughter sun holidays, communion dress shopping, her confiding in me about boyfriends and of course, there would be ballet. Lots and lots of ballet, along with trails of tulle, tutus and flowers in our hair. The reality is somewhat different. My daughter is the only little girl who refuses to wear tights. Her favourite colour is green and gave up her short-lived ballet career to muck out horses. Every day she surprises me with how different she is to me and it is part of what I love about her. It is a delightful discovery that your own child isn’t just a mini-me.

But what I didn’t expect was the guilt that came with wanting (and admitting) I wanted a girl child. It isn’t socially acceptable to say it out loud because you sound so damn ungrateful. You should be simply delighted to have a healthy child…and I was. I never stopped feeling so unbelievably lucky that I had a lovely, healthy, little person. 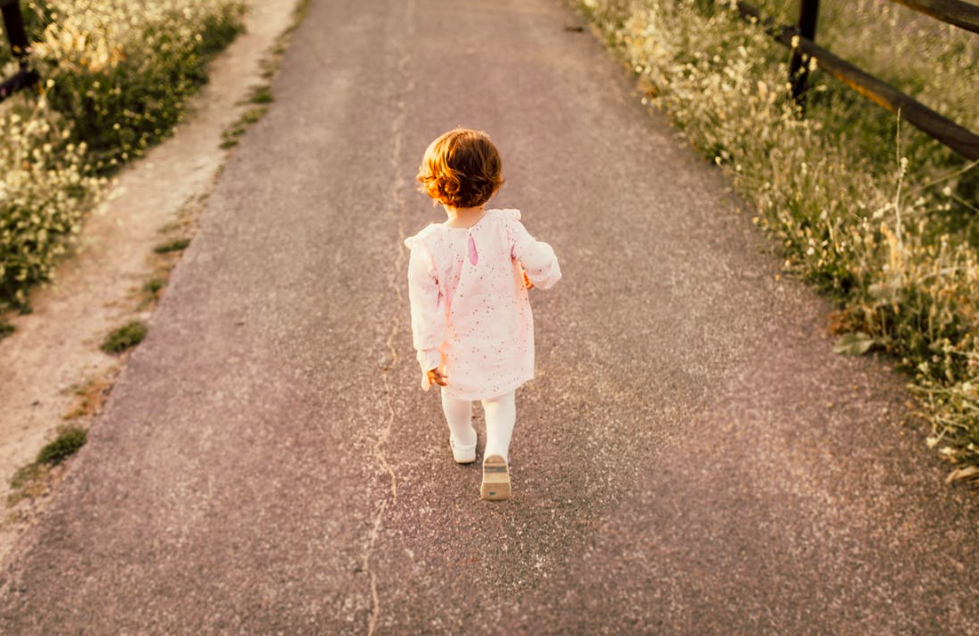 She continues to be everything I hoped for and all the rest. But from the moment I saw her, I felt so honoured to be her mum no matter if she was a little girl or a little boy. Birth has a funny way of putting everything into perspective. Of course, while I was delighting in being mum to a little girl, I began to wonder what it would be like to have a son. Before long, I began noticing cute little fellows with rockets on their t-shirts and suddenly I developed a burning desire for a little boy. 15 months after my daughter was born, we welcomed our son. My kind, energetic baby boy loves hugs and chips and hugging chips and now we couldn’t imagine life without him.

The bottom line is that we all want what we think we can’t have. Danielle has four boys and wants a girl.  I thought I would burst if I didn’t have a girl. But it turns out that you get what you get…and it is magical.

I’m more of a leave-it-to-the-universe kind of girl so I wouldn’t have been rushing abroad to select my gender, but I understand that urge – acting on it is another matter that is perhaps more accessible to those with the means and the dedication to undertake invasive IVF treatment in a foreign country.

But to those who have all boys and feel you would have loved a girl or vice versa, remember how you felt the moment you heard your baby cry for the first time – That moment when you realised you belonged to them and they belonged to you. Suddenly, that baby represented something much more than simply their sex. It is another little personality around your kitchen table, another pair of chubby arms to pull you close, and best of all, another little person to love forever  – regardless of their gender.