Have you been considering buying a Fitbit? Here we give an utterly honest review of the now infamous item

Fifty Shades of Grey is the book of the year. Prince William and Kate have announced their pregnancy. YOLO is your most used phrase.

They say the world is going to end.

But you don’t care, because you’ve got your peplum skirt, platform court heels and spiked necklace.

And your boyfriend just bought you a rose gold Michael Kors watch for your birthday and you posted a picture of it on Instagram.

Someone ate a bat and we are stuck inside. Prince William and Kate have three kids. “Will we ever see the end of it?” is your most used phrase.

You care this time and you wear loungewear like a badge of honour, but things aren’t all bad. Your boyfriend bought you a Fitbit watch for Christmas and you post pictures of it after exercising on your Instagram story.

There was a time when Michael Kors’ watches were the summit of female culture. It was circa 2014 when their light began to dim – no longer were they the focal point of a flat lay on a bed. In the years following, no other watch seemed to captivate the imagination of an audience.

That is until the Fitbit came along.

Fitness trackers aren’t a new concept. They have been around for years in a much bulkier and masculine form but they were strictly kept to the hardcore fitness enthusiast. However, Fitbit interval sprinted into our lives and tipped that narrative onto its head.

Over the past two years, its popularity has arisen with the masses.

Wearable technology used to give me the ‘ick’. I swore to only wear watches for aesthetics and time purposes. Then I found myself sitting on my couch lacking all motivation to move during a global pandemic.

All bets were off.

One Friday evening, I opened the Harvey Norman website, and as quick as you can scream “GO HARVEY GO!”, a Fitbit Versa Lite was being shipped to me all the way from Waterford.

For those who don’t know, the Fitbit Versa Lite is a slightly cheaper version of the uber-popular Fitbit Versa 2. They are nearly identical and the difference in price is a mere €40. My economical choice helped to reveal an aspect of my personality I knew was hidden deep within my psyche: I am tight.

My need to be cheap wasn’t the only deciding factor. The Versa Lite doesn’t have onboard music storage, whereas its big sister does – I decided early on that I didn’t want or need this. And the Versa Lite is unable to track how many stairs you have climbed in a day. Stairs, in my opinion, are bad enough without having to count them.

Then on a glorious sunny Monday, my lilac Fitbit arrived. It hasn’t left my wrist since. The Fitbit is now an extension of myself. I am wholly addicted to it. If this enslavement continues I’ll have to start a support group for those with an unhealthy attachment to electronic watches. New mothers often speak of their inability to not stare at their new babies. Finally, I know what they mean.

I have birthed a Fitbit and I can’t stop looking at it.

Every minute of every day, I watch it to see how it’s grown in numbers or decipher heartbeat changes and what they mean. Like babies, sleep is very important to a Fitbit. Hours are tracked with meticulous detail and your sleep is then scored nightly. The Fitbit taunts me. Last night I dreamt all my extensions fell out while I was shifting Ricky Gervais and the Fitbit had the audacity to tell me I had a ‘fair’ sleep.

Fair? Really? On what planet would that constitute a satisfactory slumber?

Then there is the steps dilemma. Those who own a Fitbit will know the watch likes to add steps where there wasn’t any. Vanity steps I like to call them. Although, it’s a Catch-22. When I don’t reach the daily requirement of strides, I feel guilt. There is no vibration or fireworks on the screen. It’s a stagnant dark reflection and I feel like an infinite failure.

To prevent this, I walk like my life depends on it. I walk up the walls. I walk to the fridge and back repeatedly. I pace the hallway and scare my mother.

When in this mind frame, I am unstoppable.

I am Pat Shortt as the speed walker in Killinaskully. I am an Olympian. I am a high vis vest.

It’s scary to think that for each new technological invention, we get a new material matter to obsess over. My friends who are fellow Fitbit owners are aghast at the bond they too feel to their watches. While we were in lockdown, we walked more than ever because of the Fitbit. Maybe there was a part of us that thought if we walked enough we might ‘step’ the coronavirus out of the country.

A bit like the job Saint Patrick did with the snakes.

The Fitbit is great and it has motivated me to move, but there is so much I don’t use. For €160, the Versa Lite is a smartwatch and provides a weather app, alarms, and meditation exercises on top of basic fitness tracking. You can receive messages and call notifications from your phone, but I will never use this feature. My phone is currently connected to the TV, laptop, and car – I don’t need the extra screen stress.

If I was to do it over again I’d choose the Fitbit Charge 4 or the Inspire. These models are for fitness tracking purposes only, with the latter coming in at a tantalising €69. However, if you want a tracker with smartphone features, the Versa Lite and Versa 2 are for you.

The Covid-19 virus has come and gone. The Irish government is sending out medals with Tony Holohan’s face on them as a memento to show we survived. “Thank God it’s all over” is your most used phrase.

Your Fitbit pings to let you know you are 5,000 steps away from your daily goal. You groan loudly in frustration. You pound those pavements like you are going to war. All the while, you blame your boyfriend for buying it for you in the first place. 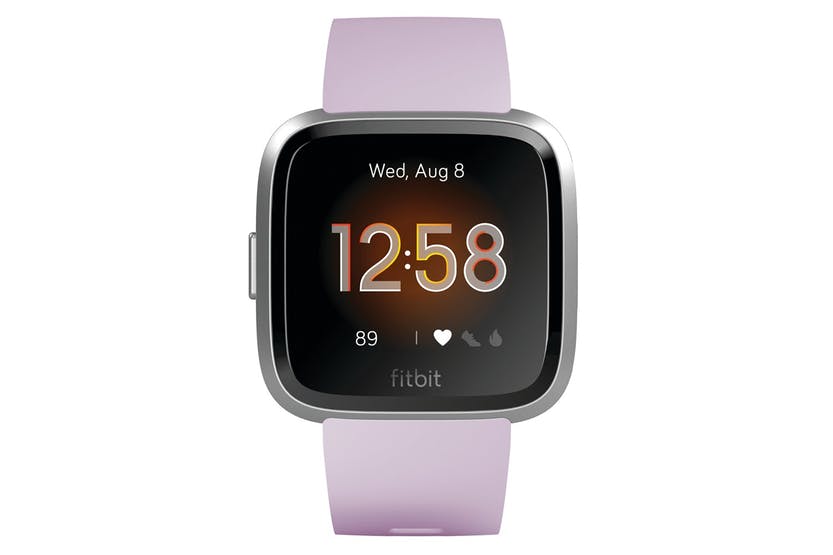 Read more: Amy Huberman: ‘I’ve learned that we are resilient, despite the wobbles we feel’

Read more: Here’s what gyms will look like when restrictions lift

‘I’ve got a confession to make: I don’t know how to swim’