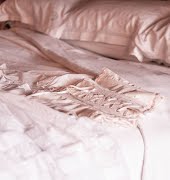 Storm Ciara is set to hit Irish shores on Saturday

The latest storm to hit Ireland in 2020 is set to arrive over the weekend.

Storm Ciara, named by the UK Met Office, is a result of very cold air sweeping across the north Atlantic from Canada, driving a system of low pressure towards Ireland and the UK.

Met Éireann have issued two national Status Yellow warnings for Ireland, as well as two marine warnings for the weekend.

According to Met Éireann, on Saturday, southerly winds will strengthen and reach speeds of 50-65km per hour, with gusts of 90-110km per hour. These winds will worsen on Sunday, with a risk of damaging gusts.

The combination of Storm Ciara with Spring Tides and high seas at this time of year means that there is also an elevated risk of coastal flooding, especially along southern, western and northwestern coasts.

The wind warning is in place from 9am on Saturday morning until 23:59 on Sunday night.

On Saturday, a spell of heavy rain will make its way eastwards across the country, with 20-40mm of rainfall expected. The worst is expected to be in the west and northwest of the country.

The heavy rainfall will continue on Sunday across the country, with another 20-40mm expected.

The rainfall warning is in place from midday on Saturday to 3pm on Sunday.

Until Storm Ciara hits tomorrow, today will start off mainly dry in Ireland, with just some patchy light rain and drizzle moving eastwards. During the afternoon, though, the rain will worsen, spreading east across the country. A blustery day is expected, with winds strongest along coastlines.

Read more: Westport: Where to stay and what to do in the charming, coastal town