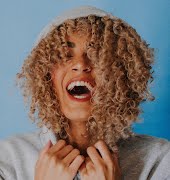 The best jokes about the pandemic to get you through the last few days of...

One of our favourite ‘Bridgerton’ characters is getting her own spin-off series – here’s what...

Calling all dog owners: Join our virtual event and #TakeTheLead from the dog experts

Work-related stress? Here’s how to reduce it

The world reacts to the awful events last night in Manchester that left 22 people dead and 59 injured.?

broken.
from the bottom of my heart, i am so so sorry. i don't have words.

Musicians and world leaders have been sending their love to Manchester.

Our thoughts & prayers are with the victims, their families & all those affected by the atrocity in Manchester. We are heartbroken for all.

Heartbreaking news from Manchester. My thoughts are with all those who have lost loved ones or been injured in this barbaric attack.

I'm heartbroken over what happened in Manchester tonight.
Sending love to everyone involved. H

Canadians are shocked by the news of the horrific attack in Manchester tonight. Please keep the victims & their families in your thoughts.

My heart hurts for my sister, Ariana & every family affected by this tragic event in the U.K. Innocent lives lost. I'm so sorry to hear this

Pained by the attack in Manchester. We strongly condemn it. Our thoughts are with the families of the deceased & prayers with the injured.

Thoughts, prayers and my whole ?? are with Manchester this evening.

Absolutely heartbroken for #Manchester. Devastating news. My love, thoughts & prayers go out to all.

All national election campaigning to stop today after the horror of whats happened in Manchester. This from the Labour leader Jeremy Corbyn pic.twitter.com/UGFUvEj6mD