Turning 40: Raising a glass to surviving and coming out the other side 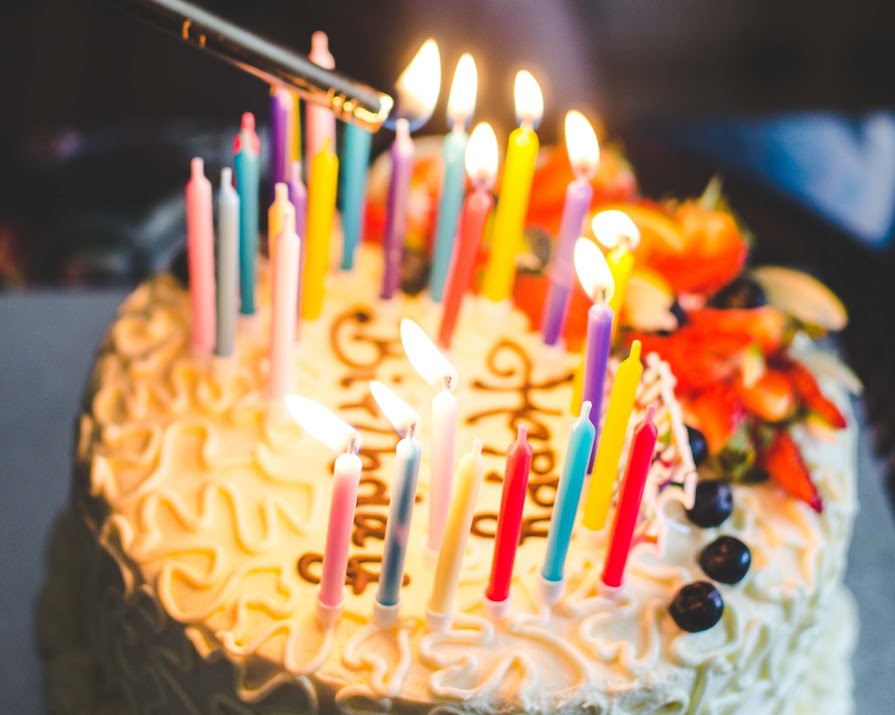 Amanda Cassidy discusses the trials and tribulations of turning forty, and how we never ever lose the child within us…

Frenchman Victor Hugo wasn’t totally wrong when he called 40 the “old age of youth”. The decade between 40 and 50 marks a transition into the world of bona fide adulthood, which can be pretty disorientating. Author Pamela Druckerman described it beautifully in her book, There Are No Grown-ups: “When I act adorably naïve now, people aren’t charmed anymore, they’re baffled. Cluelessness no longer goes with my face.”

Turning 40 means you’ve left one stage of life, but you haven’t quite entered the next. In France, it’s easier to define – it is the stage women stop being addressed as the younger Mademoiselle and instead are called the more formal Madame.

I had my own Madamemoment recently in the not-so-chic aisle of Woodie’s DIY. “Do we have any nails for wood?”, the teenage sales assistant asked a nearby manager. “This woman is looking for them.” This woman? I resisted the urge to look over my shoulder and left, horrified. Under the circumstances, masonry nails would have to do.

So the ruse is officially up. I’m a 40–year–old woman who still thinks I’m in my twenties. If I was dating, I’d be described as a lady-friend rather than a girl-friend. It’s happened so gradually that it’s impossible to pinpoint the exact moment that tipped the balance – like trying to catch that moment day slips into night. It sneaks up on you. Before you know it, you are putting the short shorts in River Island back on the rail, Communion celebrations are the biggest events on your social calendar, and you now (inexplicably) have the ability to bleed a radiator.

Related: Are we so obsessed we our future selves that we are damaging our present?

There are new rules that come with your face. Despite feeling like you’ve been promoted beyond your competence, your fine lines give others the impression that you’re now sensible, authoritative. There is pressure to be wise. Being cute is no longer cute. Friends finally take your advice, colleagues listen more and you’ve perfected the dark art of saying no without guilt. You become aware of a heady now-or-never mood that comes with entering your fourth decade of life – a renewed vigour to reconcile your aspirational life with actual life. Time to finally pin down that new career, a new passion, those multiple piercings…

Now 40 is considered young compared to when our parents and grandparents hit this milestone. Or perhaps that’s just what we tell ourselves when we hit a certain age. “Forty is the new 30,” we decide, delighted with ourselves as we clink cocktails at another 40th party. We clink to our children being out of nappies, to them not yet being teens. We raise a glass to surviving the baby years and coming “out the other side”. We cheers to our own health and that of our parents’.

Our new wisdom also means we understand that some things are finite.

In our twenties, we bobbed up and down on the emotional sea of boy drama, crushed-velvet and obsessing over Pacey from Dawson’s Creek. But growing up doesn’t go in a straight line. The truth is that we’ll probably always be that girl, the one that looks for an adult in a crisis… or in aisle number 30 at Woodie’s. Adulting is part imposter-syndrome, part crushing reality, part finally owning your sh*t.

Thankfully, the whole celebration thing isn’t too dissimilar to the wild 21st parties of our youth. We still party like rock stars and dance on chairs to “Gangsta’s Paradise” – but instead of peasant tops and Claire’s hoop earrings, we’re decked out in swishy prints and Maria Tash studs.

“Let’s plan a girls’ weekend away this year,” we vow in between giddy clinks. “To celebrate turning 40.” Girls only, naturally.

Read more: The Spice Girls in Stoneybatter. What a day to remember.

Read more: Parks and Recreation was right: Here’s why treating yourself is good for you

Read more: Juggling career and chronic fatigue: ‘I wear ‘a mask to work every day’