In tribute to a professional powerhouse, mother, wife, daughter and friend – Jennifer Taaffe

Every IMAGE Businesswoman of the Year Awards is an inspiring affair, but last year’s event was particularly special. Celebrating an outstanding roster of Irish women is always incredibly heartwarming, but when Jenny Taaffe took to the stage in a glittering blue Rixo dress to accept her award for Digital and Technology Businesswoman of the Year, time stood still in a cheesy-movie kind of way.

Having known Jenny since kindergarten and having been aware of her cancer diagnosis earlier that year, I braced myself for an emotional acceptance. But what Jenny delivered kind of summed up the woman we all knew and loved: gracious, efficient and incredibly passionate. She thanked her hard-working team who helped to make iZest Marketing Group the outstanding international business it is today, she remembered fondly attending the first BWOTY Awards 13 years ago, recalling it as “the most glamorous” event she’d ever been to. She graciously thanked IMAGE for celebrating Irish women, applauding the magazine for its efforts and the impact it has had on Irish business. She talked about her diagnosis of pancreatic cancer and refusing to accept the outcome, and she touched on the support she had received from friends and strangers and what that meant to her.

She closed her speech by thanking her “utterly devoted” husband and business partner Alan McGovern who has supported her and their two young boys, James and Rory.

While heartfelt, Jenny’s speech lacked any trace of sentimentality. She never faltered in her message. She was a woman on a mission: a mission to defy the odds and spread positivity. 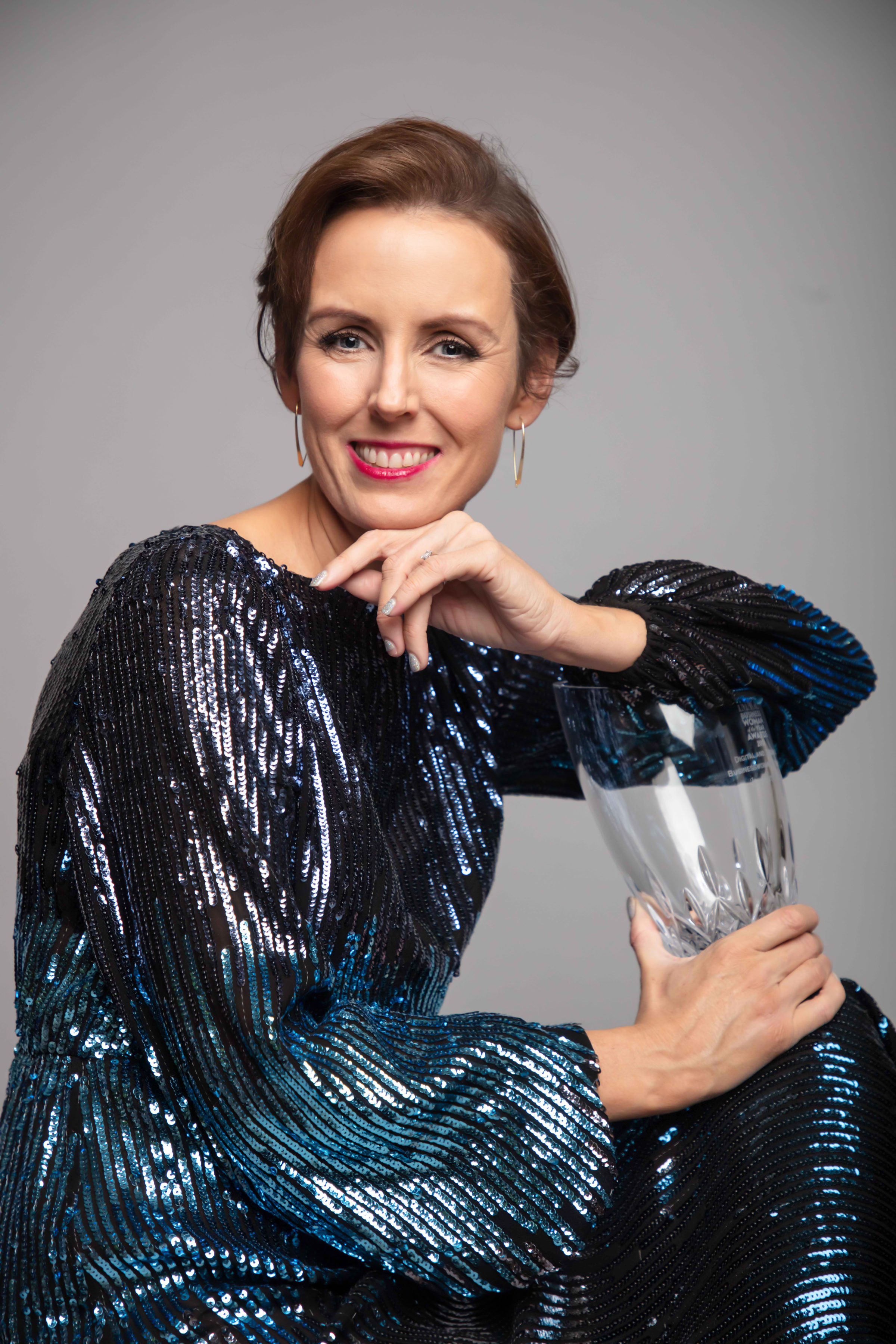 Jennifer Taaffe, the IMAGE Digital and Technology Businesswoman of the Year 2018

Over the last twelve months, she has done just that by sharing her journey with cancer on social media. People who never knew her connected to her message of hope and optimism. Those who reached out to empathise or lend support inevitably came away themselves feeling comforted and uplifted. Cancer may have forced her to dig deep in her resources of positivity and productivity this last year, but they were values Jenny lived by.

When we were Transition Year students, we plotted to bring a charity fashion show to our school. Between the two of us, and a lot of cold calling, we convinced Dunnes Stores, A|wear and other leading retailers to loan us the clothes. Jenny mapped out the actual financial plan, while I dreamed up the vision of the school hall being transformed into a glamorous catwalk. Essentially, I was riding along on the coattails of her business acumen.

Related: The challenges of small business

It was Jen’s meticulous planning that led us to present our vision to the school’s board of directors. They turned us down on the basis of insurance (not because we wanted the boys’ school involved, or so they claimed). Afterwards, Jenny got a letter from the principal saying it was one of the best proposals ever put forward by students. We laughed about how it was only addressed to her. She told me recently she kept this letter all these years.

Jenny had grand visions, yes. But she was a doer too. She would carry these traits into her working career. Having studied hotel management and received an MBS from the Smurfit School of Business, she earned her marketing stripes in the hospitality sector. In 2003, she moved to an account manager role with the newly established Pigsback.com, quickly rising to the role of MD, before branching out on her own. Her role as CEO and founder of iZest saw her being nominated three times in the last 13 years for the IMAGE Businesswoman of the Year, before taking home her award last year.

Watching Jenny shine in the business world made total sense. She was born to lead. She started her business in the back room of her house with five clients. Today, her company has offices in Sandyford, employs 16 staff and works with many large Irish and international brands, including Fáilte Ireland, the Irish Hotels Federation, John West, Disneyland Paris and many Middle Eastern brands, mainly from the travel and retail sector. When interviewed for IMAGE’s Top 40 Under 40 back in 2015, Jenny shared her advice to aspiring entrepreneurs: “Just do it.” As for the keys to a successful business? “under promise and over deliver – then tell everyone about the work you’re doing”.

Guiding the company through many challenges, in 2018 Jenny spearheaded an exciting funding and minority share sale to the Al Mana Group, one of the biggest family companies in Qatar and the Middle East (almana.com). This deal was worth in excess of €1.2 million and put the company on a firm financial footing for the future. Her positivity, professionalism and persistence is a worthy legacy, but for those who followed her journey through cancer, she offered hope and optimism in the face of life’s greatest challenges. In fact, she spoke about her illness and how it offered her a new appreciation of life in a piece for IMAGE Magazine last May.

So I’ll finish on her own words, a parting message of optimism: “I lost all fear of cancer, dying, and of anything else that I would have feared previously. I now live in a blissful state of no fear. Sometimes, when the worst happens, you have nothing left to fear.”