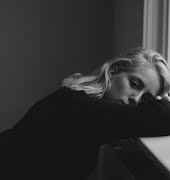 In a time when cool heads are needed - it's more than the current heatwave that's melting minds, writes Amanda Cassidy

The moon isn’t the only worrying wobble in the headlines this week as the diva Delta continues to stalk our tentative new normal.

But as scientists discover the worrying impact of future lunar shifts, another type of loon-landing was unfurling around the orbit of Leinster House.

Open, closed, allowed, not-allowed, risky, not risky. Is anyone yet clear if indoor dining is dangerous or acceptable? Or acceptably dangerous? Or perhaps it’s the danger of acceptance our leaders are struggling with when it comes to the fact that at some stage, they will have to start communicating with us as actual stakeholders when it comes to fighting the virus rather than bold children, sorry, bold vectors.

As Delta surges on, in-house bickering over indoor dining has begun erasing bigger picture problems. Children can eat indoors with their vaccinated parents in bars, the Taoiseach reassured. Phew.

But wait…Tony Holohan warns, a few hours later, grim-faced; “I wouldn’t advise it.”

So indoor is risky, but not schools? Right? Back to Junior Infants for the dunce at the back who can’t keep up with the communications team chez Dáil. Welcome to the great Irish pandemic paradox.

The plan is that we just see how it pans out

Just use your own judgment, the Taoiseach says on Saturday, as he packs his Summer Recess suitcase. Could this mean we can finally be trusted to think for ourselves? Although admittedly the link between cases and serious illness has been considerably weakened, but we still don’t know how many could end up in ICU or how many deaths may eventually be linked to Covid.

In other words, nobody is quite sure just how Pandemic, The Sequel pans out yet.

So back to that dreaded phrase “an abundance of caution” up there in dictionary hell with “wet pubs” and “new normal” and, while we’re at it, “moist”. We don’t know what’s ahead so the plan is to continue this unbearable paralysis until something becomes somewhat more clear. Got it?

“This is fast becoming a pandemic of the unvaccinated,” the WHO pointed out at a briefing on Friday. “If you remain unvaccinated, you are at risk.”

“A two-tier pandemic. Shame on you” was the slogan written on one of the placards at the demonstration among young people in Dublin during the week as people came out to protest what they call the division of society between the vaccinated and the unvaccinated, aka being allowed indoor dining or not. “This is a joke” another sign read.

But maybe the joke’s on all of us; Israel now says that the Pfizer BioNTech vaccine is weaker against the Delta variant than they first thought. New data show the two-dose shot provides just 64 per cent protection against infection.

And as Britain opens up – their day of freedom begins on Monday – Health minister Sajid Javid will be celebrating from underneath his Union Jack bedspread. From Covid, I mean… which he was struck down with, despite his double vaccination. The Great Mask Removal experiment will be watched by the world closely (with both hands over collective eyes). Because what Boris says and what Boris does have never really aligned (just ask Preti Patel).

Meanwhile, our trusted leaders, down the park, shirts off will be enjoying our outdoor summer as NPHET decides on the Holy Communion and LEGO camp fate of thousands of 8-year-olds. They can’t vote yet, right? Dirty little transmitters.

But in fairness, as smokescreens go, confusing messages and future catastrophic forewarnings seem to be working better for the government than the builders down at the children’s hospital. Or maybe they just never got those memos either?

Either way, it really is shaping up to be a long, hot groundhog summer. Everyone’s sweating, but maybe not as much as Minister Donnelly. But like our lycra-loving buddies over at Love Island say when they get mugged off: It is what it is…

Grief: don’t apologise – grieving can’t be forced or hurried along