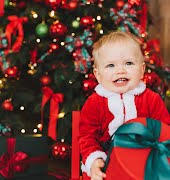 Olympian Tom Daley has announced his engagement to Oscar-winning screenwriter Dustin Lance Black. The couple has been dating for the past two years and made the news official with a notice in The Times. How very Benedict Cumberbatch and Sophie Hunter. The notice read:
“The engagement is announced between Tom, son of Robert and Debra Daley of Plymouth, and Lance, son of Jeff Bisch of Philadelphia and Anne Bisch of Lake Providence.”

The couple started going out over two years ago, some months before Daley, who won a bronze medal at the London Olympics in 2012, came out via a Youtube video in December 2013. Up until that point, Daley had been hounded by the press about the possibility of his being gay. He has since become a role model and even more of an icon for his decision to address the rumours publicly in an empowering manner which has inspired many young people. However, the?news of Tom’s sexuality was somewhat overshadowed at the time by the 20-year age-gap between him and Dustin. Daley is 21 and Dustin 41. Daley spoke about his boyfriend in his YouTube post, saying of Dustin, “Come spring this year, my life changed massively when I met someone and it made me feel so happy, so safe and everything just feels great. And that someone is a guy.” They moved in together to Daley’s London home in the summer of 2014.

Dustin is famous as the screenwriter of Milk, the Sean Penn-starring biopic of famous gay-rights activist and San Francisco politician Harvey Milk, who was assassinated in 1978. When he accepted his screenwriting Oscar in 2008 – this is a very accomplished couple – he spoke about his own journey to living openly gay and how his parents showed him nothing but acceptance. He is currently working on another screenplay, which he plans to direct, called The Statistical Probability of Love at First Sight, the Daily Mail reports.

I win looks like @dlanceblack is a sore loser 😉

Despite the age difference, the couple has been deeply committed to each other these past two years. Their Instagrams are basically a scrapbook of couple envy. There are clear skinned selfies, stunning views and ponies. We wish them both the best.

Via The Daily Mail?