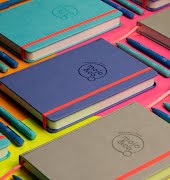 5 times Naya Rivera was the best thing in Glee

In light of the tragic news of Naya Rivera’s death, we are taking a look at five times her talent stood out while she played Santana in Glee

The showbiz world is currently mourning the tragic loss of actress and singer Naya Rivera.

The 33-year-old’s death was officially confirmed yesterday evening after she had been missing for a number of days. Rivera had been on holiday in Lake Piru, California, with her 4-year-old son Josey.

Authorities suspect that Rivera was swimming with her young son (who was wearing a life jacket) in the lake when their boat had begun to drift away. She managed to place her son safely on board but did not have the energy to get on board herself.

In the aftermath, celebrities and co-stars have been praising her not just as a person but as an extremely talented actress too. Anyone who watched Glee will know Santana was one of the best characters on the show.

Rivera played her with the perfect amount of snarkiness and charm. She was sexy, soulful, scarred, and sometimes sad. But her story arc was one of the most complete and fulfilled on television.

Here we take a look back at five instances where Naya Rivera was the very best part of the hit show.

Her coming out story

Santana had one of the best character arcs on Glee. When she first hit the screen the character was hated, but soon we saw the reasons why she possessed such a tough exterior. Her character’s struggle and subsequent realisation of her sexuality was groundbreaking and helped queer girls who watched the show to accept themselves for who they were. Rivera’s portrayal of the storyline and her relationship with Brittany was heartbreakingly beautiful and all Glee fans agree it was a highlight of the show.

When she sang Landslide and everyone cried

Along with Brittany and Holly Holliday (played by Gwyneth Paltrow) Santana covered Landslide by Fleetwood Mac. The scene is now regarded as one of the most emotive in the show. Confused about their feelings and relationship, Santana and Brittany ask Ms Holliday for help in how to express themselves. For the first time in the show, Santana let her guard down and everyone watching cried for hours.

Santana’s taunts were world-class on the show. She was straight up and cut-throat, but the pay off was hilarious and kept viewers coming back for more. This video highlights her best.

This performance of Valerie

The heights of Rivera’s talents were not explored until later episodes but her solos were epic. This performance of ‘Valerie’ in season 2 cemented her place as one of the stars of the show.

If I Die Young

Santana sang this in season 5 in an episode that was titled Quarterback. The episode was a tribute to Finn the character and Cory Monteith the actor who had died. The song is devastating and is made all the more poignant listening now in light of the recent news.