Three Reasons Why Bread Is Considered A SuperFood

Christmas can often be synonymous with words like gluttony, full, and heavy. We’re all guilty of eating ourselves into a coma-like state at some stage over the break; after which comes the guilt, regret, and bloating.

Some organisations, like the infamous Atkins Diet, for example, recommend eating a low carb diet during Christmas to avoid any unnecessary weight gain. Of course, over consumption of any food type is bad for your body and mind, but normal intake is vital for healthy brain function. ?In a bid to fight the festive fear of bread and carbs, IMAGE’spoke to GP and award-winning columnist?Dr.?Ciara Kelly about why our bodies need a diet rich in?bread?and carbohydrates, and the three top reasons why bread is actually considered as a superfood. 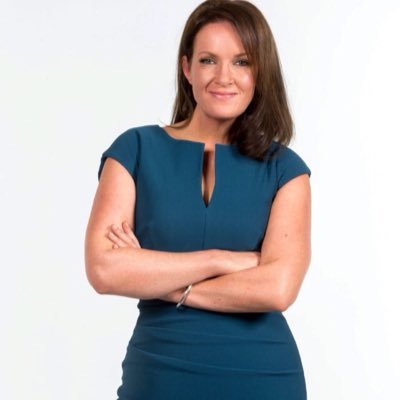 Yes; bread helps your brain to function better; particularly when you need an energy kick. According to Dr. Kelly, it’s all about the glucose: “our brains are entirely dependent on glucose for its fuel, and the digestion and absorption of carbohydrates are the quickest way to provide that energy. Bread is a high glycemic food so it provides energy quickly and is necessary and ideal if you are tired and in need of a quick pick me up.

Our relationship with bread and carbs tends to fluctuate as they fall?in and out of foods that are considered ‘trendy’ (heads up: vegetable yogurts and cactus water are the upcoming food trends for 2017). Carbs, in particular, became very unfashionable a few years ago because it was thought that they provided no nutritional value. When in reality, bread and carbs?are?important parts of a balanced diet and provide us with energy to get through the day, as explained by Dr. Kelly; “There is a lot of fashion around food ?trends? so things are in or things are out. Fat used to be the enemy; now it’s sugar – protein is king etc.?We get more iron from bread than meat and fish dishes and bread is the second highest contributor to the calcium intake of the Irish population. There is no scientific evidence that says that any bread should be avoided unless you have a diagnosed wheat allergy or bowel disorder. There is also no scientific evidence that regular consumption of bread causes bloating or digestive problems”. As well as that, bread is not as high in sugar as originally thought; with only 1% of our sugar content coming from bread.

3. White bread is good for you.

Some bread is higher in fiber than others but we are not dependent on bread to get fiber in the diet so I would say chose the one you love the most. There is absolutely no scientific evidence that white bread causes damage to the body and as it is low fat and low sugar with protein, iron, calcium and fiber, it actually is a healthy food.?How many portions of carbohydrates you need depends on the amount of exercise you do; 12 portions of carbs would be for someone who does a lot of physical activity and six would be for someone on a low energy diet. So for example, two slices of bread are equal to one portion of carbs so if you have two slices for breakfast and two slices for lunch, then you will have used two portions of carbohydrate and the remainder can be made up from cereal, potato, rice etc.

As with all foods – bread should be enjoyed as part of a healthy balanced diet and provides a host of nutrients. The myth that bread is bad for you is not supported by Registered Dietitians/Nutritionists.