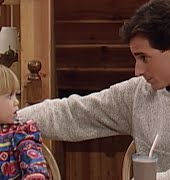 Only a day after a fast-moving fire began in Northern California, the blaze near the town of Paradise had grown to nearly 140 sq miles and had destroyed about 6,500 structures. It has now incinerated a town of about 30,000 and killed at least 9 people, according to local authorities.

With fires also burning in southern California, state officials put the total number of people forced from their homes at 157,000. Evacuation orders included the entire city of Malibu, which is home to 13,000, among them some of Hollywood’s biggest stars. There was really no firefight involved,” Capt Scott McLean of the California department of forestry and fire Protection said.

“Pretty much the community of Paradise is destroyed. It’s that kind of devastation,” he said.

People reported seeing much of the community go up in flames, including homes, supermarkets, businesses, restaurants, schools and a retirement centre. Many homes have propane tanks were also reportedly exploding amid the flames.

California needs help ? Here is a list of fire evacuation centers and animal shelters (for both large and small animals). And this site links to several places you can donate to help those affected by the #wildfires: https://abc7.com/how-to-help-those-impacted-by-woolsey-fire-hill-fire/4655150/ #CaliforniaFires #Malibu #WoolseyFire pic.twitter.com/iczVJqQ8hR

He explained that crews gave up attacking the flames and instead helped people get out alive. “These firefighters were in the rescue mode all day yesterday.”

While the cause of the fire was not known, Pacific Gas & Electric Company told state regulators it experienced an outage on an electrical transmission line near Paradise about 15 minutes before the blaze broke out.

Thousands on social media are sharing links of helplines and to aid those seeking to find loved ones missing. Among those who asked for help was actor Charlie Seen who was searching for his parents, Martin and Janet sheen.

i cannot
get ahold of
my parents,
Martin and Janet Sheen.

they
are in the
group, at the
staging ground
near Zuma Beach.

if
anyone
has eyes on
them,
please let me
know that they
are safe and sound
in the middle of
this horrific scenario.

thank you
in advance.

They were later found safe by a US news crew, amid the evacuation of areas threatened by the fast-moving wildfires.

Work continues on the fires as many are evacuated from the affected areas.

Our thoughts are with all those affected by the devastation.