Thinking Of A Career In The States? These 3 Irish Girls Did It

Living the American dream, going to the Land of Opportunity, the New World : They are all synonyms that have led Irish men and women Stateside for centuries. We meet three up-and-coming Irish creatives who are marking a successful career in the U.S.

Having secured a place at The New School, New York, singer-songwriter Richardson, below, moved to the Big Apple in 2009 on a whim. The city immediately presented?the now-25-year-old with an opportunity to play gigs for friends? art show launches, which instantly introduced her voice to the American public and cemented her presence in a scene that many foreign artists have tried and failed to break into. Widely successful releases (73,000 SoundCloud plays of her ?Petrol Station? track, released this summer, and over 200,000 listens of her penultimate EP, Last Train) and gigging across the US and Canada have made Richardson a figure of importance on the North American music scene. She was picked up by New Jersey hip-hop duo CON VOS, with whom she released an EP in February, garnering attention from big names such as Nylon magazine and Indie Shuffle.

These collaborations have helped Richardson to develop her sound, but she acknowledges that surviving the cancer she discovered at the age of 20 changed her perceptions: ?Before I had thyroid cancer, I wasn’t taking music seriously. I was just living in New York and having a good time – I took it for granted. My whole focus had to change once I was diagnosed: the hospital visits, the three surgeries, the doctors saying there could be long-term damage to my vocal cords … After each surgery, I’d wake up hoarse for weeks on end. After two years of treatment, and having finally been given a clean bill of health, my priorities shifted towards music.?

Richardson has been making sonic waves on the NYC music scene with her catchy guitar melodies and honest lyrics, but it wasn’t always this way. Her first vocals were?heard at a small open mic night on the East Side, and Richardson – who now returns from Manhattan to packed-out shows in Whelan’s and The Workman’s Club in Dublin – admits, ‘during those gigs, I was so nervous, even though I was playing for, literally, my three friends and the bartender!? She tries to return home as often as possible to play shows with Irish friends, and feels the ‘sense of community in the Irish music scene is harder to find in New York, although working with such a variety of artists here has broadened my sights and my sound.? 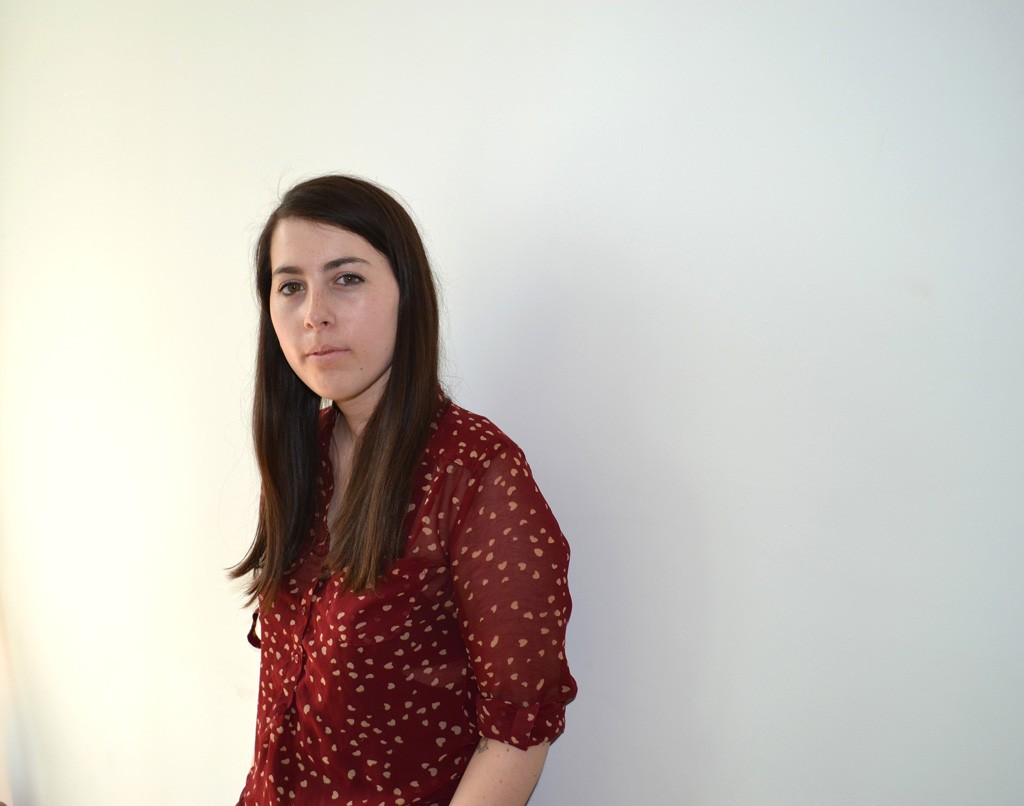 Raised by a Serbian journalist couple in Cyprus and Dublin, the Yugoslavian-born Ines Novacic, above, was convinced from childhood that her future would be in reportage, but she probably never thought she’d be Skyping IMAGE from a back room within the immense CBS offices off Manhattan’s Fifth Avenue.

The 26-year-old does maintain that her multicultural background, which involved constant travelling as a child, made it almost inevitable that she would ?nest in a crazy, beautiful and bustling city like New York?. Novacic cheerfully describes producing documentary-style social justice stories for the 80-year-old media institution as??a unicorn job, a dream job?.

But with lofty dreams come harsh realities. Novacic describes how she felt investigating the disappearance of American children in the US who were being sexually trafficked. ?It’s tough. I don’t think it’s possible to turn off emotionally from that kind of subject, nor do I think that’s a good thing. If you don’t care, why would anyone else? An ability to work through the emotions you’re grappling with is important because your audience will also respond emotionally.?

This intrepid reporter first dipped her toe in the journalistic pond at Trinity News and Totally Dublin before moving to the US to train with a political think tank. She followed this with a master’s in broadcast journalism at Columbia University, earnestly describing it as ?the best ten months of my life?. Simultaneously, she won a fellowship from the university to cover religion in Italy, interned at NY1 News, and worked for The Irish Times? Washington correspondent, Lara Marlowe. What is it people say about a New York minute …? Although newsrooms are a man’s world in Novacic’s view (‘most news anchors and executive producers are men?), she says she’s lucky to work for a female executive producer. ?It’s harder to be female in this field, but a lot of women are changing that,? she adds. No doubt Novacic will be one of them. 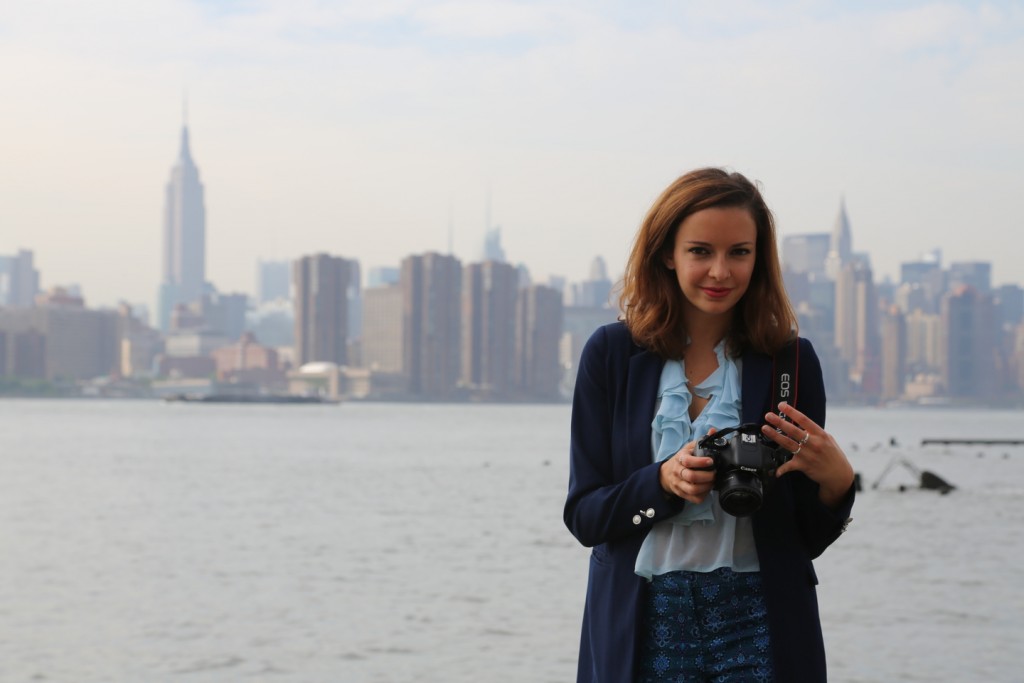 Ward begins our video interview from her sunny LA Airbnb apartment, where she explains that despite a terrifying car accident just days before on one of the city’s enormous boulevards, nothing could put her off this town. Ward is living the LO-LA (London-Los Angeles) dream: commuting between both cities with her camera in tow. The 24-year-old Dubliner is making a name for herself in the world of video and photography, and boasts a client list that includes sportswear giant Adidas, menswear designer Alan Taylor, as well as international magazines such as GQ, Vice and Nylon.

Ward was literally putting the finishing touches to her final end-of-year art show at London’s Camberwell College when a phone call came that would change her life. Her friend and collaborator, stylist Luci Ellis, announced that they were booked for the AW13 Adidas Originals campaign. Company talent scouts had spotted her work online. Within two days, Ward and Ellis were on a plane to the Adidas HQ in Germany. But the most thrilling part, she explains, ?was the enormous room full of inspirational images for the campaign, one wall of which was dedicated entirely to my work,? she enthuses. Adidas subsequently re- commissioned Ward to shoot up-and- coming hip-hop artists, and she was jetted off to Miami to photograph rappers such as A$AP Rocky, Robb Bank$ and Denzel Curry.

Although she studied fine art at Camberwell, Ward’s interest in photography began when she worked as the online PR for American Apparel’s Dublin store. Ward’s photographic style focuses very much around collages, which she uses regularly in her photo- stories. As a child, Ward’s mother would encourage her to make birthday cards by ripping up old ones and gluing the pieces back together in an interesting way. When Ward’s mother passed away when she was 17, ?I had boxes and boxes of photos of my mum, so I started doing the same thing with them. I guess I was trying to bring them to life and add something new to them.?

What began as a little bit of homespun craftiness evolved into a signature style that is winning her contracts on both sides of the Atlantic. She’s clearly captivated by LA, though: ?I’m so inspired here! For anyone who creates imagery, LA is heaven.?

Ward says she appreciates what Ireland has to offer every time she returns home, but ?bumping into respected industry insiders on your doorstep? is a big draw to LA and something Dublin can’t offer right now. Ward then tells me of a recent encounter that could only have happened inLosAngeles…atthebarofaYSL event, a gentleman asked her what she did for a living. ?I told him I was planning to become the best music video director of my generation. I had no idea who he was.? The gentleman in question was, in fact, Nabil Elderkin, one of the world’s leading video directors – he’s collaborated with every important American musician, from Kanye West to Nicki Minaj. The following day, he and Ward spent an hour on the phone talking shop … watch this space! 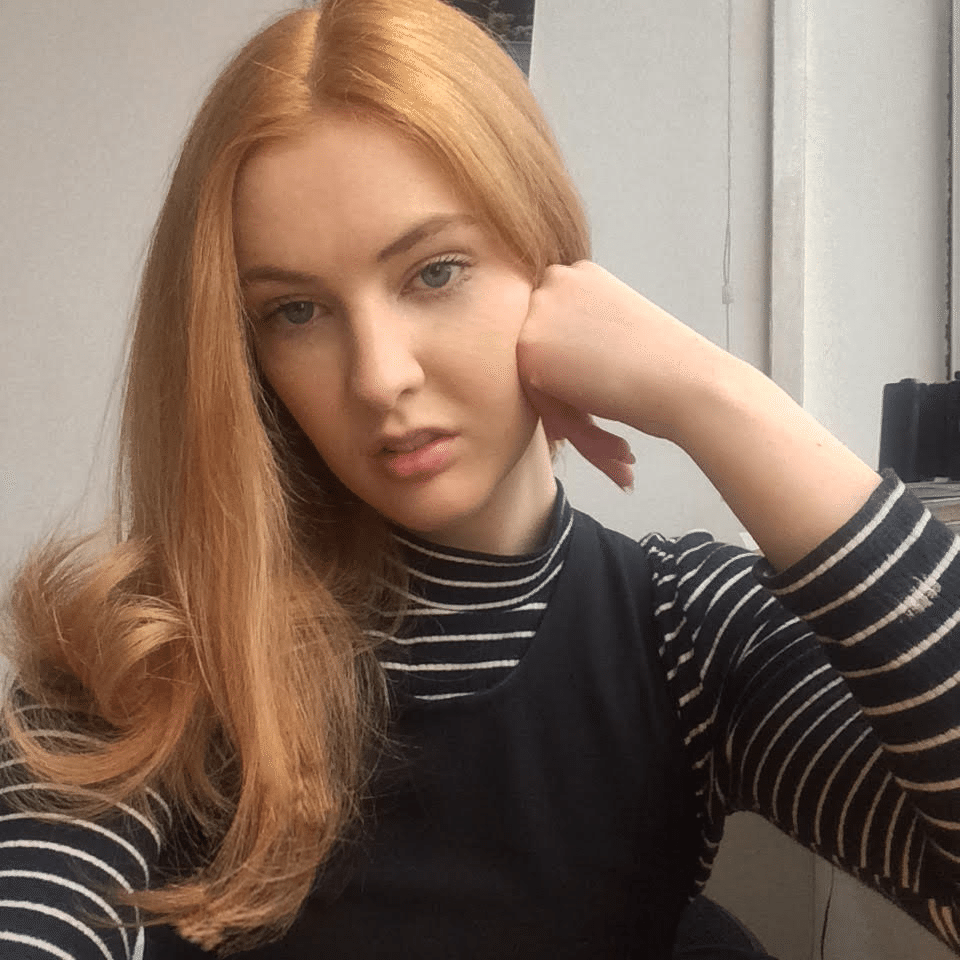