People tell me fairly regularly that I’m brave to write this column. Sometimes they mean it genuinely. Brave to be so honest. At others, when the sentence ends in a question – you’re so braaave? – they actually mean ‘so crazy’, no question about it. To reveal so much.

Either way, I’m not brave. Because to be honest, it doesn’t take much out of me to be this open; because I don’t really think it’s that big a deal; to admit that some things are difficult… That a marriage break-up is difficult. It seems kind of obvious, in fact, that that would be the case.

From the point of view of bravery for doing something that is scary; no, I’m not. I don’t find it scary. So I’m not brave, because I’m not scared.

Related: There is nothing more radical than liking your own body

But it’s also because I think it is not brave to simply show yourself truthfully. Or rather, I would like if it was not considered brave.

Since when did it become brave to simply reveal our true selves? As if there was something so scary, so secretly awful, about those selves, that the revealing of them was an act of bravery. 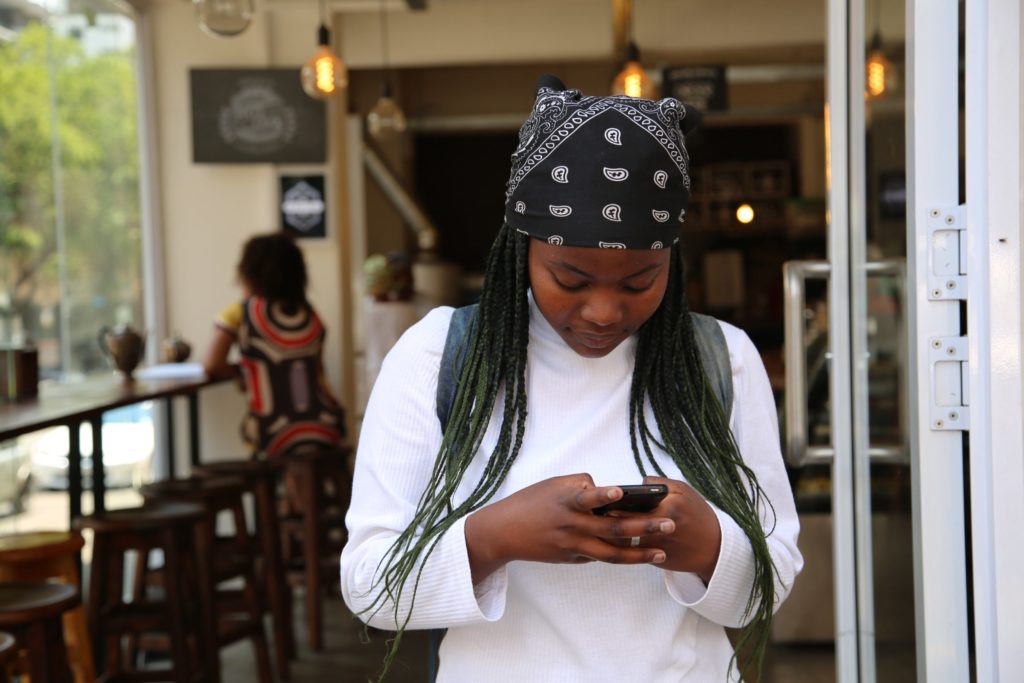 Photo by Angelo Moleele on Unsplash

Posts about stretch marks or size-twelve bodies on Instagram are lauded as acts of great bravery. And I get it. It’s not their fault. They are being brave, I suppose. Because the depressing truth is that to admit to anything other than perfection – to admit to normality (be it a stretch mark or a separation) – is deemed some sort of courageous act.

They have been made to feel that their real selves (selves often not even remotely far from the general norms) are so far from the standards of perfection we have set ourselves, that to show them is brave. Come on.

Last week, the writer Rachel Elizabeth Cargle wrote a piece for Harper’s Bazaar titled Why Posing Nude Isn’t ‘Brave’. The standfirst of the piece (the bit that comes directly after the headline), read, “Please note: I’m not a social martyr of courage for simply existing happily in my body”.

In it, she describes the response she had to a portrait she posted of herself on Instagram, taken for a series by photographer Sarah BahBah, in which she was naked.

There was a lot of excited encouragement. And some trolling. But then Cargle noticed something else. Comments she described as posted with the best of intentions, under the guise of encouragement, telling her how brave she was, for posting a picture of her naked body.

She questioned whether the same statements would have been made if she was a (US) size 4. “Not often do I see thin bodies being hailed as social martyrs of courage and bravery for posing nude and showing skin.

“Telling me that I’m ‘brave’ for simply existing just as I am was a thinly-veiled projection of how people actually feel about a body that looks like mine. You’re what I understand as a body that is not enough, they think to themselves, but you push through with bravery and post that not-enough body anyway”.

To tell someone they are brave, simply for revealing themselves as they are? They’re not brave. Or at least, they shouldn’t have to be considered so.

Lia Hynes’ podcast series, How to Fall Apart is available to stream from multiple platforms, including Spotify, now.

Read more: How To Fall Apart: An Irish female podcast to help you pick up the pieces

Read more: We could all learn something from Jacinda Ardern’s ‘wellbeing budget’

Read more: The power of a compliment – and why Facebook ‘likes’ don’t count

Facebook down: The digital apocalypse has ended but the memes live on

The rise of Internet rage: Why we need to stop hiding behind ‘just my opinion’