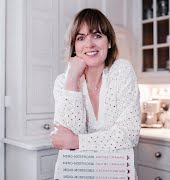 When Liadan Hynes’ marriage fell apart she had to work on adjusting to the new reality. In her weekly column, Things Fall Apart she explores the myriad ways a person can find their way back to themselves.

The schoolgirls and I go to a yoga grounding workshop.  As is the way with people you’ve known since you were four, I instantly regress to a giggling teenager when we arrive to a room of silently stretching, peaceful individuals.

Related: It’s okay to talk about the bad stuff

As is the way with aspirational yoga teachers, much of our group instantly imprints on the teacher; who is a chestnut-haired vision, clad in various autumnal shades. I find myself wondering if orange yoga pants are actually a good idea, and whether I might, in fact, consider a toe ring. Or even a tattoo.

Getting into the swing of it

Usually, I prefer my yoga workshops more ‘Lululemon ambassador and ‘Pilates inspired’, than ‘incense and Om’, which this is. But our intensely calming instructor, blessed with a hypnotically melodic voice, soon lulls the thirteen-year-old giggling back-of-the-classroom school phantom girls from the room.

There’s a brief moment when she emits a loud chant of “ommmmmmm” where I can feel my friend and fellow sceptic beside me also do a full body clench of panic, and I wonder that our combined inner scream of “nobody said we would be chanting” doesn’t deafen the room. 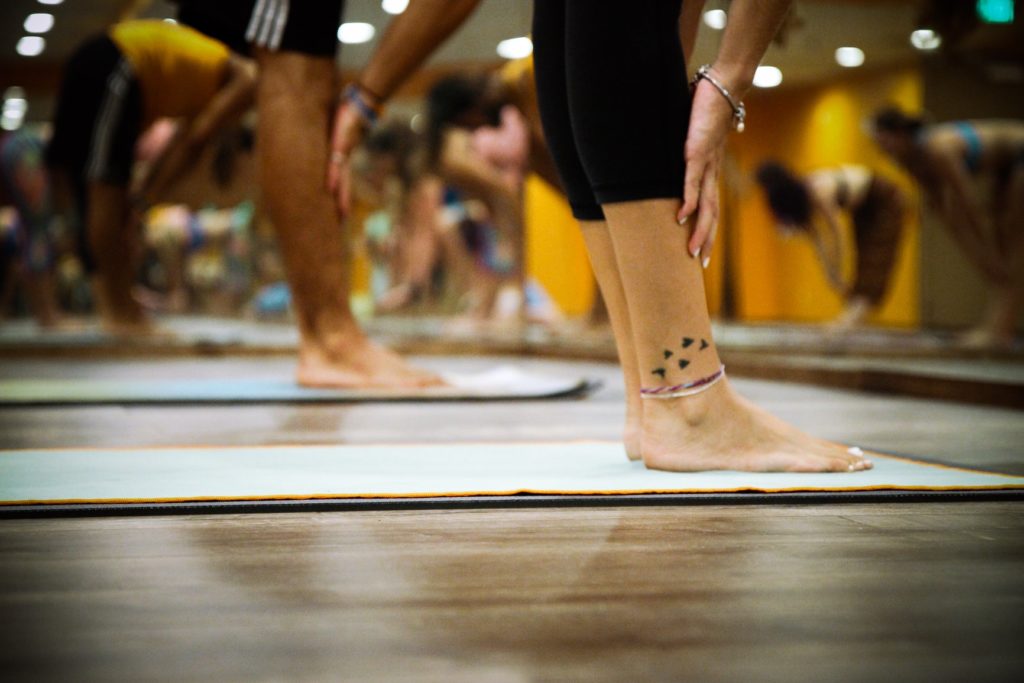 Photo via Tim Savage on Pexels.com

But mostly it’s lovely. We had arrived in various states of tizzy, caused by a combination of the life stressors of your thirties; young children, heavy workloads, big new jobs – taking their toll. To begin with, at least half our group was in that resentful mood you sometimes approach lovely-things-that-are-good-for-you with when in a state of stress.

She talks about how this time of year can be a bit changey – a bit up-in-the-air. A lot.

And how it is important to ground ourselves. Mostly, this involves doing stretches, but there’s a breathing technique whereby you lie on the ground and imagine your in-breath is the earth below your out-breath, and vice versa, which is just vividly enough described as to be quite powerful.

Stress comes in many ways

Sometimes when you’re in the middle of a period of crisis, you forget how stressed you are. The stress creeps up on you, rather than announcing itself one day like a sledgehammer, so it becomes your new norm. Like the frog in the water that boils so slowly, it doesn’t notice the increase in temperature.

Or maybe you do notice it, but there’s just not a thing you can do about it. It’s there, an unwelcome but unavoidable part of life until you can wade through this difficult time to the other side. 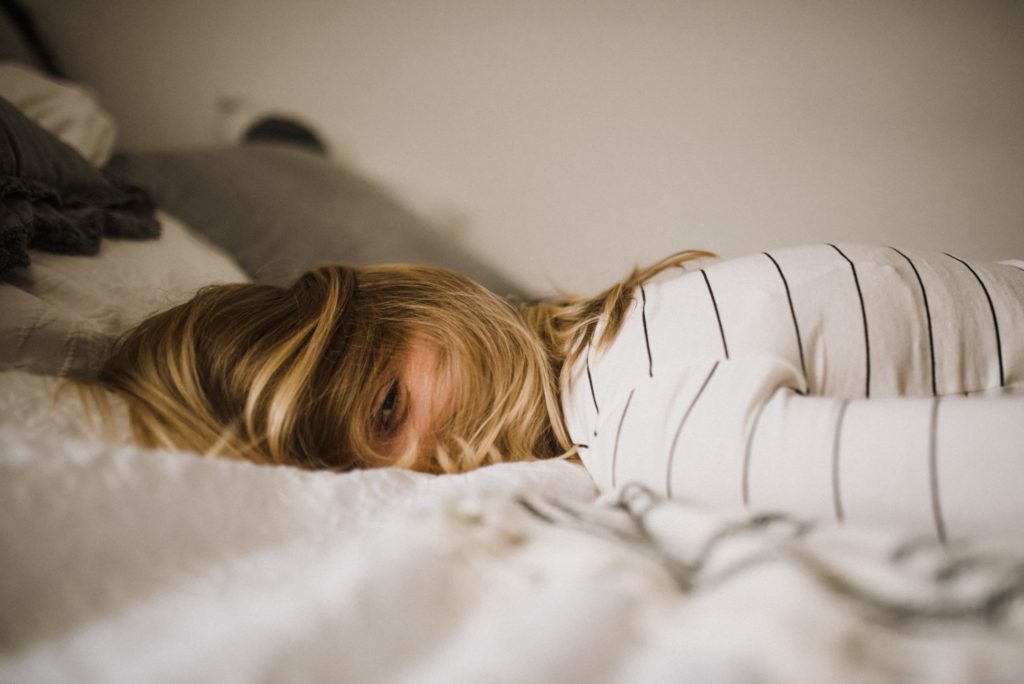 Photo via Kinga Cichewicz on Unsplash.com

And so you need to find moments, or people, or things or activities, that ground you. By which, I mean, give you a feeling of having settled. Of coming down, or out, of the stress, even momentarily. Those in whose company you feel your anxiety dissipate, the butterflies in your stomach settle, or aches and pains in your shoulders and neck release. With whom you belly-laugh or sit in comfortable silence. Whose company demands nothing of you, but offers a sense of calm you take with you afterwards.

Whom you leave fortified.

The kind of calm, undemanding person who doesn’t get swayed by little stresses, can unwind instantly; rather than by dint of an involved process of yoga, exercise, wine and Netflix that the rest of us require.

People like that provide moments of grounding in times of crisis. Little plateaus to rest upon.

Related: The importance of surrounding yourself
with like-minded women

My friend Maria, a life coach I once interviewed and then attached myself to as a friend (whether she liked it or not) because she is one of the wisest women I know, speaks about your body language, and how it can ground you.

The Wonder Woman pose, in the bathroom before a big meeting. Hands on hips, feet firmly planted. Proven to calm things down. “Grounded shoes, Lia,” she tells me. No spindly heels. Feet on the floor, back straight. The kind of stuff that makes you feel strong in the moment; calm… a force.

What we teach our children

I bring my daughter to her weekly ballet class and she and all the other four-year-old girls swirl around in a morass of pink and purple gauzy skirts; all twirling arms, fluttering hands, delicately bendy legs. And then an older sister of one of the girls arrives in her martial arts outfit.

Her back is ramrod straight. Hands firmly on hips. She marches rather than twirls. There’s something rather magnificent about her. 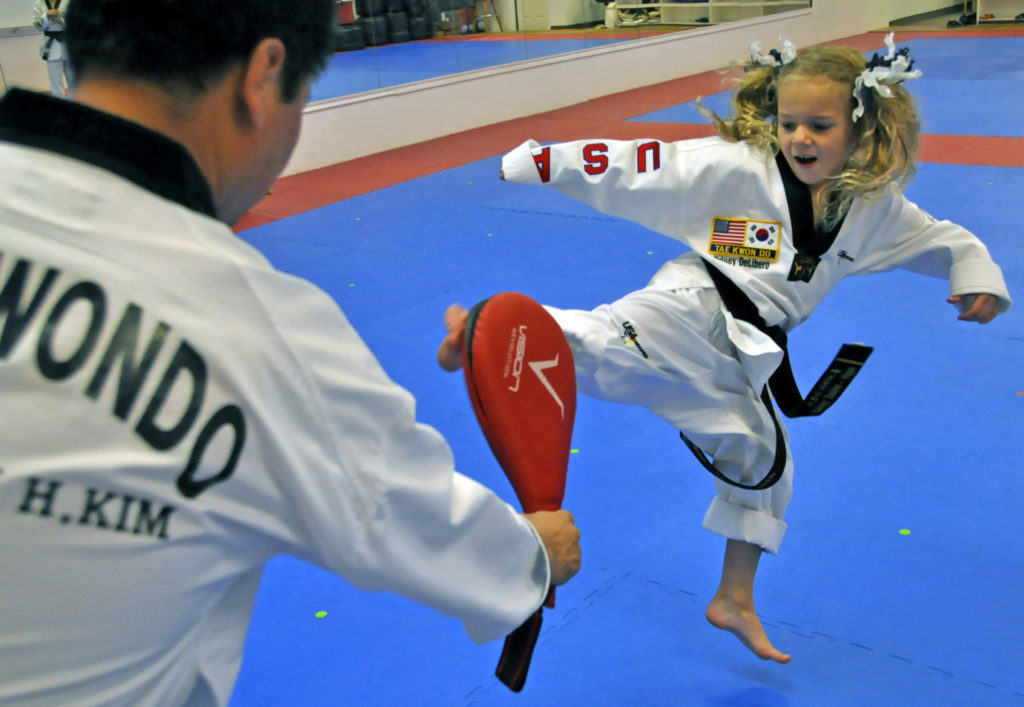 She turns to her mother and clings affectionately to her leg for a moment and they smile adoringly at each other; and then she turns away again and the hands are back on the hips, the back is bolt upright again. Around her, the little girls twirl prettily.

And I realise how as women, we’re taught to be malleable, flexible, cooperative, and accommodating. Don’t break, but do bend. Bend until you might as well be a bit broken. Adjust. Accommodate.

Be strong, but be strong for others. Hold them up, keep things together.

This little girl’s feet are firmly planted on the ground. Her shoulders are squared.  She is a warrior.

‘All my friends have kids, and it feels like we’re running out of things to talk about’