The Importance Of A Good Night’s Sleep

Want to achieve your best body yet? Celebrity trainer JAMES DUIGAN says, alongside nutrition, movement, and mindset, a good night’s rest is all you need.

Sleep is your body’s opportunity to regenerate, recharge and replenish. It’s when everything you did throughout the day gets processed- physically, mentally and emotionally. Without proper, good-quality sleep, any transformation to your overall wellbeing becomes difficult or close to impossible. On the wonderful flip side of that, a good night of deep, nourishing, quality sleep has the power to transform your mind and body. If you’re exercising intelligently and eating nourishing foods but not sleeping well, it’s like having lots of fuel in your car, but a flat tyre. If I don’t sleep well for a few nights in a row, I spend the day slightly hysterical and things don’t feel quite ‘right’. I lose my sense of certainty and stability. Sleep will also give your brain a much-needed chance to process all the other things going on in your life, so that you wake up the next day feeling fresh, recharged and restored. It is the time when our body does most of its physical restoration, when we actually burn fat and metabolise all of the things that need to be dealt with. Don’t underestimate the importance of sleep. It is the foundation on which your health (both physical and mental) is built.

THE BIOLOGY OF SLEEP

When we sleep, our body gets to work. Sleep enables the following changes to occur: brain development; metabolism of fat; appetite regulation; immune strength improvement; increased creativity; memory enhancement. A 2014 study from Duke NUS Graduate Medical School found that the less we sleep, the faster our brains age. is obviously has a direct effect on our overall wellbeing. Another study, from Uppsala University in Sweden, showed that men who reported suffering sleep problems were one and a half times more likely to develop Alzheimer’s (movement is another very powerful way of preventing this). Sleep is closely connected with mental health. Researchers in France have found that consistently early bedtimes help to reduce our risk of mental illness.   It’s because sleep disturbances affect our dopamine levels (a neurotransmitter associated with the pleasure part of our brain), so limited sleep can be a trigger for depression, schizophrenia and bipolar disorder. In traditional Chinese medicine, it is believed that each organ has its point of highest and lowest energy.

Many people make the mistake of underestimating the importance of sleep, treating it as the least essential of the four pillars (the other three being nutrition, movement and mindset). But sleep is the missing piece in the puzzle of perfect health. From the moment you wake up, if you’ve had a good night’s sleep, you’ll be more inclined to make better, kinder and more powerful food choices, and be in a better place to make decisions and react to situations. You’ll be calmer, more centred and self-aware, and less prone to ridiculous behaviour (tantrums, angry outbursts). 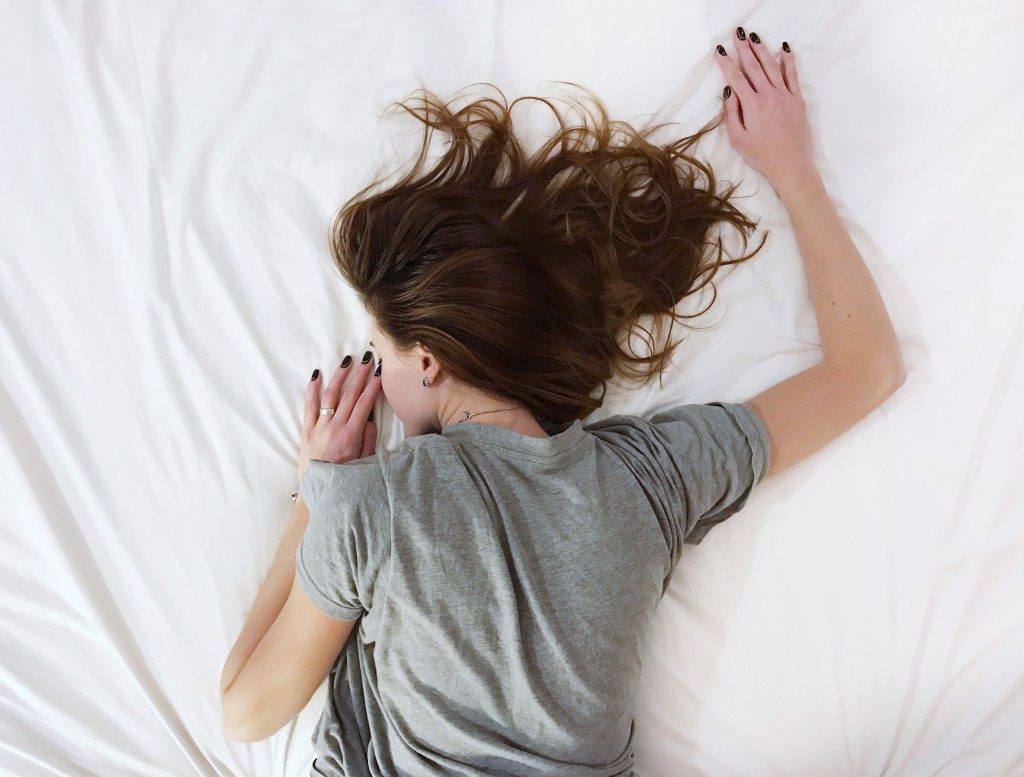 So, is sleep the most important pillar? It’s difficult to say, because, if you don’t move well and eat properly, you will, in turn, have a tough time sleeping. But, on the other hand, if you don’t sleep well, then you won’t move with as much energy and focus, your food choices will be poorer and your tired mental state will just make life generally more difficult to deal with. If you can really master getting a nourishing night’s sleep, you’ll find you feel less stressed and are more likely to be kind to yourself – both of which will feed into the way you approach the other three pillars. Some people supposedly function brilliantly on five hours a night. I’ve read stories of people like Leonardo Da Vinci and Thomas Edison (who apparently developed diabetes) and other geniuses who barely slept. But, of course, aside from their famous achievements, I do wonder how happy they truly were in their day-to-day lives. In the past, I’ve been addicted to not sleeping. (Yes, that is a thing.) I went through a stage of going to bed at 2am and waking up for work at 5am. My closest friend started to notice my mental state and said he was worried about me. I’d wake up in the morning almost hysterical, promising myself I’d have an early night that evening, but then the evening would come round and I’d be keeping myself busy until the early hours of the morning. I’d eventually collapse into bed exhausted. Once I’d realised how important sleep was, I set out to change my relationship with it and began to go to bed at the same time (10pm) as often as I could, and wake at the same time every morning.

A study by Exeter University found that sleep almost doubles our chances of remembering previously unrecalled material. If you want to be sharp and focused in the day, you need to sleep properly the night before. And it’s not just for our mental health, either, according to Dr David Gozal, chairman of paediatrics at the University of Chicago Comer Children’s Hospital. He explains that “fragmented sleep changes how the immune system deals with cancer in ways that make the disease more aggressive.” Our immune system is certain to suffer if we haven’t had enough rest. Sleep deprivation results in higher levels of stress and puts our bodies on high alert for danger. This stressed-out state leads to the release of cortisol, which in genuinely stressful situations can save your life. However, when cortisol is constantly being released, it encourages your body to store fat around your stomach. That’s why so many stressed-out and sleep-deprived people hold fat on their tummy.

A 2012 Harvard Medical School study found that healthy adults who normally slept an average of eight hours and were asked to sleep an average of 5.6 hours a night for three weeks had a decreased resting metabolic rate and increased glucose levels after meals, compared to before the experiment. Both of these effects increased their risk of obesity and diabetes. If we haven’t had a good night’s sleep, the next day we’re more likely to eat foods that don’t work for us. In a University of Pennsylvania study, one group of participants was kept awake all night, while another was allowed to sleep. e people who stayed up all night ate nearly 1,000 additional calories overnight, and the next day they ate far more than the group who had slept. We know we are less decisive on little sleep, so it’s easy to see why we’d choose unhealthy foods and have less self-control if we haven’t had a good night’s sleep. Our willpower weakens, which leads to unhealthy choices.

I call this ‘spinning?: when your mind is running through your endless to-do list and going round in circles. It’s when you can’t stop thinking of all the things you didn’t get done that day and are stressing about all the things you need to do tomorrow. Spinning makes it impossible to calm your mind down and switch off . What you need to do is this: write it down. And I don’t mean on your phone. Get a pen and notebook, and write it all down. Promise yourself you will tick these things o tomorrow, then close your notebook and go to sleep. 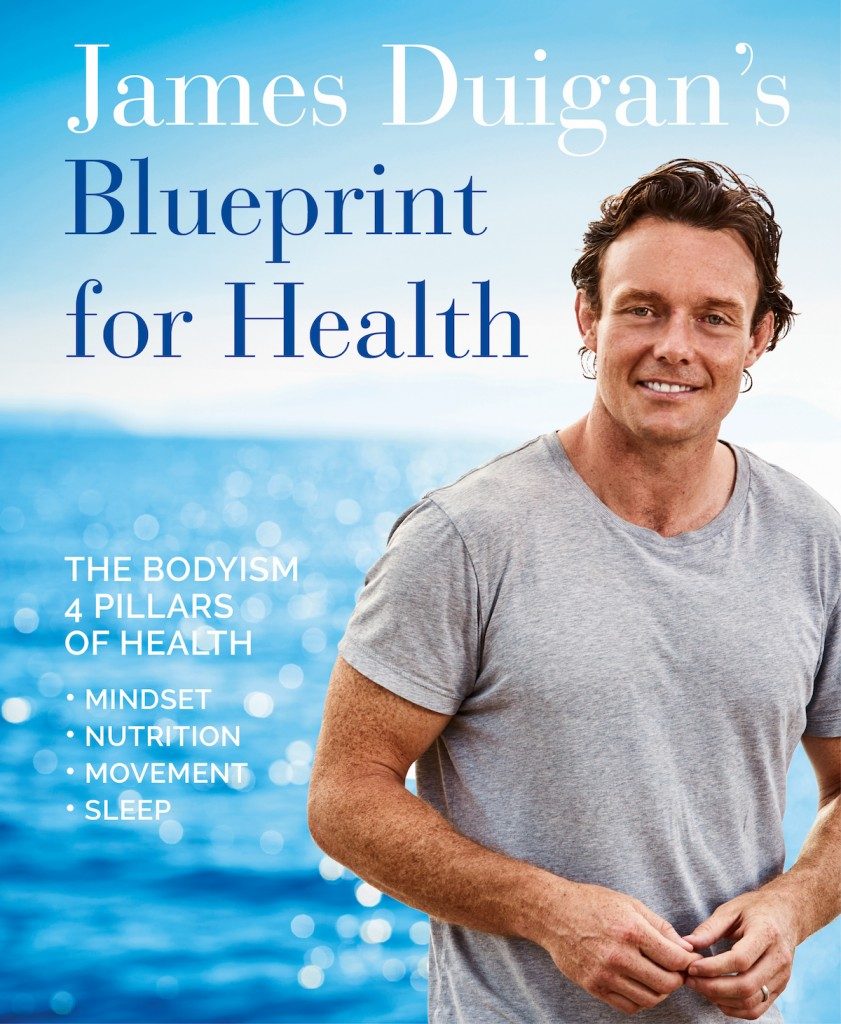 Catch James at our IMAGE Evening with James Duigan on Thursday, October 19 at The Marker Hotel, Dublin. For tickets, visit image.ie.