The IMAGE staff are reflecting on the last month. Yesterday we brought you everything in February that we visited, ate, drank, watched and listened to. Today, we are reflecting on loves, books, thoughts and five-star recommendations.?

It was Valentines Day and I hate the cheese fest so this April and the Bear card was the perfect card to send my bf (p.s. he’s not actually a dick). He, in return, sent a ginormous card in a big red envelope to me at work because he knew I’d be morto about it. So maybe he IS a bit of a dick. – Lauren Heskin,?Junior Editor at CARA Magazine.

The New York Times Crossword app. You will never be bored on your commute again but you might stay up til 2am. Download it here. – Holly O’Neill, Staff Writer at IMAGE.ie.

My Time Resistance Clarissa backpack. Over the past year I bought two poor quality high street metallic rucksacks – the zip broke on the first one and the patina came off the second. Enough already! So I got smart and bought an Italian leather backpack, which will – hopefully – last a lifetime (it has a 12-month guarantee, but I vow to nourish it forever with leather balm). Multiple compartments, and my Macbook fits just right.?- Lucy White,?Editor at CARA Magazine. 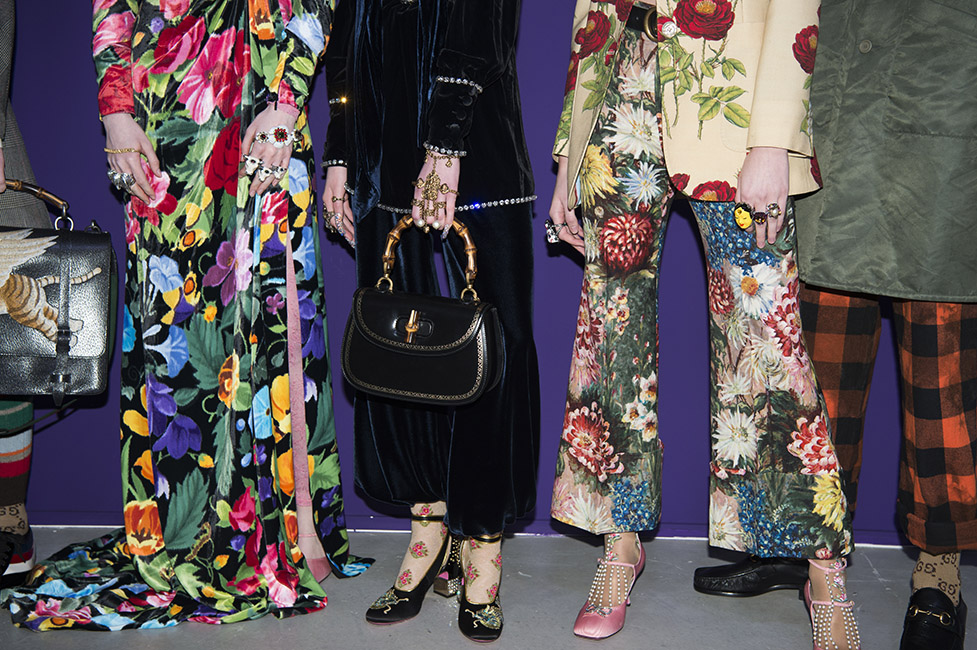 I get the driest, flakiest skin in the winter and Eucerin Aquaphor Soothing Skin Balm, and the rest of the Eucerin skin range, stopped that in it’s tracks for me this winter. ?Eucerin is free of fragrances, colourants and preservatives, and active ingredients Panthenol and Bisabolol are clinically proven to support the skin’s functions.?It’s also completely affordable at??10 and I couldn’t recommend it enough if your skin is in need of some repair and nourishment. Available from?Boots. – Holly O’Neill,?Staff Writer at IMAGE.ie.

WE CAN’T STOP THINKING ABOUT…

Two things have had me thinking about “slacktivism” a lot this month. The first was that I bought a Year of the Nasty Woman diary, which I ADORE! The diary, I realised was the first thing I had actively done about getting involved in a women’s movement, and that was simply part with my cash. Yes, I write about it from time to time and I hope I encourage my female friends to be the best they can be and not be afraid to be ruthless about what they want. But in terms of an overall movement, I hadn’t done much at all. I then saw “Hidden Figures“, which is great and everyone should see it, but I was aware I was getting the emotional kick out of implementing real change in the world without actually doing anything other than stuff my face with popcorn. So I’m trying to be more self-aware about how how social media makes me feel included without actually committing to it and the importance of real, standing-on-the-side-of-the-pitch-in-the-rain kind of support. I wonder if that’s something we’ve forgotten in the digital age. – Lauren Heskin,?Junior Editor at CARA Magazine.

Montpelier Parade by Karl Geary. A brilliant debut novel about a working class teenage boy in 1980s Dublin who develops an obsession with an educated older woman. It simmers with menace, erupts with violence, brims with love and lingers long after the final page. I will be at the front of the cinema queue when it’s adapted into a film. Which it surely will. – Lucy White,?Editor at CARA Magazine.

Any recommendations for us? Let us know in the comments below!?