The Hyper-Fascination With Meghan Markle Needs To Stop

When you become a public figure, it is known that your right to an entirely private life?is forfeit. You, whether an actress, model or the plus one of a pop star, warrant?curiosity, generate intrigue, and so people want your picture and intimate’details you’d never dream of sharing with a stranger. Some demand this, insisting that this is the price that comes with fame, fortune and success ?- this’small part of you, never to be given back. But no one has the right to ask this of anyone, no matter how many millions they may earn per movie. ?Some are used to life in the spotlight, and if you’re Beyonc?, maybe you’re a pro at handling scrutiny – though whoever gets used to the Becky with The Good Hair type of scrutiny? – but most enter this phase of their careers never fully?anticipating exactly how much of themselves they’ll have to give back in return.

Women have to deal with this more than men because women are looked at and criticised more than men, and if you’re a female, the stakes are hugely uneven regardless. “Who are you wearing?” is what they’ll want to ask before the packed resume is even considered. Or, in the case of Suits actress, entrepreneur and?humanitarian advocate Meghan Markle, it’s tell us every inch of your personal life because you happen to be dating Prince Harry. Markle was a success well before a member of the British royal family entered the equation: she had roles in film and TV and was a businesswoman, but now she appears only in every article with the title ‘Prince Harry’s Girlfriend.’ And, there are dozens upon dozens of articles, detailing where she’s going, what she’s wearing, eating and who she’s friends with as one-half of the most famous couple in the western world.

But the media fascination with her goes above and beyond that of someone considered famous; she gets hounded in a way that Prince Harry never quite has been (and even now, his Vegas episode remains forgotten by many a publication), so much so that two members of his family had to release statements saying the behaviour was intrusive and totally unacceptable. It was even more than this, it was harassment, abusive and yet still, there appears to be no let-up. Today alone, we counted over?fifteen articles and one that detailed her blog, dissecting it bit by bit for any new ounce of information that could be latched onto and thrown into a corner of the internet. ?This is what got us really thinking how horrible the whole thing was: the woman can’t even have a personal blog without it being turned into judgemental clickbait. The same headlines again and again and again…. 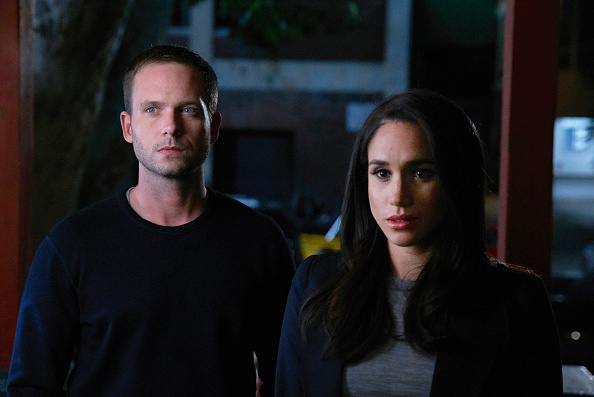 Some of the articles written are complementary, quite a few not, but even before the content is considered, we have to ask when will we ever see it end? The tabloid coverage of ‘worst dressed lists’ desperate to make front-page news out of the flaws of women?

And will Markle get to ever have any ounce of privacy? ?The sad and quite scary truth is that she likely never will – regardless of future events. She’ll likely forever be associated with her boyfriend – his failures and successes – rather than leading a life of her own, forever pressed for just one more detail of their life together.

It’s naive to think she couldn’t have expected a degree of onslaught; it comes part and package of that glamorous life you sign up for, and we’ve seen it all before – Jennifer Aniston is still the childless woman Brad Pitt divorced even years later, the abuse the all-female cast of Ghostbusters were subjected to ?- but it’s reached the point of’seemingly never-ending mass over-saturation which seems to be only getting worse. Because Markle is entitled to have?balance; some part of life she can call entirely her own minus?the Daily Mail dissection.

The actress is just one of almost every similar female in her industry that deals with this; the sexist media coverage, the trolls, the unfairness of it all, which we see on a daily basis. But maybe it’s time to stand up and pull a Meryl Streep; shout enough is enough, that this has to stop. Because if we don’t insist or play a part in taking action, the stories will never change. Instead of applauding women for excelling in careers, or for their part in changing the world, we’ll see them lauded for being the girlfriend of a famous male prince. And the world will be all the more grim for it.