Five Of The Most Poignant Moments In Sex And The City

Sex And The City is nineteen years old!

Sex And The City premiered nineteen years ago today and brought us ?the liberation of females openly discussing sex on television, a shoe obsession, some of the greatest and most influential fashion to ever appear onscreen, the power of female friendships, cosmopolitans, difficult and many layered women and so much more. We’re looking back on five of the most poignant moments from the iconic series.

When Carrie got up to support Miranda at her mother’s funeral. 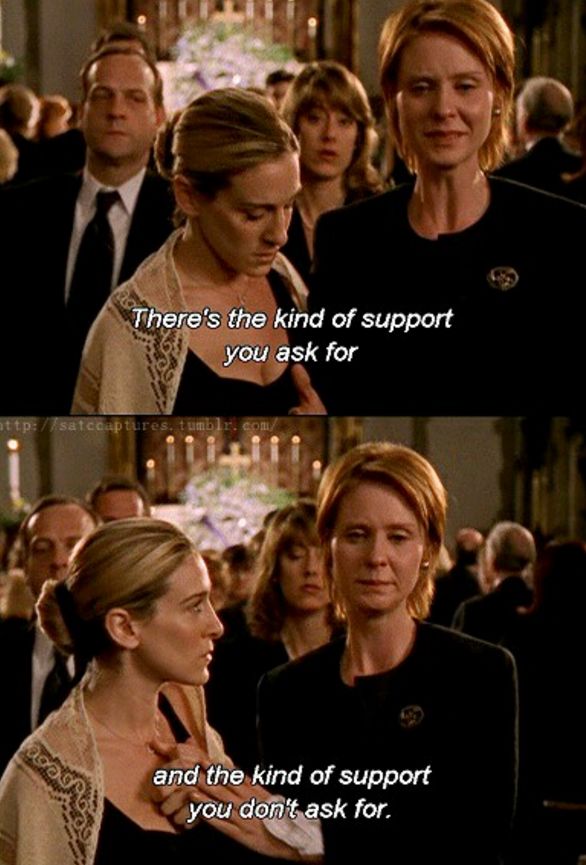 When Miranda became pregnant with Steve’s baby and struggled to decide what to do, we heard how Carrie had an abortion at 22 and never told the father, how Samantha has had two abortions – “it happened” and we saw Charlotte become angry and jealous with Miranda for considering an abortion because of Charlotte’s inability to conceive. Props to Sex And The City for being more liberal than most television shows 19 years later, discussing abortion, showing all perspectives and hammering home how every woman is entitled to her own choice.

When Charlotte saw her baby for the first time, after a long time of struggling with conceiving issues. 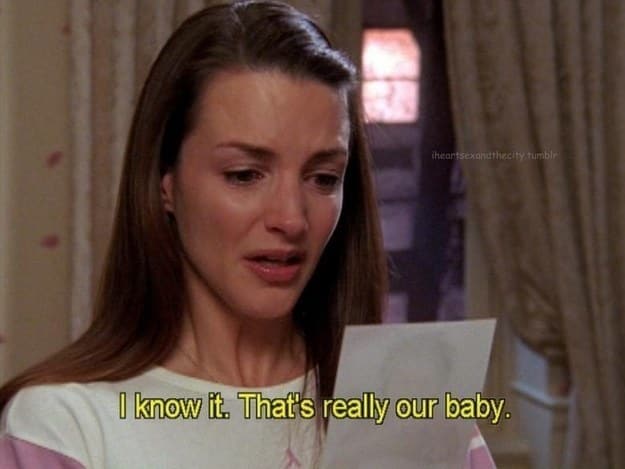 Samantha’s battle with breast cancer, how her friends helped her through it, when Smith shaved his head and when she inspired other breast cancer sufferers to remove their wigs at a benefit were some of the most moving moments of the Sex And The City series.

5. PARIS AND THE RUSSIAN

In the season six finale, Carrie packs up her life to choose luxury and safety with a man she doesn’t love. She travels to Paris with art genius Aleksandr and misses meeting the book club group who love her to go to Aleksandr’s art show. At the show, she finds her lost ‘Carrie’ nameplate necklace, and?herself and, after a slap from The Russian, is saved by Big. While many people wanted to see Carrie have a non-traditional rom-com ending and find true love in her friendships, it’s still one of the most poignant episodes in the series.

Let us know what you think were the most poignant Sex And The City moments in the comments below!