‘The first time we saw our derelict cottage, it was falling into the ground’

Author Louise Phillips turned a rundown cottage in the Dublin Mountains into a dream home for her growing family.

The first time we saw our derelict stone cottage, it was falling into the ground. An old stained bathtub, previously used as an animal trough, lay against one wall. Outback was an acre of wilderness, sloping downwards surrounded by mountains and forests. The place felt like a beautiful secret, crumbling under the weight of being unwanted and unused. We had been on a family drive, and we had stopped outside because my brother lived nearby. We had no idea the owner had any intention of selling, so when my brother told us the following day that a “For Sale” sign had been erected, the dreamer inside me felt it was meant to be. Later, as several expensive cars and their owners turned up to view the property, my hopes dropped, but we got lucky. The owner, who lived next door, liked us, and that swayed everything.

The cottage is located in the Dublin Mountains, an area of designated natural beauty, as well as being positioned alongside a Special Area of Conservation. It took nearly four years to get planning permission to restore the ruin, but during this time, I researched the history of the building, and found several historical references to the family of the Kearneys who lived there. We employed conservation architects too, who, with ourselves, worked with SDCC, to bring this derelict, forgotten cottage back to life.

“We had no idea the owner had any intention of selling, so when my brother told us the following day that a ‘For Sale’ sign had been erected, the dreamer inside me felt it was meant to be. Later, as several expensive cars and their owners turned up to view the property, my hopes dropped, but we got lucky.”

The old aluminium windows, a 1970s intervention, were replaced by wooden sash windows. The dirt floors were cleared out by my husband and son. The building didn’t have any foundation, being over 200 years old, so it was dug out one metre at a time, with fresh foundations laid. We worked hard to make the cottage structurally sound, but as I watched our ten-year-old son fill a wheelbarrow with dirt from inside the cottage, I knew we were building our future.

Soon, the roof was repaired, the surviving old slates reused, alongside similar reclaimed slates. The exterior and interior walls were repaired with a traditional lime and sand mix, ensuring the thick old walls could breathe. A collapsed interior wall to the loft was rebuilt, and a large wooden bespoke bookcase fitted, beeswaxed, and then filled with books. 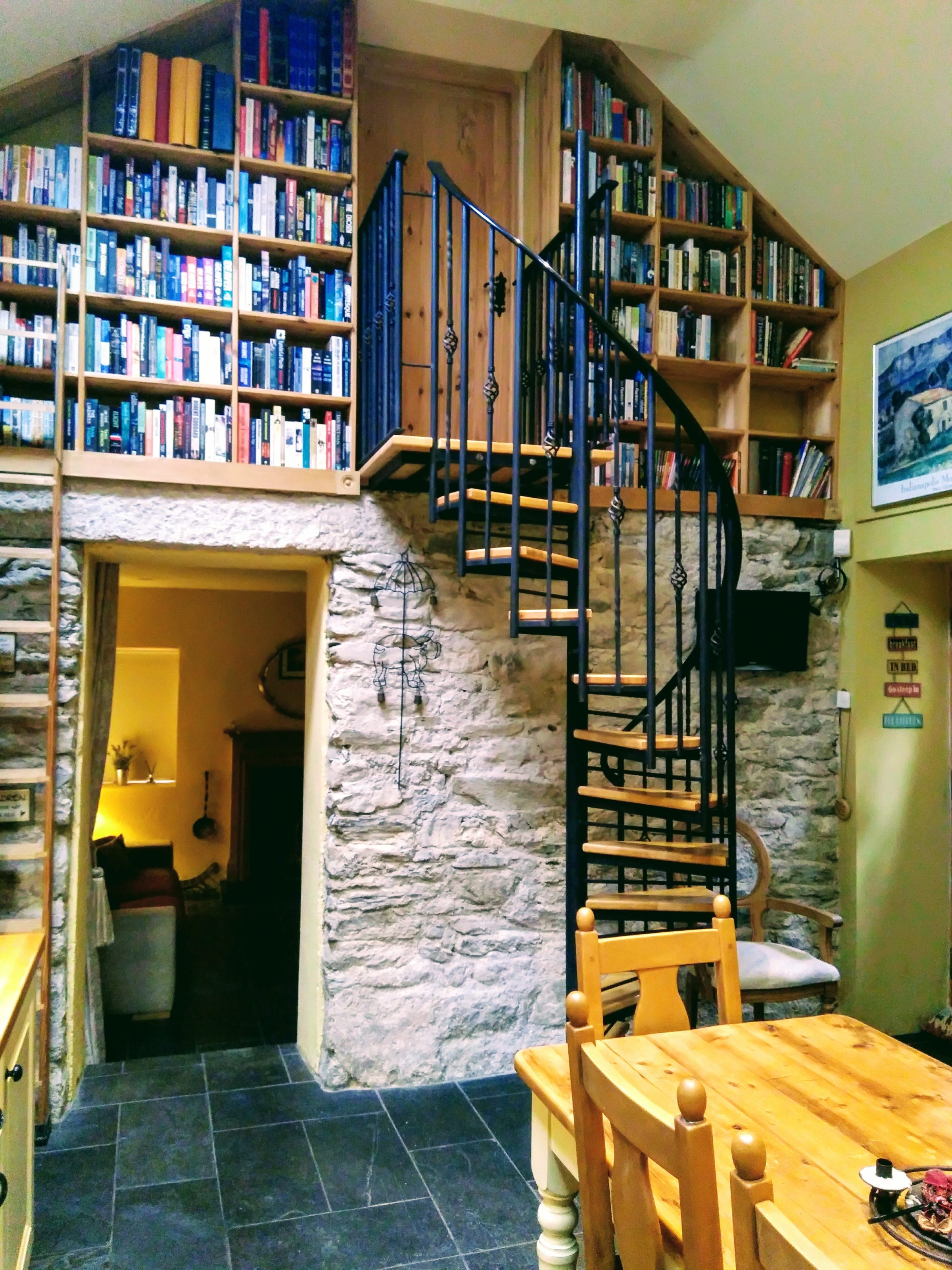 We didn’t have a huge amount of resources, so we concentrated on one room at a time. The kitchen was the first. We wanted it to look traditional but to also withstand the test of time. The high walls held challenges. A series of standard units were never going to work. We started with an Aga-style cooker, using it as a focal point, before adding tall upper units, doubling as high shelving. The lower units incorporated a Belfast sink, with a wooden countertop, where all the appliances were integrated. Earlier, to protect the structure, steel beams were placed at ceiling level. We disguised these with aged wooden shelving, and later added small mementoes to reflect a home that had survived a couple of centuries. Each internal wall was painted in heritage colours, and what artwork and prints we had, helped to make it feel like more of a home.

Gradually, we brought each area back to life. The chimney was repaired, and relined, and black slate floor tiles were laid throughout. The double bedroom, with its high arched ceiling, was rendered and painted a deep red, with a large antique mirror, optimising the height, and placed over the bed. There, the steel girders in the upper walls were again camouflaged with a lifetime of memories, including an old childhood teddy. The last two rooms, the attic bedroom, where I sometimes write, and the small sitting room, were finally completed. It took another two years before we replaced the ladder to the loft with a wrought iron spiral staircase, but the dream was becoming realised.

The cottage had only two bedrooms, so it wasn’t large enough for our family, and the process of extending began. The new design was simple: a second building similar in proportion and shape to the vernacular cottage, but dropped slightly into the sloping landscape, to allow for an upper floor. From the cottage side, you can’t see the new addition, ensuring the original building isn’t compromised in any way, but the extra space meant we had a family home, one with a history and a future. 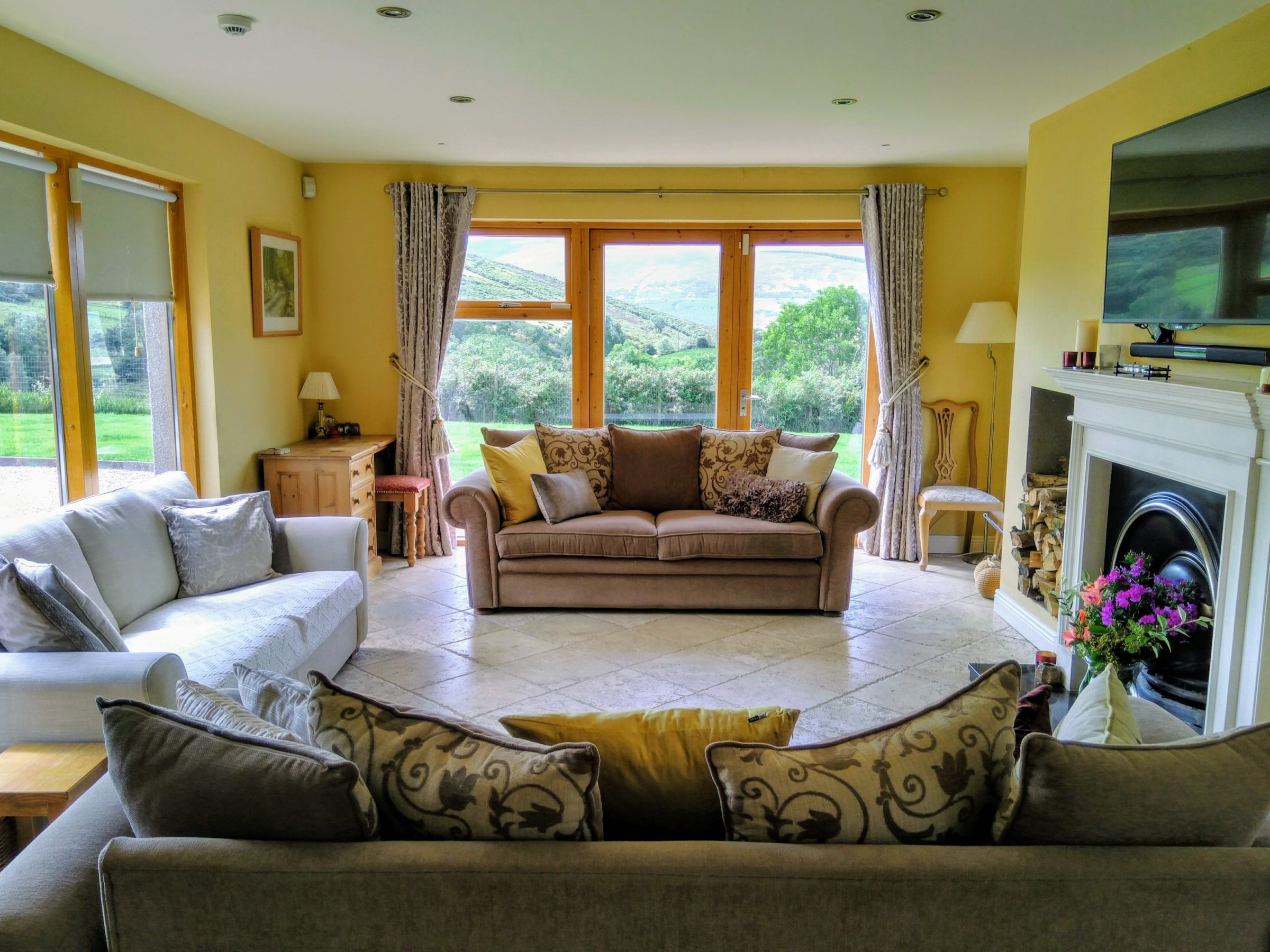 In the new build, we added a bright dining area opening out onto decking, connected to a large living space flooded with long windows to capture the light and views. Two more bedrooms with sloping ceilings and wooden floors were incorporated upstairs. I have always believed small rooms can be beautiful, and a tiny downstairs room, designated as the utility, got transformed with ochre stone brick and distressed cupboards, doubling up as a pantry. 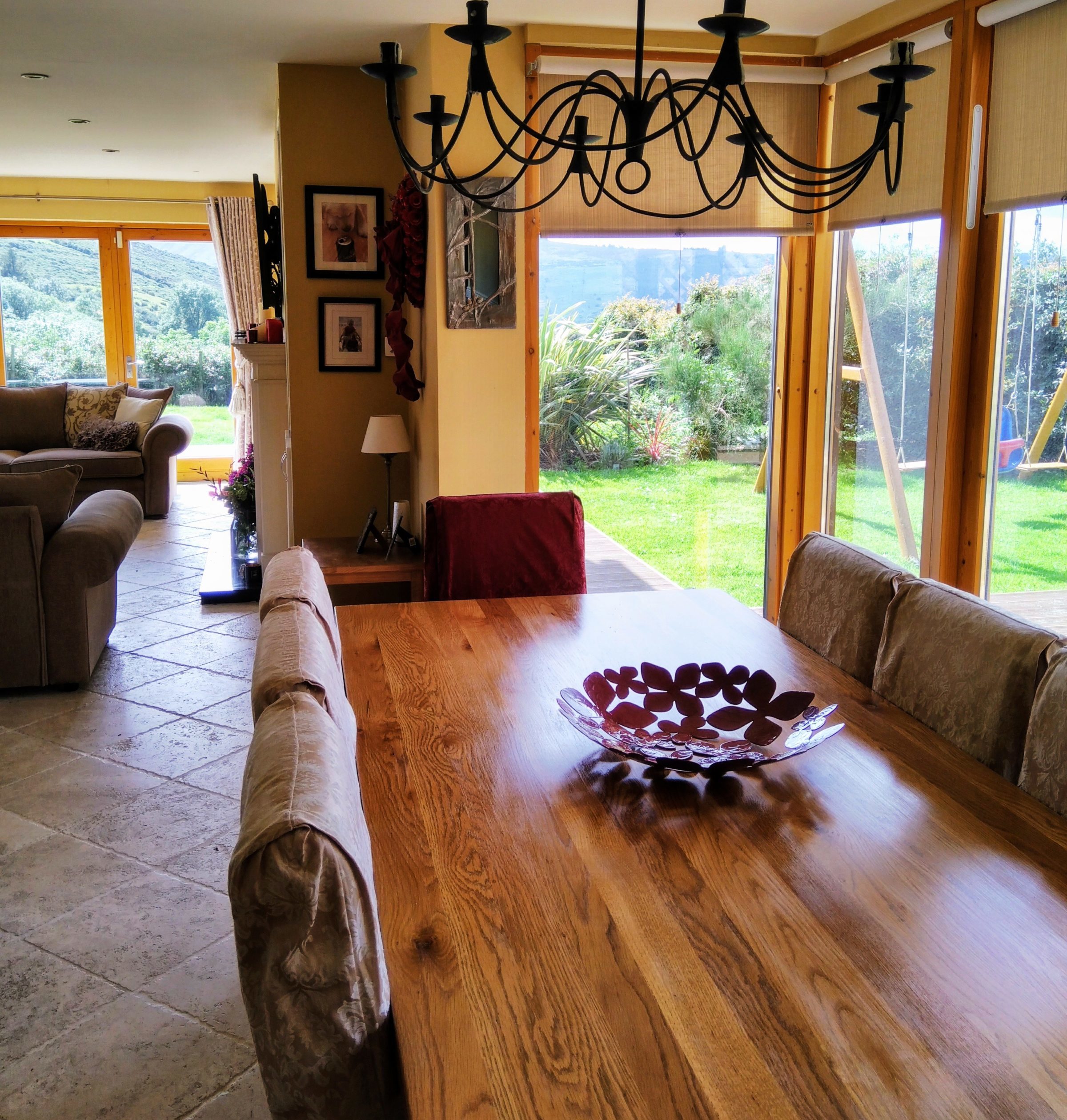 Little by little, this once-forgotten place came back to life, as outside, like the cottage, we concentrated on one area at a time, starting with the small front cottage garden, then the courtyard garden, linking the old and the new elements of the house. After that, we tackled the grounds to the front of the new build, turning a plot filled with years of neglect into something beautiful to us. Later, a set of swings for our grandchildren were added, and nearly 19 years after we parked outside this crumbling house, we finally pebbled the drive, and pears appeared on the pear trees. The dream had become a reality. 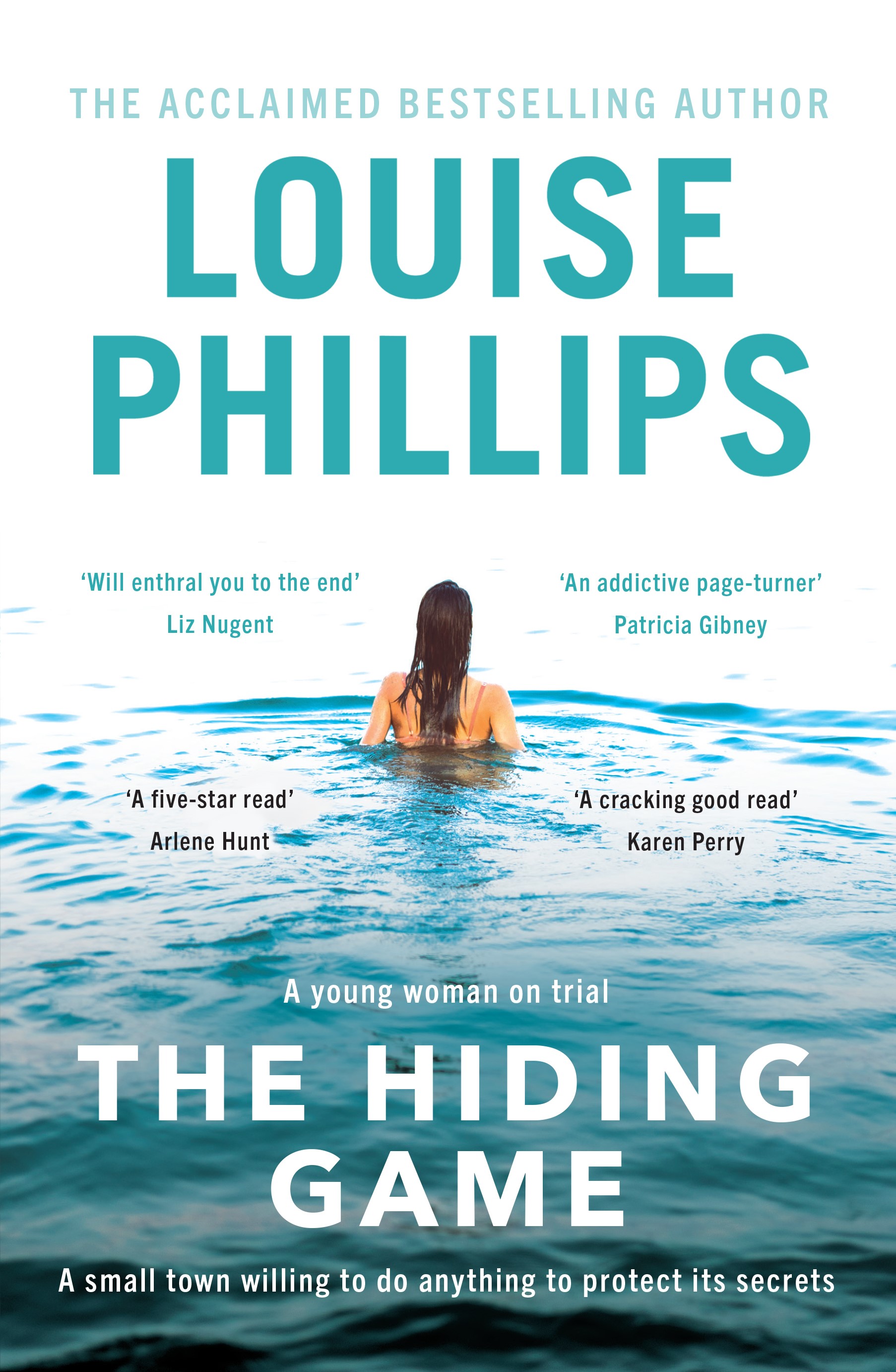