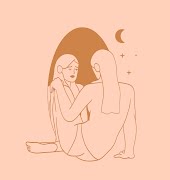 ‘I prioritised my career over my friends – and now I feel like it was...

The catch-22 of early retirement

Journalist Colette Sexton on the catch-22 of retiring early.

Are we dying to keep working? If you look at the statistics, then the answer is yes. Staff in 71 per cent of Irish companies have asked to work beyond 65, according to a new study. The survey from Willis Towers Watson found that 85 per cent of organisations have a current contractual retirement age in place, and 90 per cent have set their CCRA at age 65 — the previous state pension age. However, now that over two-thirds of organisations have received requests to work beyond retirement age, some 65 per cent of companies are currently considering the introduction of retirement age flexibility and 18 per cent already have.

At the age of 65, many people will have spent at least 45 years of their lives working. Do we just love work that much? Probably not. There are people that love their jobs. They leap out of bed in the morning. Monday, and not Friday, is their favourite day of the week. But, let’s face it, that is a tiny proportion of society. The vast majority work for money so they can pay their bills. With changes to the state pension coming, by 2028 people will have to be 68 before they can retire. Many people simply cannot afford to live pension-free, and others cannot afford to pay their bills on the state pension alone.

Retirement at 65 is no longer the reality for many people. Brian Mulcair, head of corporate benefits consulting at Willis Towers Watson, said: “Many employees of that age feel that they have much more to give and increasingly want to stay on, either in their current role, or by contributing in some other way to an organisation. Sometimes this is out of a desire to keep working. However, for others, it is out of necessity, with recent reports suggesting that many more people will carry a mortgage into their sixties.”

Working after the age of 65 because you love it is one thing. Working after the age of 65 because you have to is something else entirely. And those extra years of hard work can impact on how long you actually live. A 2017 study published in the Journal of Health and Economics showed that retiring early can actually lengthen your life. Economists from the University of Amsterdam found that male Dutch civil servants over the age of 54 who retired early were a 42 per cent less likely to die over the subsequent five years compared to those who continued working.

By 2031, there will be nearly one million people over the age of 65 in Ireland. This will be an increase of 86 per cent on 2016. Ireland needs to get real on how it is going to handle an ageing population. Currently, there is a catch-22 — retire early, and live longer, but maybe in poverty. Alternatively, retire late, die sooner. Are these really the options we want to give to our older generation?