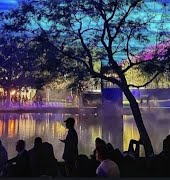 Journalist Colette Sexton on why it is not fair to claim millennials do not prioritise job security.

Did you know that millennials don’t want jobs for life? According to common belief, we are free spirits, happy to flit from one temporary contract to another, as long as we have “freedom”. What kind of freedom is that? Certainly not financial freedom. Those temporary contracts and gig economy “jobs” tend not to pay too well.

And of course, the lack of structure and permanent contracts mean that it is hard to secure financial freedom because traditional job benefits are disappearing. Again, because “we don’t want” jobs for life, employers think that they can give us a free lunch every now and again and that will satisfy us. Forget developing careers or having a clearly defined job path. Did you know we are the ‘most creative generation’? This means we should not be stifled by stability or careers or caring about our futures, right?

Funnily, although we are the ‘most creative generation’, we are also the most anxious. Some 12 per cent of millennials have a diagnosed anxiety disorder, which is nearly double the number of Baby Boomers with these disorders, according to the American Psychological Association. It is hard to be creative when you are worried about paying the bills.

Maybe it is time we stopped swallowing this perception of millennials. Actual studies show that millennials do want job security. A huge majority of millennials (87 per cent) said that job security was a serious priority when looking for employment, according to a 2017 study by ManpowerGroup. A different study by Economic Innovation Group in 2016 found most millennials said that the best way to advance your career is to stay with one company and work your way up the ladder, as opposed to moving from job to job or starting your own business.

Jobs for life offer stability, financial security and career satisfaction. They would allow us to grow and develop our skills, free of the burden of worrying where the next pay cheque will come from. It is not millennials who have decided they do not want job security. It is employers who have decided to stop offering it.

No longer can people join an organisation after school or college and expect that they can build a fulfilling career in it.

A 15-year-old today is likely to have 17 jobs in five different industries, according to a study from professors at the London Business School Lynda Gratton and Andrew Scott. 17 jobs in five different industries — does that sound like fun to you? To me, it sounds like a crazy amount of stress, reskilling, and movement, all of which will cause people to climb up the ladder at a much slower pace. Young people should be demanding job security, permanent contracts, pension contributions, health insurance, paid maternity and paternity leave. These benefits are exactly what the generation before us received without question. It is time for young people to demand this treatment too. We don’t want pool tables. We want pensions.

Read more: What to do when your career goes to plan but you’re still not happy

Read more: Your office job could be ruining your health, here’s why (and how to combat it)