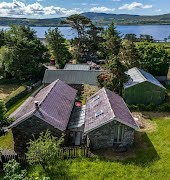 With awards season drawing to a close, the BRIT awards took place in London last night. What is usually a dull affair in comparison to the GRAMMYs turned out to be one of the most talked about award ceremonies of the year. There weren’t any controversial winners, although we think Hozier deserved Best International Male, but the live performances were full of shocking moments.

By now, we’ve probably all heard about Madonna’s fall and yes, despite it being quite a heavy one, it’s still quite funny. Being the consummate professional that Madonna is, she surprisingly got straight back up and continued the performance. What was even more surprising to some was the fact that Madge was actually singing live!

If you’re worried for her wellbeing, don’t be. She’s ok!

Armani hooked me up! My beautiful cape was tied too tight! But nothing can stop me and love really lifted me up! Thanks for your good wishes! I’m fine! ??#livingforlove

“Armani hooked me up! My beautiful cape was tied too tight! But nothing can stop me and love really lifted me up! Thanks for your good wishes! I’m fine! ??#livingforlove”

The performance of the night came from last minute addition Kanye West. After his Four Five Seconds counterpart Rihanna didn’t show up to rehearsals on Monday. Despite the limited time in which Kanye had to prepare, he put on one hell of a show which included numerous guests and some fire-breathers too as he debuted new song All Day.

It wasn’t a completely controversy-free day for Kanye as before the show he was spotted in Nando’s lecturing his fans as he stood atop a table. Oh Kanye, never change.

Kanye West went to Nandos before the Brits and everyone got very excited (pic via @TomRobinsonBTN) pic.twitter.com/5SVIByfwkp

The stars were out in force on social media after the show. Here’s what a few of them had to say:

Thank you so much for the two Brits. Album of the year, speechless, so chuffed

Once you’ve checked out all the photos above of who was in attendance, check out the full winners? list below:

Alt-J – This is All Yours

Sam Smith – In the Lonely Hour

The War on Drugs

Duke Dumont ft Jax Jones – I Got U

Sam Smith – Stay With Me

Sigma – Nobody to Love

WINNER: One Direction – You and I

Sam Smith – Stay With Me

All photos from Getty Images.