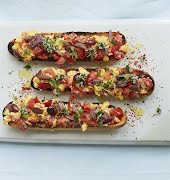 Most of us aren’t good at taking criticism. However, when it comes to receiving feedback in the workplace, knowing how to accept it gracefully is crucial, says Cora Lydon.

1. Criticism crisis: A colleague ?and close friend- bad-mouths you

?Critical people can be hard to deal with,? says life coach Paula Coogan (myquarterlifecoach.com). ?If we know this is an individual’s personality, we try to avoid them, but this isn’t always possible if they’re a friend.?

Your choice of action depends solely on why your friend is being critical. As Paula points out, ?If your friend is normally quite critical, then you can be fairly confident that she would be critical of everyone and everything, so don’t take it personally.?

If, on the other hand, this behaviour is out of character, then dishing out some of your own honest feedback could help – and is far better than avoiding this person and allowing the problem to fester.

?It may be helpful to pull her aside when you’ve calmed down and ask if she is aware of how her feedback impacted you. Don’t say that she made you feel hurt, explain that it was her behaviour that hurt your feelings.?

2. Criticism crisis: A major project you headed up bombs

?Receiving poor feedback can be a real shock, especially if you thought you were doing well. And too often, people respond by not managing the situation effectively – getting defensive, angry and not listening,? explains Paula Coogan. Start by calming your mind and body, so you’ll be in a better space to receive feedback, she advises.

If you’re challenged over poor results, buy yourself some time. ?Saying something like, ?I didn’t realise that was an issue, and I’m grateful to know? can dramatically change the nature of a meeting, diffusing any adversarial feel, and making it more collaborative,? says Paula.

3. Criticism crisis: Your boss finds fault with you in your annual review

However bad or unexpected the criticism is, you need to step back from the hurt. ?Disassociate from the criticism,? advises performance coach Margaret Mara, (margaretmara.ie). ?Imagine it as feedback – that way, you can deal with it objectively. If you’re sitting, lean back in your chair, focus on your breath, and listen carefully.?

Margaret points out that if only one per cent of what is being said is warranted, that’s useful criticism: ?You can change that one per cent?that could be a new challenge for you. Use it as a springboard for positive change.?

The problem here is often down to the failure to confirm deadlines or timings’so there’s an important lesson to learn. But in the immediate aftermath, it’s important to keep your cool, says Eileen O’Brien, director of Outsource HR Ltd.

?Don’t send off an irate email outlining your grievances. Instead, take a breath, think about what is being said, and if you genuinely feel the criticism is unfair, pull together some of your facts and request time to meet with the other person to discuss in a rational way.?

And in future, check and check again every detail – when is a project due, what exactly is expected of you, and by when.

It’s very easy to start making excuses, but instead, listen to what’s being said and then take time out. ?If you are upset, walk away before responding,? advises Eileen O’Brien.

?Listen to what is being said, and try to be as objective as you can in figuring out what part of the feedback is legitimate and how you can work on that.? Hearing criticism releases adrenaline to prepare you to fight your corner, so going for a walk is one way of putting that adrenaline to good use, before returning.

Eileen says, ?Don’t be afraid to go back to your boss after you’ve had a chance to cool down to discuss it rationally and learn from it.?

6. Criticism crisis: A colleague makes a disparaging remark about you

?Your response determines the outcome in this situation,? believes Margaret Mara. Don’t allow yourself to be intimidated, but do act professionally. ?Imagine the critic speaking with the voice of Mickey Mouse; it’s hard to get annoyed when you feel good inside.?

We tend to recall negative comments we receive, and forget about the positives – and experts say it takes five positives to outweigh a negative. So, when you’re stewing on this person’s opinions, remember some encouraging comments you’ve received from colleagues.

?Talk to the critic afterwards on a one-to-one basis,? recommends Margaret. ?Focus on results. You are both working towards a desired positive outcome.?

This article originally appeared in IMAGE’s November 2014 issue, make sure to check out the December issue, which is on shelves now.

LOVE this? Why not have IMAGE delivered directly to your door each month? Check out this month’s offer?here.