Ireland’s sunbathing trends through the years: the good, the bad and the blisters

The idea of skin-tanning has gone through an arc of sorts over the last two hundred years. First it was deemed uncouth; an attribute associated with serfdom and manual labour out in the fields. Tan lines were reserved for the lower classes and they were met with maximum disdain from the sickly-pale, well-to-do classes of old.

Then Coco Chanel got an accidental tan whilst on holidays during the 1920s, and *BAM*, tanned skin was suddenly the most desirable feature that a person could claim.

Fast forward a couple of years and the humans had gone tan-mad, and (as per) us Irish got particularly ahead of ourselves. A naturally pasty nation, we proceeded to spend hours at end lying out wherever the sun shone; back gardens, front porches, car bonnets and office rooftops. Nowhere was out of bounds when it came to attaining the almighty tan.

And that wasn’t all we did. You might recall the way in which certain individuals slathered *actual cooking oil* over their body’s unsuspecting surface in an attempt to take the skin-sizzling to the max. Images of people using a sheath of tin foil to reflect additional sun rays onto their faces might also spring to mind. The whole process was unnervingly similar to the roasting of potatoes, and perhaps this detail was precisely why it was so enthusiastically embraced by the Irish.

Back in those days ignorance truly was bliss, as we were still largely unaware of the damage we were doing to our skin – and ultimately our health – by our insistent self-cookery. Commitment, time, and pain went into the tanning process, until technology came waltzing onto the scene and tanning salons (along with their pod-like sunbeds) sprang up throughout the country. “Hurrah – precisely the quick fix we had prayed for! Praise be St Burnadette, the patron saint of tanning!”

At least, that’s how we initially approached the tanning salons, until word started getting out that sunbeds were as carcinogenic as cigarettes, car fumes and Donald Trump, combined. 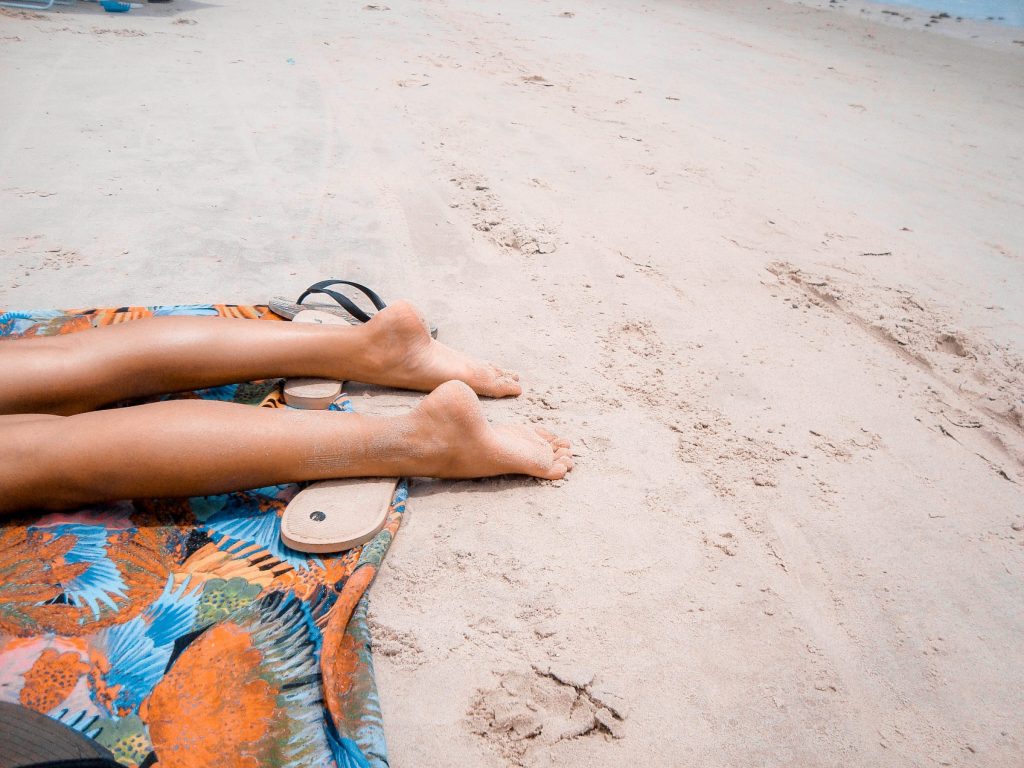 Thus, as the years passed and our knowledge expanded, we weaned off the roast potato trend and left the oil in the pantry, where it belonged. Instead, sun cream was applied and the new kitchen item of choice became the timer, which was set to ring at 20-minute intervals; reminders to rotate our body in order to achieve that gorgeous, even tan. We essentially upgraded from looking like roasted spuds to looking like rotisserie chickens.

Now it’s 2018 and we seem to have come somewhat full-circle as the thought of allowing the sun’s rays to reach one’s face has once again become a source of horror and disdain. Don’t let that fear fool you though, western society has not stopped in its glorification of tanned skin (as indicated by the fact that Ireland is the second highest fake tan market in the world, and by Love Island in general). The difference now is just that although we might continue to yearn for caramel, toffee and cookie-coloured skin, our fear of the ageing effects that the sun wields means that we won’t be going back to our old habits any time soon. Now we just rely on an onslaught of fake tan, and scoff at it although you may, we’ll take somewhat streaky skin over seared skin any day.