The stress, hysteria and a**hole behaviour that comes with airport travel

What is it about travelling (and more specifically, airport travel) that brings out the absolute worst in humanity? As much as we might like to consider ourselves calm, reasonable individuals, when faced with a flight it’s like we all turn into versions of ourselves that our mothers hoped we would never become.

The stress, the forgotten passports, the strict baggage weight allowance, the even stricter onboard liquid allowance, and the constant threat of somehow managing to miss your flight – it’s easy to feel like the whole rigmarole is one big trap, set up to make us fail. As such, it’s no surprise that we might feel a little tense upon entering an airport.

Let’s start with the morning of the flight. You’re running around in a flurried scramble to finish your last minute packing. You know you’re forgetting something but can’t figure out what it is. Then, just when you go to shut the hall door, your heart stops. Have you left an electrical appliance on? “Oh Jesus! THE IMMERSION is still on!”

Once that has been settled, you make your second attempt to leave, except now a few frantic pats on your various coat and trouser pockets let you know that you’ve forgotten your passport. Back into the house you go, only to eventually find it sitting pretty on a shelf in the fridge. The stress is mounting already and you haven’t even gotten into the taxi. 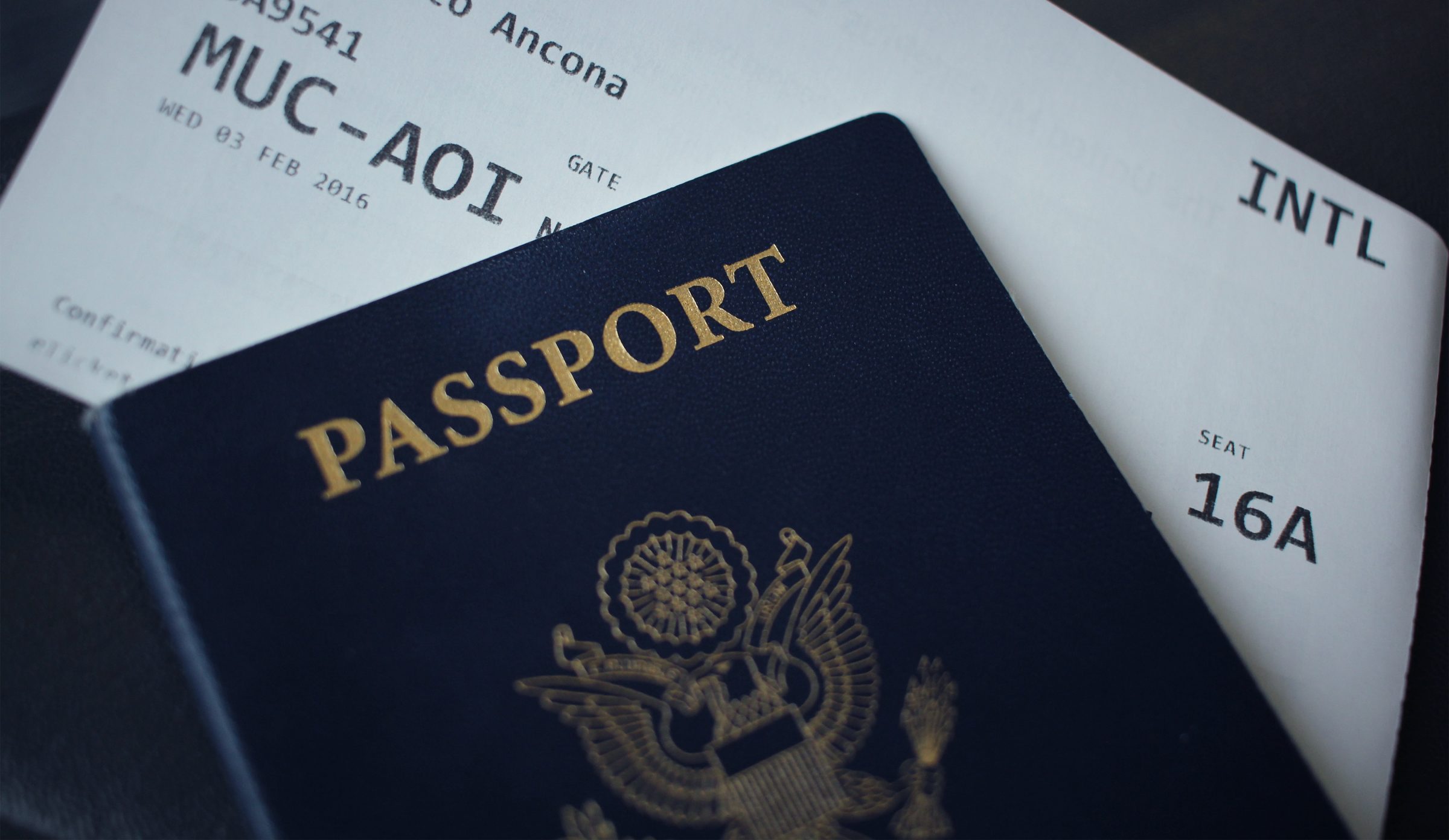 The journey to the airport presents its own struggles and strains; “OH CHRIST. WOULD YOU LOOK AT THAT TRAFFIC! WE’RE GOING TO BE DEAD LATE!” screams a frantic fellow passenger (for family trips, this will usually be the parent of the family).

Following this comes the check-in desk. These days it comes as no surprise that check-in desks are facilitating a self-imposed extinction. The personnelle have presumably had enough of the abuse they encounter on a day-to-day basis. Passengers who try to convince the check-in staff why it wasn’t their fault that they’ve arrived a whole day late to their intended flight, or plead relentlessly to have the clearly-outlined weight allowances wavered just for them. The entitlement of some people knows no bounds.

The security control is the next hurdle, as you convince yourself that the machine-that-is-designed-specifically-to-seek-out-your-liquids-and-aerosols will somehow miss the large bottle of moisturiser and jumbo-sized deodorant at the bottom of your bag. You’d swear none of us have ever seen an episode of Border Control.

Then comes the huge passport control queue where some individuals will try to justify their need to skip a 70-person long queue because they “have a flight to catch” as if everyone else is just there for the craic. 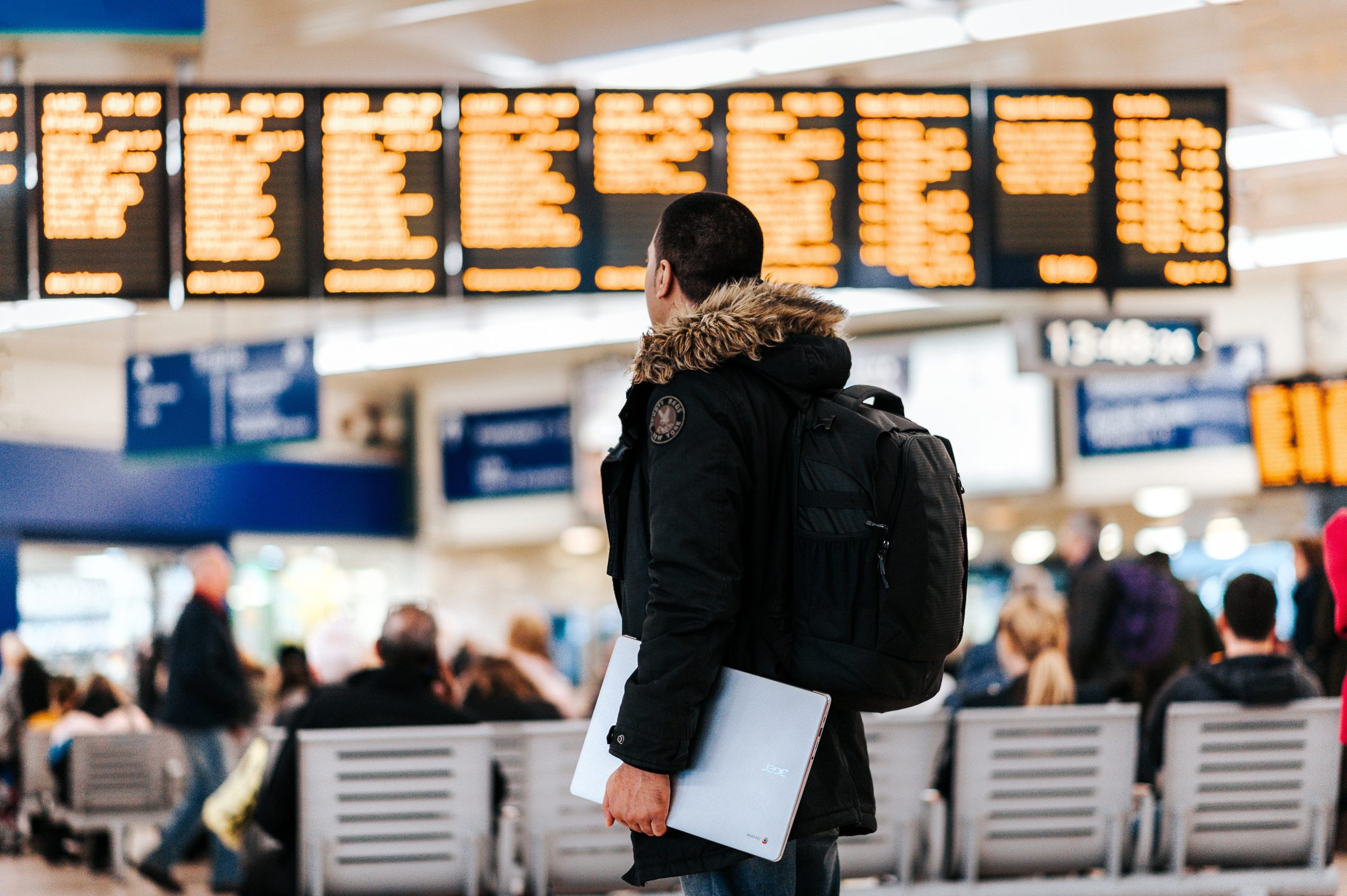 Between these various stages of the airport experience, frantic pocket padding and shrieks of “OH FOR THE LOVE OF GOD, WHERE’S MY PASSPORT?!” followed by momentary hysteria, is likely to occur. Repeatedly.

Then, every once in a while, you might find yourself in the unfortunate position of one of those poor sods who has just missed their flight, or worse – you’re about to miss your flight. In a desperate attempt to get on that plane, you thunder through the stairways and walkways, screaming hysterically at people to get out of the way, calling out to your infant children who are lagging behind to “KEEP UP FOR CHRIST SAKE!”. It doesn’t matter what number your gate is, when you’re running late that number will always be code for The One That Couldn’t Possibly Be Further Away.

The next stage of the airport experience in which people act like a**holes? The sudden influx of bodies rushing up to the gate as soon as the gate opens. So long as this isn’t Ryanair, there is literally no need to panic, let alone rush. Nonetheless, you’ll always find passengers who become overwrought with fear that they won’t get a seat, or there won’t be enough overhead storage space for all the bags of Toblerone that they bought in Duty Free.

The same level of deranged behaviour continues when the plane lands. It centres around those who huff and puff and try to push their way out when the exit doors are still shut and there is literally no possible way to get out. Unless they’re 5ft 2” and below, it usually means they’re left doing that awkward neck-hunching thing, which is as uncomfortable to watch as it is to actually experience.

“Allelujah, praise the lord” is all you can think when you finally reach your destination. Against all odds you managed to leap over each of those airport hurdles, and now you are finally where you set out to be. Back to your cool, calm and collected self, you can rationalise that the erratic behaviour you displayed mere hours before was down to overheated dehydration and fictitious jet lag.

The only question that remains now is this; were you the a**hole who clapped when the plane landed in the destination?