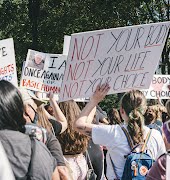 Stop And Smell The Roses: You Might Be Afflicted With Hurry Sickness

Does hurry sickness sound like an alien concept? You might be afflicted with “hurry sickness” – that modern day state of constant urgency. If so, you’re not alone, writes ORLA NELIGAN.

Are you reading this while texting someone, making dinner, driving your car (not such a good idea, BTW)? Do you consistently press the buttons in the lift thinking it might make it go faster? Do you power walk up escalators, tap your fingers impatiently while waiting for the kettle, or – worse still – pour the tea before it reaches boiling point? Finish other people’s sentences because you just can’t bear the suspense? Need to have your iPhone wrestled from your fingers at the dinner table? Are you already thinking you’re too pressed for time to finish answering these stupid questions?

It’s likely you are in the grip of ?hurry sickness?, a term coined in the 1950s by two cardiologists (Meyer Friedman and Ray Rosenman), who discovered many of their patients suffered from a ?harrying sense of time urgency?. That was over 50 years ago, when the distraction of the internet, smartphones, iTunes and social media didn’t exist. You only have to look at the ?convenience? of modern life to know our culture is obsessed with saving time – drive-thru restaurants; online shopping and banking; apps like Hassle.com, Hailo or Deliveroo; one-minute meals; one-minute abs; fast track anything – all services that should ease the pressure, but somehow we just feel more rushed than we did before they were created.

In order to manage our time more effectively (or so we think), we overschedule ourselves, download productivity apps and find ways to multitask, and what do we do with those few minutes we’ve managed to shave off our day? We fill them with something else on our to-do list. Lack of time is often worn as a badge of honour: ?I’m frantic, it’s chaotic, I’m so busy? the standard reply when asked how things are. ?To hurry sick people, 15 minutes can feel like a month,? says Jane Downes, principal coach at Clearview Coaching Group?and author of The Career Book – Help for the Restless Realist. ?Your daily task becomes a sprint to the finish line, and when you get there, you don’t even remember the journey,? adds Jane who, as a career coach, meets hundreds of hurry sick managers. ?Many of the people I see have reached a point where they feel too busy to think properly or process their own behaviour, and struggle to stay present.? There’s a reason it’s called ‘sickness?, since continued rushing to the point of anxiety increases the body’s output of the stress hormone cortisol, which suppresses the immune system and is linked to heart disease.

New research has revealed that strokes are linked to working long hours, with those working up to 54 hours a week increasing their risk by 27 per cent. Arianna Huffington, co-founder and editor-in-chief of online news site The Huffington Post, has spoken publicly about her experience with hurry sickness, having learnt the hard way when she was hospitalised from stress. Like many of us, she had been on the treadmill of life, pushing herself to breaking point. ?We fear that if we don’t cram as much as possible into our day, we might miss out on something fabulous. But, it’s actually a very costly way to live.? Huffington believes you can get there faster by slowing down. ?It’s true,? says Jane Downes. ?Rushing can make us less effective. When it comes to work, it can diminish our problem-solving ability, change our behaviour, and affect our listening skills. We’re losing the ability to work smarter versus harder.? 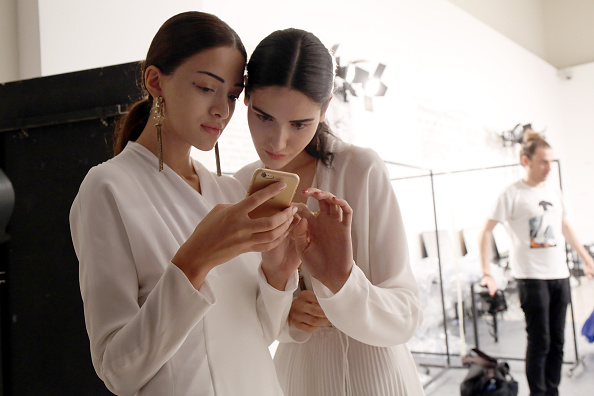 Louise McHugh, lecturer in psychology at UCD, considers hurry sickness to be one of life’s biggest avoidance strategies. ?It can be a way for us to avoid thoughts and feelings we don’t want to have. It’s important to find ways to reduce engagement in control techniques – hurry sickness being one of them – so we can get back to being connected to what matters.? Technology has certainly played a major role in our increase of stress, but it often gets the lion’s share of blame, when in fact, stress has always been there, long before technology became such a distraction in our lives. ?Tech-driven stress is definitely real,? notes Downes, ?but we cannot blame technology for all of this; we are choosing to be distracted as opposed to being smart about the way we use technology.? Unrealistic work demands, high expectations and financial pressures all play a seminal role in the pressures of everyday life.

Research by Harvard economist Sendhil Mullainathan has shown that financial stress can damage brainpower. ?Add money worries to workplace pressure, and you’ve got a toxic cocktail that can lead to hurry sickness and worry sickness in one,? explains Downes. To all you hurry sick folks out there, spare time may seem like a distant aspiration, but it is achievable. It may feel uncomfortable at first to slow things down, but take a leaf from Huffington, who, despite her demanding corporate job, did a complete U-turn. Such is her belief in the value of slowing down and balancing life, she even launched a website, The Third Metric, dedicated to its practice.

As someone whose day often feels like an Olympic endurance event, who spent most of the time researching this article nodding her head in agreement, who, only this morning, moved to a different checkout in the supermarket because it looked shorter, I can admit to being hurry sick. Acknowledgement is the first step. Now I just need to figure out how to wait patiently for the microwave to finish. But, I will take solace in the fact that there’s still the three-minute egg, slow-cooked lamb, pregnancy (although, many would prefer if you could speed that one up) and sunsets, which no amount of acceleration can improve.