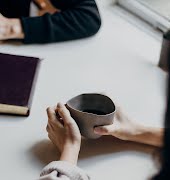 attends the "The Beguiled" photocall during the 70th annual Cannes Film Festival at Palais des Festivals on May 24, 2017 in Cannes, France.

So much of Hollywood is filtered through the male gaze.?But director Sofia Coppola, who tells stories from the perspectives of her female heroines, has always subverted that’myth with her feminist body of work. She’s one of the most talked about (and one of few) female directors working today, so the fact that she made waves at the Cannes Film Festival by becoming only the second female director ever to win Best Director – and it’s the?first time a woman has won this in 50 years! – is a huge deal.

Taking Best Director award for The Beguiled: she is, in fact, only the second female director in the festival’s 70-year history to win the award. The last time it happened, the award went to Soviet director Yuliya Solntseva for her World War II film The Story of the Flaming Years?? in 1961. Her film is a re-working of Don Siegel’s 1971 film but told from a?female point of view. ?Starring Nicole Kidman and Kirsten Dunst, a wounded Union soldier (Colin Farrell) is taken in by an all-girls school in Virginia during the Civil War drastically changing the lives of the women as a result.

Coppola’s work has always divided critics, but this isn’t what irks her female fans. Her background as the daughter of Francis Ford Coppola is frequently bound up in the reception of her films, and usually as a reason to dismiss them. But given?her unique position as a successful woman working in the masculinized arena of independent Hollywood, there’s no denying that her movies always have an impact. Her female characters are not stereotypes but fully fleshed out, complex and flawed. (The ethereal Virgin Suicides, beautiful Somewhere and visually stunning Marie Antionette are among the best in her filmography).

Such a major win at a?prestigious?and influential festival ?is hugely significant and satisfying when we’re still trying to make a dent in the ‘Celluloid Ceiling’; a term conceived from a report which found that in 2015, women comprised 19 percent of all directors, writers, producers, executive producers, editors, and cinematographers on the top 250 domestic grossing films – an increase of only two percentage points from last year, and the same as in 2001.

The ?Bigelow effect? never materialised – nearly seven years after?Kathryn Bigelow won the best director prize for The Hurt Locker (the first woman in history to win the award),?the slate of best-director nominees continues to be all-male and 20th Century Fox hasn’t a female director lined up for at least the next two years.

Actress Nicole Kidman used the film’s premiere to call attention to statistics that show the mammoth gap between male and female directors – a disparity that prompted a federal investigation into Hollywood hiring practices by the Equal Employment Opportunity Commission.

“We as women have to support female directors, that’s a given now,” said Kidman. “Everyone is saying it’s so different now – but it isn’t. Listen to the statistics.” Coppola had this to say about her win:

I was thrilled to get this movie made and it’s such an exciting start to be honoured in Cannes. I’m thankful to my great team and incredible cast and to Focus and Universal for their support of women’s voices in film.

Will we see a ‘Coppola effect’ materialise as a result? It sadly seems unlikely but is something to strive and hope for.

Trivia: Coppola also has the distinction of being the first woman to win Best Director who attended the festival as a child the year her father’s film won the Palme d?Or -?just look at the adorable photo evidence: