Snowiest Christmas Ever Upon Us?

Those who’ve been dreaming of a white Christmas are in luck; by several accounts the snowiest and iciest spell in an age will soon be upon us. We’re both excited and a little fearful. Here’s why. On one hand, when it comes to idyllic thoughts of being wrapped up inside, enjoying fireside catch ups while sheets of snow line the streets like a big snowy lasagne, the news of a potential arctic freeze sounds marvellous. Being snowed in and ‘unfortunately’ unable to attend work? The dream. On the other, more pessimistic hand, if Ireland’s track record of coping with extreme weather conditions is anything to go by, all hell is about to break loose. You’ll be stuck in traffic, your central heating will freeze into oblivion, the trains will be out of action, (as will your car), it will become near impossible to walk/slide down the street for no Irish person has ever been in possession of appropriate winter gear and you may even get snowed in, unable to make it to all of the boozy parties you’ve got planned throughout the Christmas period. Grim. And there’s bound to be another victim of that viral video ice-slip. The poor guy.

Then again, the opportunities to up your Instagram game will be endless, and you’re never too old for a snow-ball fight. 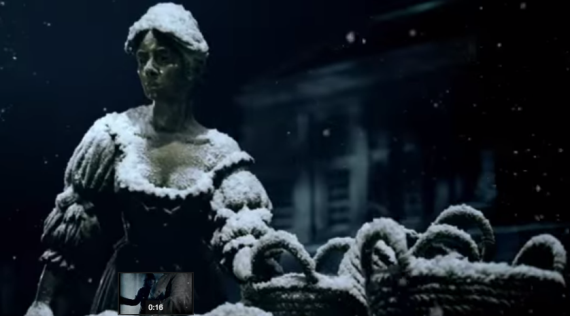 Described by meteorologists as ?the coldest and snowiest spell in some years?, there’s talk of three distinct spells, due to kick off in mid-December. Via The Irish Mirror, James Madden, forecaster with Exacta Weather, said: ?Despite the relatively mild autumn weather in Ireland, the start to the meteorological winter and December is likely to be much more seasonal. There are likely to be a number of quite potent wintry blasts in December that potentially bring the coldest and snowiest spell in some years for Ireland, particularly for two periods around the mid-month point and into the final third of the month and up to the New Year. The run-up to Christmas is therefore likely to see some significant changes to some exceptional cold and widespread snow events for many parts of the country, as cold winds veer in from the north and east. Although we need to allow for some deviations in exact timing, there is every chance that these conditions will arrive prior to Christmas. On current indications it could be worth a flutter for certain parts of the North and East to record a single flake of snow within the 24 hours of Christmas Day – all that is required for White Christmas bets to be paid out. Many parts to the north and east of the country are also likely to see lying snow on the ground for several days at the very least within this period and these conditions will also spread to many other parts of the country, including southern and western areas, as winter takes a firm stronghold.?

Like 99% of Irish folks, we won’t believe these predictions until Evelyn Cusack, God of weather and celebrity highlight of The Late Late Toy Show, tells us otherwise. But we might re-invest in a pair of Ugg boots just in case.

Via The Irish Mirror