‘She is silent more than she speaks’: 7 celebrities on their iconic female TV alter-egos

In an era where Netflix binge-watching has reached the height of popularity, it’s safe to say that some of us can form special attachments to certain female characters from our favourite TV shows. We love Carrie Bradshaw or Alicia Florrick just as much as the actresses that play the parts. If a particular character resonates with an audience in a major way or a series takes off, the female lead can often be forever associated with that particular role – her ‘alter ego,’ if you like. This can be a double-edged sword for the actors in question. On one hand, they are lauded for portraying intense, complex and intelligent women and a plum part on a recurring series means a steady income and serious notoriety. On the other, there is the potential for typecasting and boredom, especially if the series is nearing an obvious end but gets dragged out regardless. We’re re-watching a lot of our old favourites during quarantine, so below, here is what the female leads had to say about their infamous characters 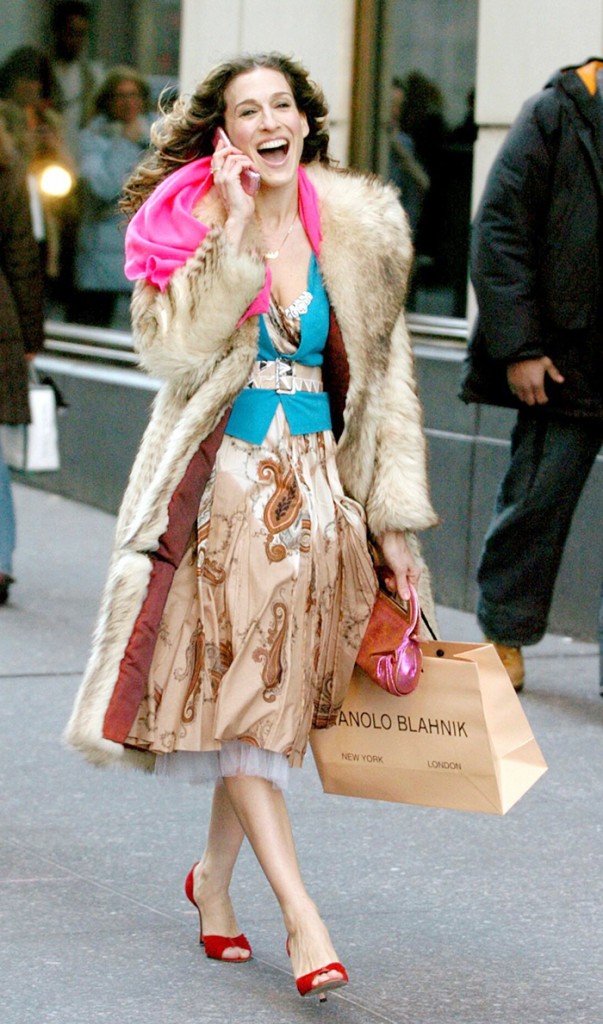 Parker played the part of Carrie Bradshaw from the series start in 1998, until its much-publicised end in 2004. She then resumed the role for the two films that followed, despite saying years ago that she hadn’t wanted to commit to a long-term project initially. She said, however, despite the small similarities between the pair, she isn’t much like Bradshaw: “I think there’s not a lot about Carrie that is actually similar to my life. Our choices have been so radically different. There are certain kinds of pillars that fundamentally are different. I like clothing, but I don’t have anywhere near a fevered relationship that she does.” 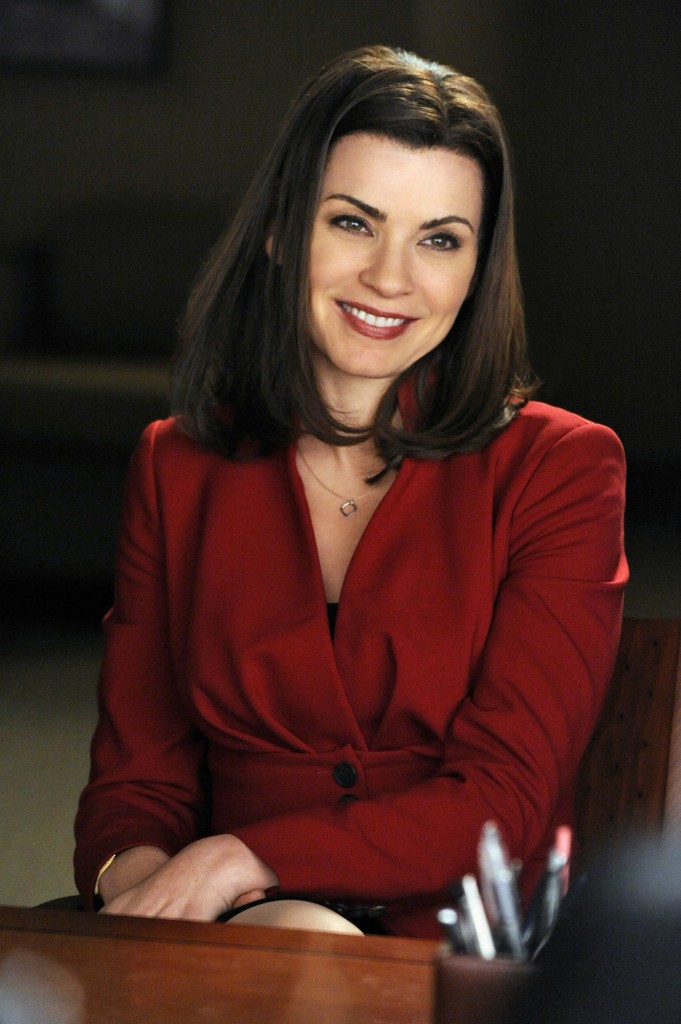 Margulies had been appearing in the lead role of The Good Wife since 2009 until the series finished in 2016, but has said she’d been playing such an emotional part for so long that she needed physical separation from her character during filming.

“I’m constantly reminded of how sad Alicia is. The only way I can separate myself from her is if I leave her at the door. That’s why I insisted on having wigs every season. I need to be able to physically take her off.” However, she said there is much she admires about her: “I admire the way she [Florrick] is silent more than she speaks. And you can see the wheels turning in her head. And I realise it’s so much more powerful to actually think before you speak than to just go off the top of your head, which was so the way I used to react as an actress. I hold my emotions on my sleeve, and she holds them so deep down.” 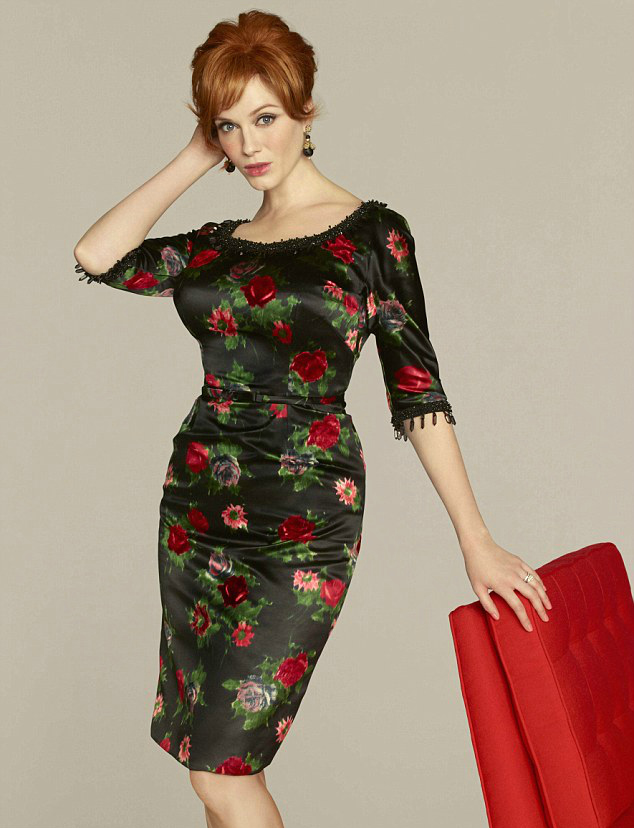 Hendricks character quickly became a fan favourite after Mad Men exploded onto our screens in 2007. It was the character’s flame-red hair and her amazing wardrobe that always stood out among the masses, and the actress said recently she was so like her on-screen persona that the writers added more of Hendricks’ own traits in as each series progressed.

“After Matt [Weiner, creator] got to know me better, he started incorporating aspects of my personality into Joan. At first, she was rather intimidating and snarky, but then she got more sensitive and vulnerable, which is a lot more me infused in her. I get asked so much about her walk, but it’s just not me.” 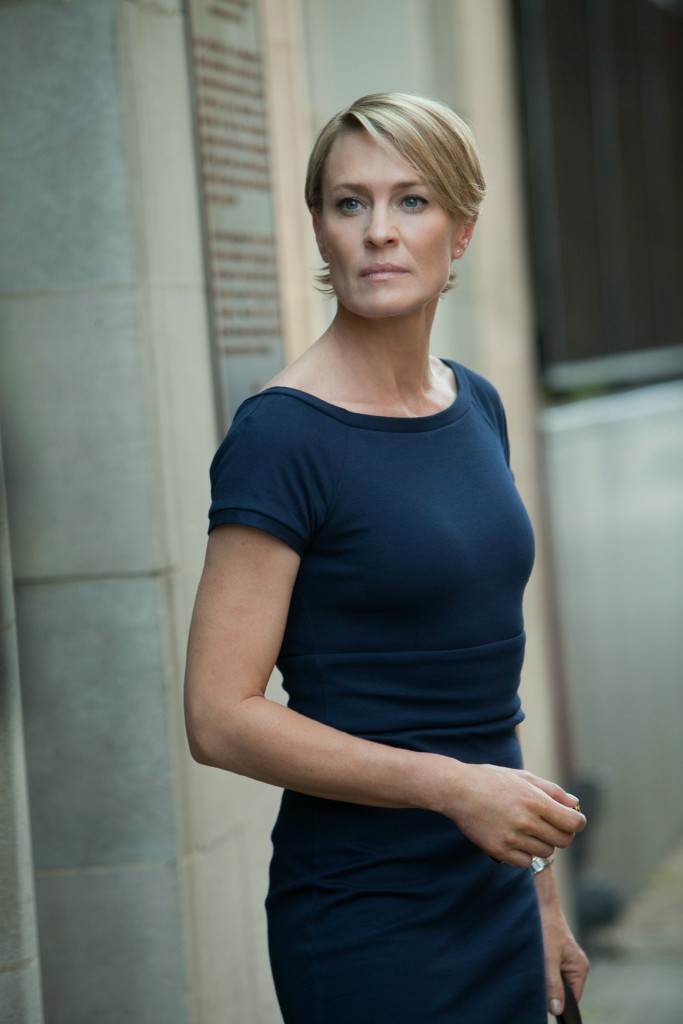 Wright was widely praised for her ice-cool portrayal of Claire Underwood, wife of scheming US politician Frank Underwood in the hugely popular House of Cards series. Even after its male lead Kevin Spacey was accused of sexual harassment, the early seasons, in particular, sees Wright at her best.

The actress said she had to get into a certain ‘mode’ to play the character, who is presumably very unlike herself: “The only note that David Fincher ever gave me when we started the show was to be still. When we shot the first couple of scenes, David would come over to me and say, “Don’t move. Don’t move.” So when I have the Claire clothes, the Claire hair, and say the Claire words, it just clicked.” 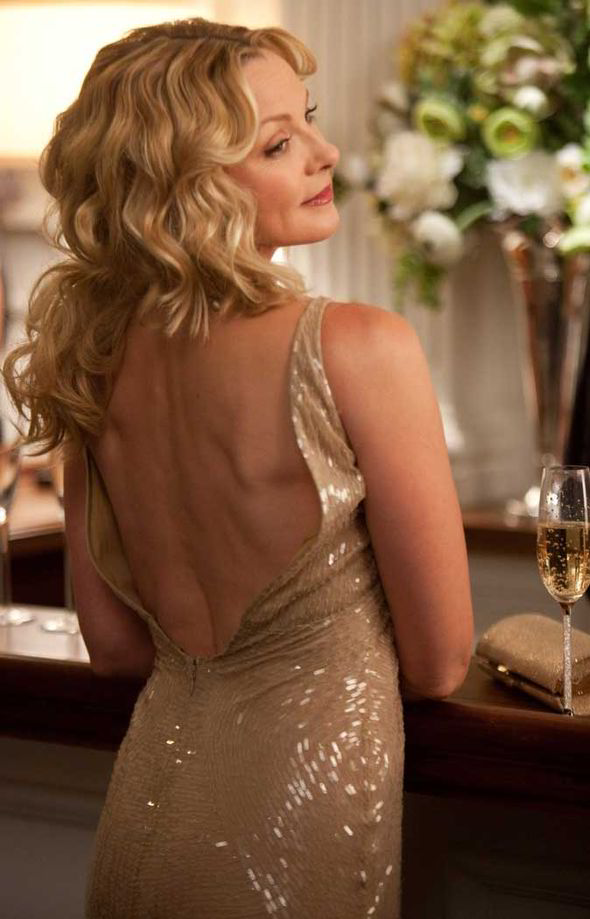 When it came to SATC, you prided yourself on identifying with any of the four female leads. And just as SJP reached new heights after her portrayal of Bradshaw, Cattrall’s performance was just as beloved by all. Cattrall said in numerous interviews that even after the series ended, people still made the mistake of thinking she was just like Samantha. “People have a misconception of what they are going to get. Although people always say to me: “You look younger and better than Samantha.” That’s because she had a harder edge, she said, although she added that she loved Samantha’s famously upfront manner. “She had no hidden agenda, and I feel the same way. If I get behind something, it’s because I’m passionate about it.” 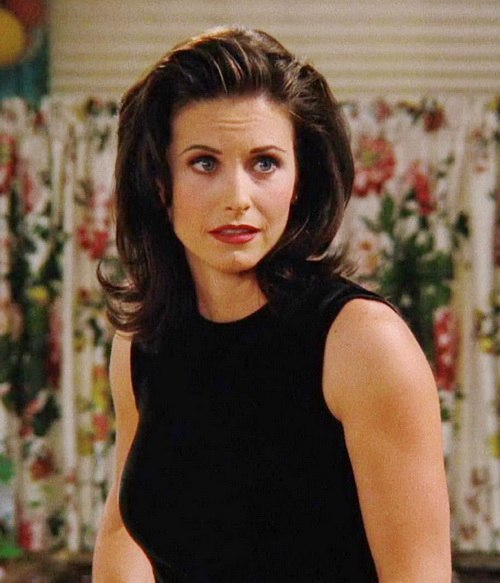 It was always going to be a toss-up between Monica and Rachel, and just on this occasion, we went with Monica. Cox famously auditioned for the role of Rachel in Friends but has since said she lobbied hard for Monica instead. She said previously that she identifies with the uptight character as she has some “control freak” tendencies herself: “I liked the fact that she was strong. I liked the fact that she just wasn’t, you know, your typical girl. I really thought I should be Monica. And I guess you can call me a control freak, or you can call me passionate. I’m not a passive person by any stretch of the imagination.” 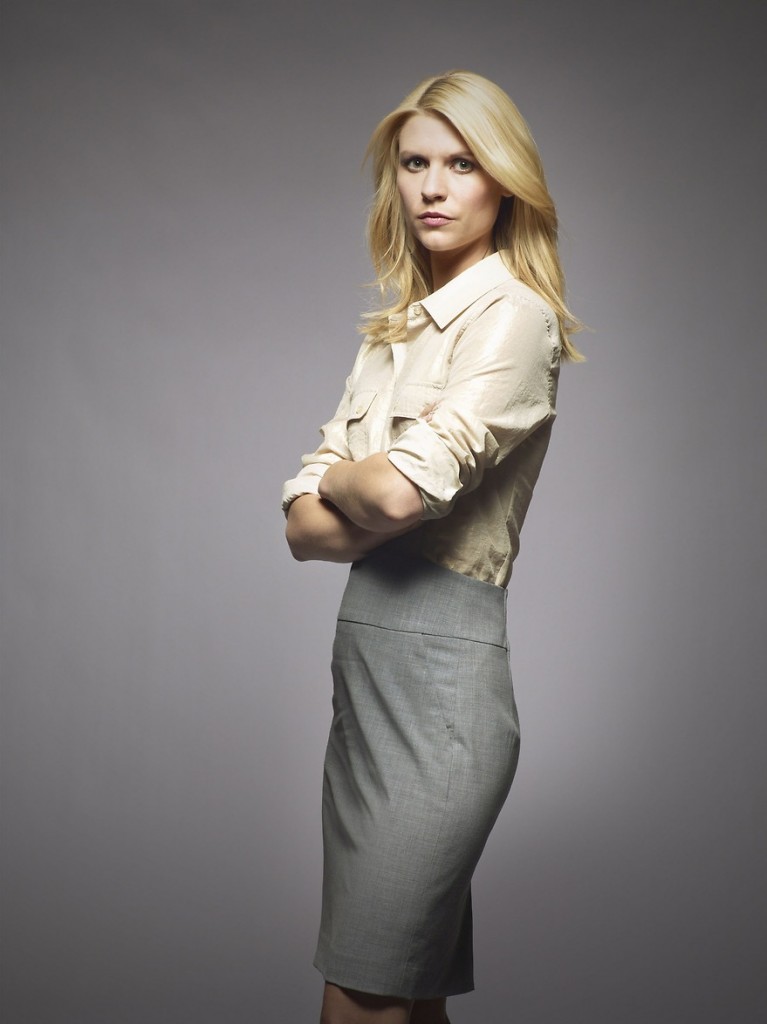 Claire Danes received much acclaim for her portrayal of Homeland character Carrie Mathison but has insisted she’s not anything like her. “The truth is, Carrie is so dissimilar to me on basically every level. I would be an abysmal CIA officer. I’m not even a political beast. I make imaginative leaps all the time. I’m very good at pretending, I guess.”

The entitled backlash when someone tries to set their own boundaries is concerning, writes Amanda Cassidy “One particular friend just...

Check out three of our favourite vegan/veggie-friendly spots in Dublin worth trying this weekend. The best bit? Chances are, even...