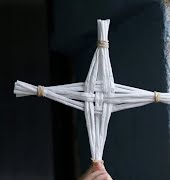 Should You Take a Nap Today?

Your workload may say no, but science says yes to the Siesta…

Last month Cara Delevingne took US Vogue to task for casting shade on her dozing off during an interview. Journalist Plum Sykes wrote, ?Dear reader, to misquote Oscar Wilde, can I say that to oversleep once for a?Vogue interview may be regarded as a misfortune, but to oversleep twice looks like carelessness?? Cara, one of the most ubiquitous faces in fashion, did not take kindly to these aspersions and tweeted about the whole media furore, ?All I can say is that I work extremely hard and ‘sleeping’ is proof that sometimes I work too hard. I apologise for being so ambitious?.

All I can say is that I work extremely hard and ‘sleeping’ is proof that sometimes I work too hard. I apologise for being so ambitious

While the interviewer was trying to paint Cara as a bit too casual and even got professionals in the industry to talk about her propensity to nap on shoots, we were a little bit envious. Cara owned the fact that she needs naps to function – it is about time the rest of us did too. And if napping helps a 21-year old woman get contracts with Chanel and Burberry on what seems to be a weekly basis, imagine what it can do for your career.

According to The Guardian 85% of mammals sleep for short periods during the day. If there’s one thing we remember from secondary school science class it’s that humans equal mammals. Studies are showing that napping brings nothing but benefits. Adolescents who nap instead of attending a class do better in tests. Naps are substantially better at beating the 3pm slump than caffeine?or a proper night’s sleep. The optimum time for napping has even been estimated – mid afternoon and before 3pm. Stuck for time? Take a six minute nap to improve your memory. Nowhere to nap in work? Tell HR about the nap pods in Google and the Huffington Post offices.

In fact, the Greek media magnate Arianna Huffington is evangelical about napping. In a beyond-viral TED video she talks about how collapsing of exhaustion a few years ago led her to doctors and scientists in a quest to find out why she wasn’t 100%. The cure? Napping. She even calls in a ?new feminist issue? and implores, with a knowing tone, women to sleep their way to the top.

So next time someone tells you Margaret Thatcher ran the UK on four hours sleep every night, tell them that’s very interesting and all, but you need to fit in your daily nap before you rashly declare war on the Falkland Islands.

Need to some tips to beat sleeplessness?