Shoppers Are Being Warned About Counterfeit Branded Apps

Shopping seasons is fast approaching which means we will see an inundated rise in the number of thefts and robberies. However, not all shopping crimes are obvious or physical. Now, shoppers are being warned about the high number of counterfeit branded apps that have been popping up on the Apple app store masqueraded as popular retailers, and just in time for Christmas. 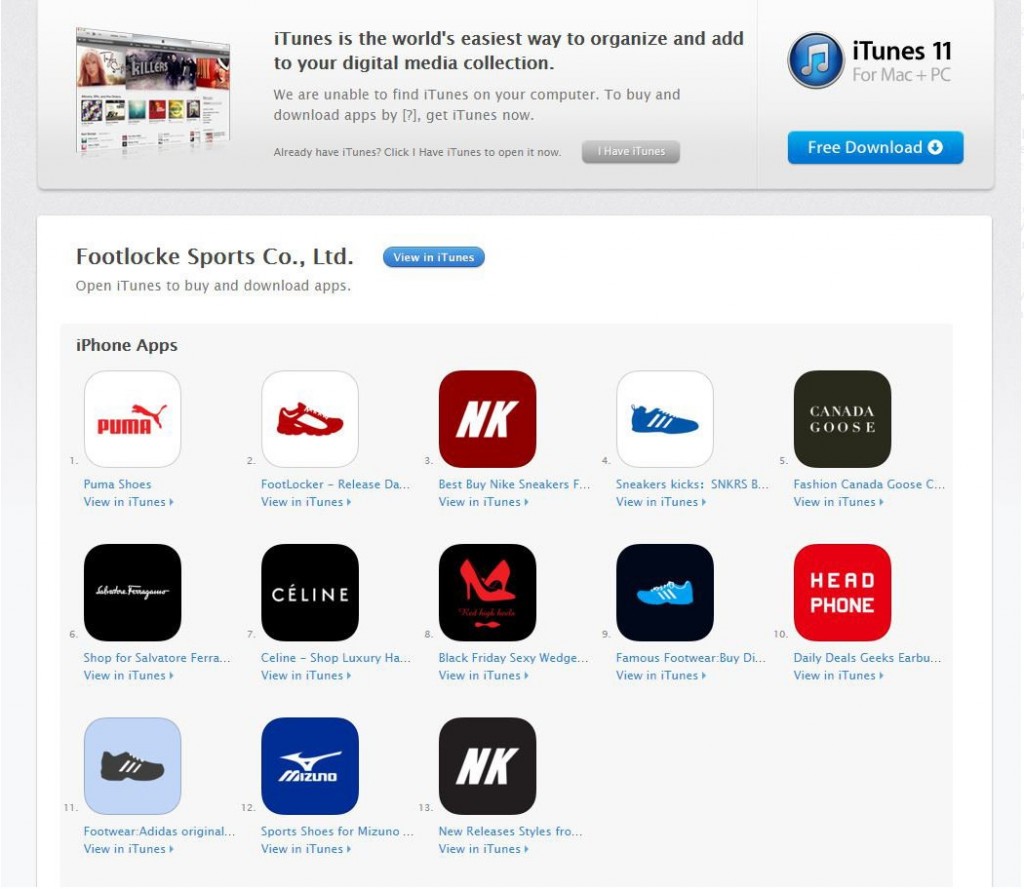 An example of fake apps now available on iTunes

According to Apple, some of the apps will be harmless and are essentially empty shells containing pop-up advertisements. However, other apps are inviting customers to create accounts and enter bank details, exposing customers to potential fraud by disclosing sensitive and personal information. The New York Times also warns that some people will be asked to log in via their Facebook account, and says that the rogue apps, most of which came from developers in China, slipped through Apple’s process for reviewing every app before it is published.

Many of the fake apps have since been discarded, and Apple is currently?undertaking a mammoth task of deleting over two million redundant apps. Apple also warns that many fake apps “have red flags signaling that they are not real, such as nonsensical menus written in butchered English, no reviews and no history of previous versions. If you’re in doubt, it’s always worth contacting the retailer directly to avoid disappointment and theft this season.