The seven best spots in Dublin for people watching

Who doesn’t love a bit of people watching? There is nothing better than bagging a cosy spot in one of the city’s many cafés and pubs and watching the world (and its characters) go by. And God knows if there’s one thing that Dublin’s not short of, it’s characters. Sitting and watching folk going about their daily business is one of my favourite things to do in a crowded city – yes, I am aware that I am an absolute creep, but don’t pretend you’re not either.

Due to my creeper status, I’ve spent many a Dublin day researching this very piece in anticipation of sharing my people-watching skills with the world. That day has come. Here are seven of the best people watching spots in the city for you to peruse to your creepy heart’s content.

South William Street is one of our favourite streets in Dublin, and with good reason; the most unique shops, the coolest bars and the who’s-who of Dublin cool kids can be seen roaming up and down this laneway. Grogans is one of the street’s many landmarks, and with its famous pints of Guinness and a toastie to match, this is one of the city centre’s ultimate people watching spots. 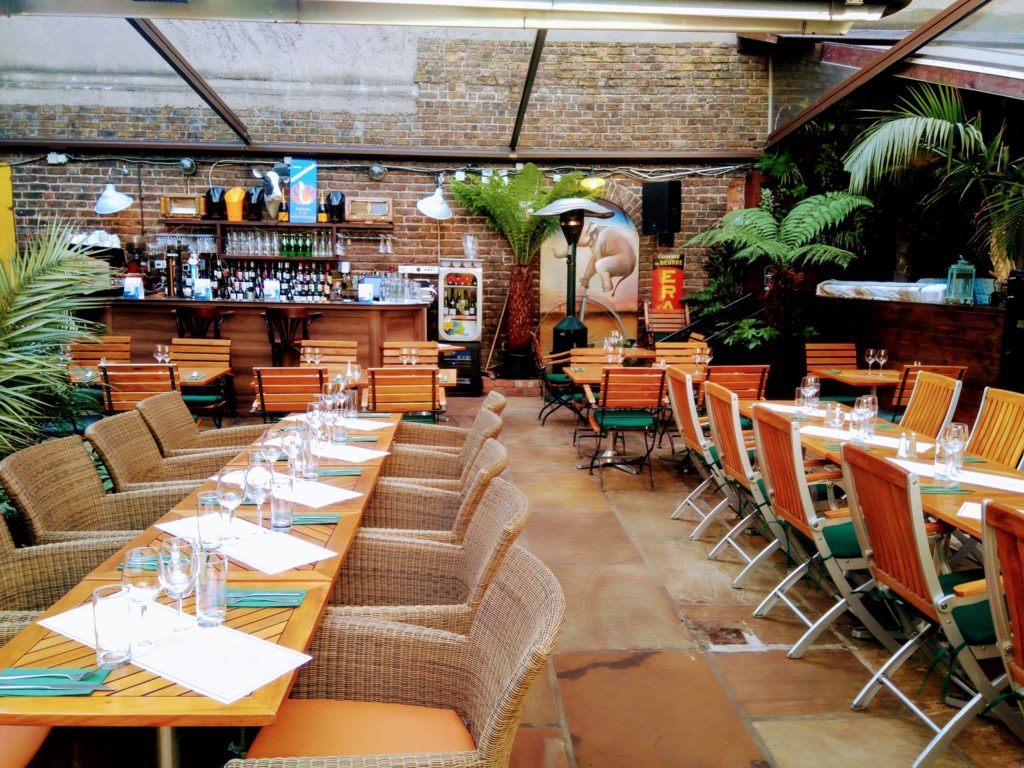 No, not the original Chez Max, but this reincarnation of the French-themed Dublin eatery on Baggot Street features a large outdoor seating area and an even larger rooftop terrace. On a sunny Dublin day, there’s no better spot for cocktails, gorgeous food and a healthy amount of rooftop spying.

No matter the weather, Howth Pier’s bracing breezes and vast views make for a gorgeous people watching spot – not to mention its proximity to Beshoff Bros for some sustenance. People watching is hungry work, after all.

The Music Café on Wellington Quay

On the corner of Wellington Quay and Parliament Street lies one of the city’s cosiest spots for a good stare. The Music Café features all the tea you could want, beautiful cakes and, most importantly, a big bay window facing the Liffey and the ever-busy quays.

While the inside of Stephen’s Green shopping centre is beautiful enough to stare at, the real action lies outside the window. Bag a seat in the food court on the top floor and you could easily spend hours gazing down to some of the city’s busiest spots – Grafton Street, Stephen’s Green park and plenty of street performers.

We’re a little biased on this one since IMAGE HQ is only a stone’s throw away, but we can’t imagine anyone arguing with the People’s Park as a gorgeous backdrop for people watching. In the middle of Dun Laoghaire’s dreamy green area lies the ever-delicious Fallon & Byrne. Get down here on a nice day to bag a seat on the terrace.

The Bailey on Duke Street

The perfect people watching spot is one that is just close enough to all the action but just far enough away to relax while gazing. The Bailey has it all (and more). Its outdoor seating is just as cosy in winter thanks to their big, fluffy blankets, and it has the added bonus of its seats actually facing out to the street – so you’re well within your rights to people watch all day.