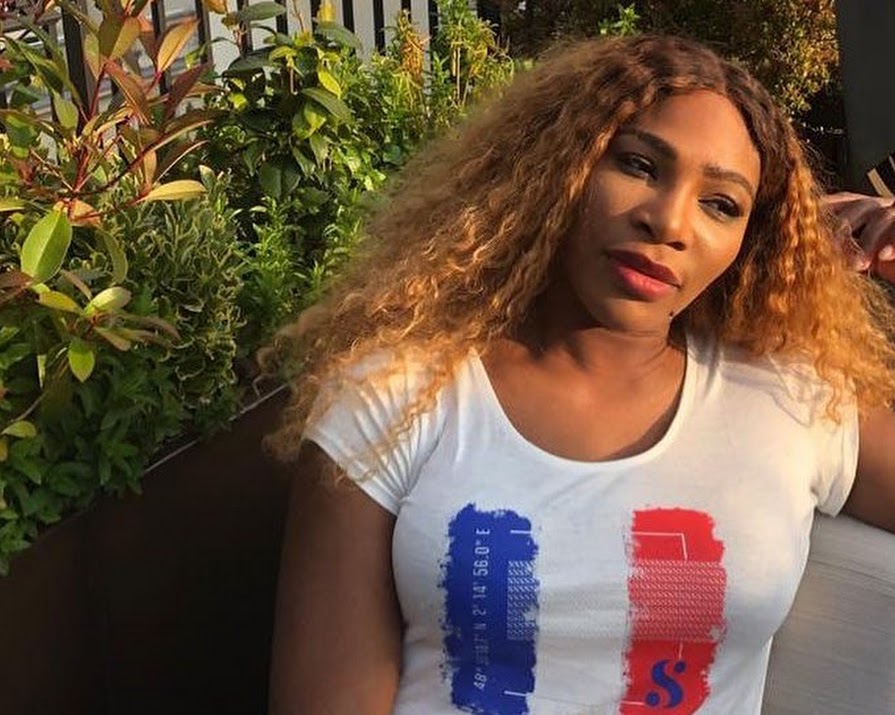 International tennis champion, Serena Williams has made a powerful fashion statement at the French Open in Roland Garros Stadium, Paris

One year since wearing her controversial black catsuit, Serena Williams has made another powerful fashion statement at the French Open.

The 37-year-old tennis champion wore a custom-made Nike outfit designed by Off-White founder Virgil Abloh. It consisted of a sports bra, skort (a skirt and shorts combo), as well as a light jacket. The black-and-white fabric was covered in powerful, female words (both in English and French); such as ‘Queen’, ‘Reine’, ‘Goddess’, ‘Deesse’, ‘Champion’, ‘Championne’ and ‘Mother’, ‘Mere’.

Serena debuted the look on her official Instagram account before taking to the tennis court at Roland Garros stadium in Paris on Monday.

Last year at the French Open, Serena Williams’ outfit caused quite a stir. Rather than wearing a traditional tennis skirt, the mother-of-one opted for a black catsuit.

The catsuit was specially designed to improve the athlete’s circulation and prevent blood clots; something she had suffered from for months following the birth of her daughter Olympia. At the time, she said, “Catsuit, anyone? For all the moms out there who had a tough recovery from pregnancy – here you go. If I can do it, so can you. Love you all!”

However, the French Tennis Federation later banned the outfit; saying it did not adhere to its strict dress code.

Catsuit anyone? For all the moms out there who had a tough recovery from pregnancy—here you go. If I can do it, so can you. Love you all!!

Serena’s decision to wear a custom, female-focused outfit this year seems to be a defiant response to the French Tennis Federation; sending a message that women can (and should) dress exactly how they want to.