‘We’re restricted’: Irish mother on the importance of sensory-friendly workshops

Clíona Kelly’s five-year-old daughter is autistic and has sensory difficulties, which means she can’t attend the same type of play centres as other children. Here, the mum-of-four explains how sensory-friendly workshops at the National Gallery have helped her little girl

The official term is Sensory Processing Disorder (or SPD), which is the inability to use the information received through the senses (such as sounds or textures) to function smoothly in day-to-day life. The Irish Neonatal Health Alliance says SPD is not one specific disorder, but rather an umbrella term to cover a variety of neurological disabilities.

Clíona Kelly, an Irish mum-of-four, knows about it all too well.

Clíona Kelly’s five-year-old daughter is autistic and has sensory issues; more specifically, she’s sensory-avoidant. The young girl can become distressed at loud noises, which means she must wear headphones in crowded places. Similarly, bright lights, certain textures and large groups of people can be overwhelming.

For these reasons, attending a typical play centre or playgroup is off the cards. “We generally can’t go places if they’re busy and we wouldn’t be able to do activities that kids would normally do; like go to a play centre if it’s busy or to an art class if it’s busy. We’re quite restricted in where we can go because of that,” she says.

Services for children with SPD are slowly becoming available in Ireland – but right now, they’re few and far between. 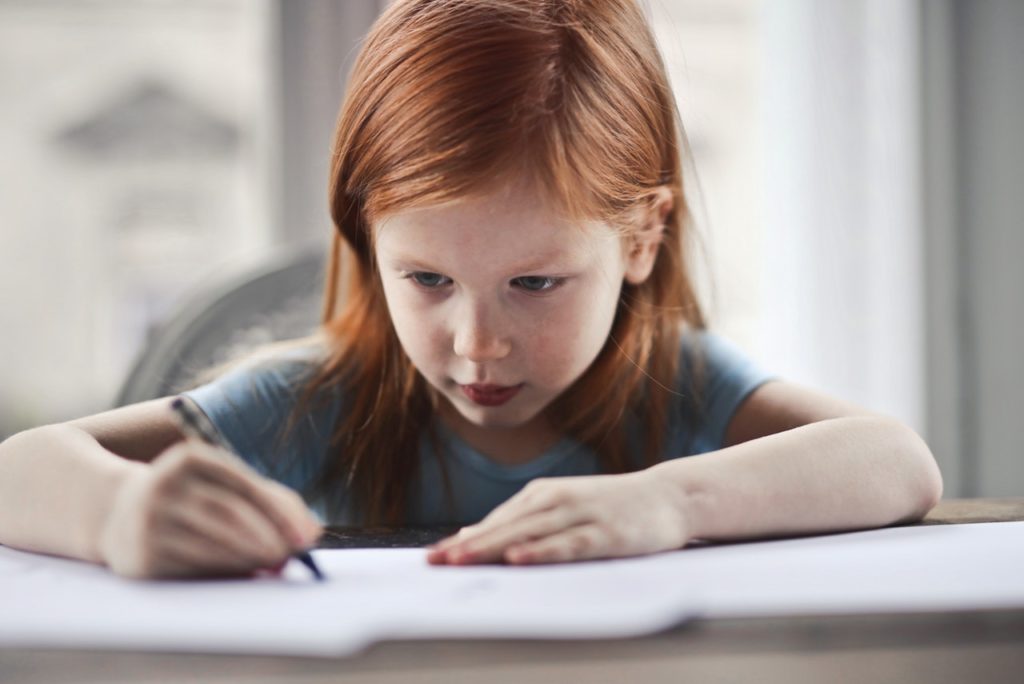 The issue with these services, however, is they’re often at awkward hours; such as late in the evening or very early mornings. Clíona says the services are “gradually improving, but we could do with more”.

One service she can’t recommend highly enough, however, is the sensory-friendly workshops at the National Gallery of Ireland.

Workshops at the National Gallery

“The first thing that’s great,” Clíona says, “is they send you on a social guide ahead of time. A social guide is an explanation of where to go and what it’s going to look like. For an autistic child, that’s really important.

“So I can say to [my daughter], ‘this is the reception, this where we’ll check-in, and then we’ll go to this room…’. It’s very useful,” Clíona says.

This type of forward-planning helps parents prepare the child for what’s to come; so that they’re less likely to feel overwhelmed on arrival. What’s more, the social guide will recommend which entrance is best to use; for example, which entrance will be less crowded and/or noisy at that particular time of day. 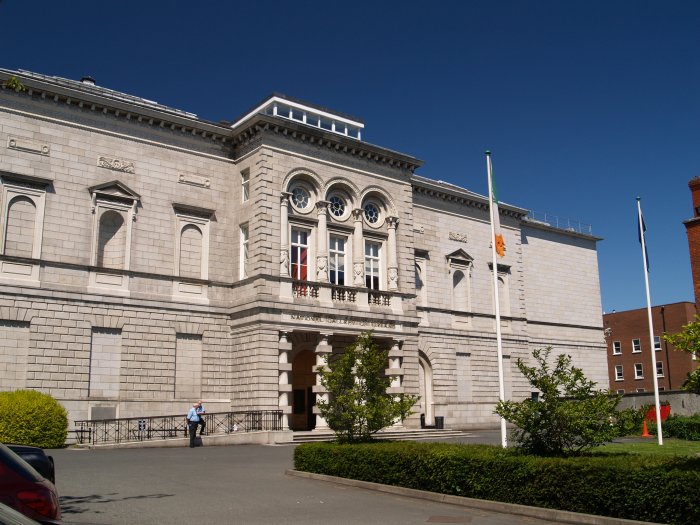 The National Gallery of Ireland

The sensory-friendly workshops are held in a cordoned-off section of the gallery. “One day we were in a stained-glass room,” Clíona explains, “which was gorgeous because it was cold and dark. It was really, really nice. One of the main things is that it’s quiet – and no queuing is a big deal,” she says.

What’s more, the workshops only cater to small numbers of children at a time. “Any sensory-friendly thing has to be limited in numbers or else it gets too loud and noisy”.

They have art supplies and an artist leading the session. “Children are free to either copy the artist or do their own thing (which my daughter inevitably does),” Clíona says. “There are materials and they’re free to experiment with what’s there. 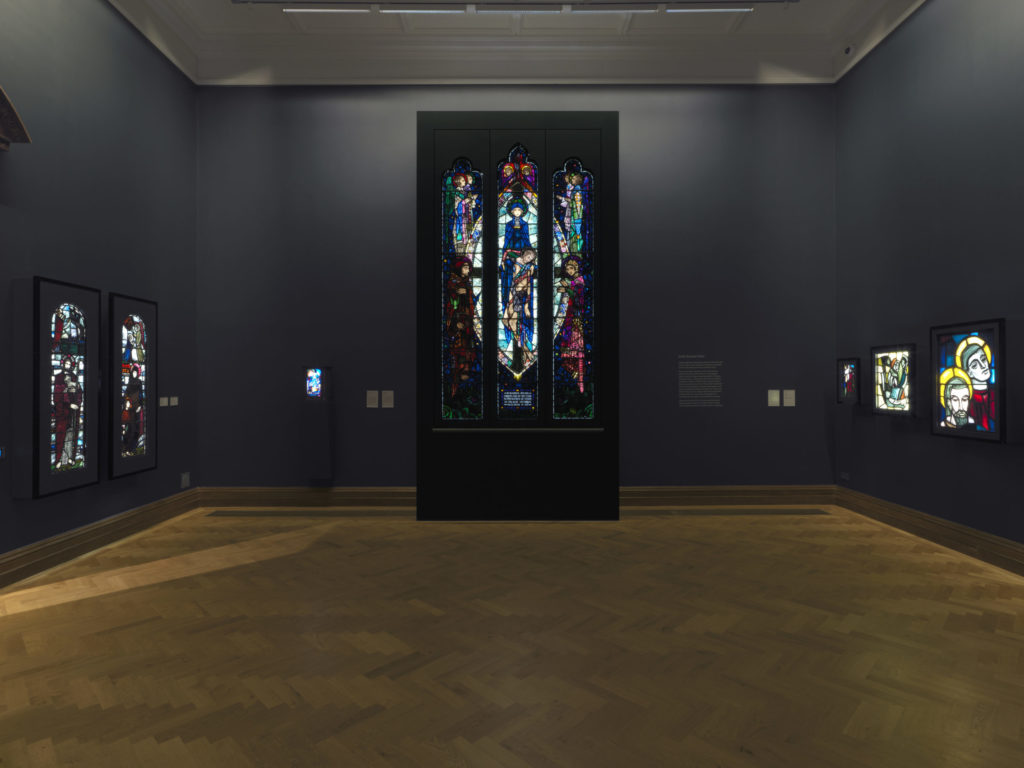 “It’s very relaxed; there’s no forcing a child to do anything, and no forcing a child to follow instructions”. This is one of the main reasons Clíona recommends the National Gallery; it’s important to her that the sessions are child-led, rather than instructor-led. “This gives her ideas for what she can do, but she doesn’t have to do it so that works very well.

“They also do things with sensory toys,” she continues. “They have lightboxes; the children can play with the lightboxes which turn on-and-off in different colours; they’re fascinated by that.

“One day, for example, they made little stained glass pictures and shone a light through them. Or they’ll play with little beads, or water beads, that you can put your hands into. It’s all those gentle sensory things, so they can get sensory input and feedback – but in a nice, calming environment”. 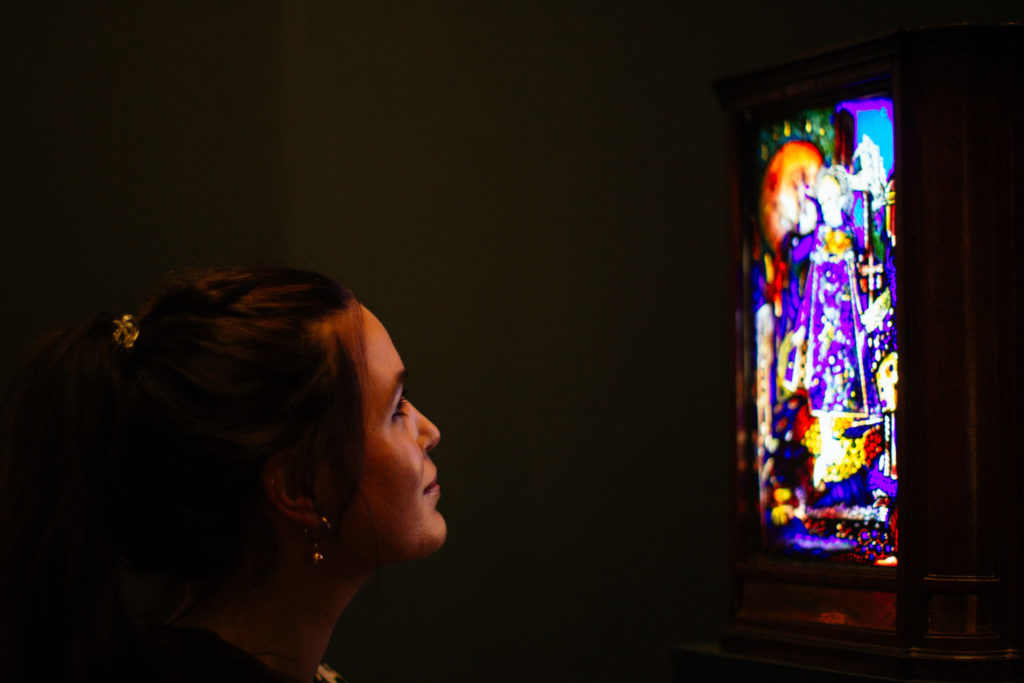 Clíona goes on to say how helpful it is to have workshops like these for her daughter. It’s wonderful to have somewhere suitable to go, where she can play and learn in a comfortable setting.

“She loves them,” Clíona says. “She’s always very happy after them and she’s quite happy to go back into them – and her siblings fight over who gets to go back with her as well!” she laughs.

“It’s very important to have staff that are aware of autistic children, of their needs and the supports they require. There’s usually at least one person [at the workshop] who has special training of some sort, but once you’re led by the child, you can’t really go wrong”. 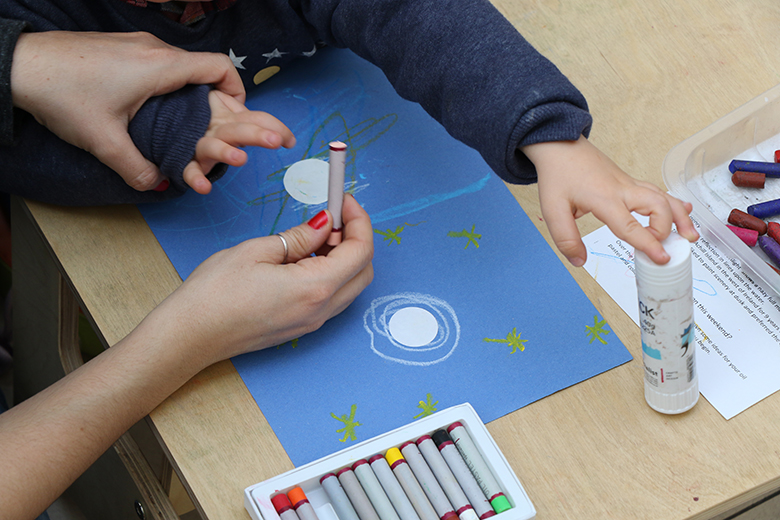 Photo: The National Gallery of Ireland

The National Gallery of Ireland is committed to ensuring all education programmes and courses are accessible and tailored to the needs of each individual; sensory-friendly workshops for children are a big part of that.

Read more: My child and autism: ‘I felt sick knowing that something was wrong but I didn’t know what’

Read more: Wheelchair accessibility is the only upside to Dublin’s ongoing gentrification