Sense and Sensibility is one of our go?to rainy Saturday evening movies. Emma Thompson’s adaptation of Jane Austen’s classic novel rightfully won the Oscar for Best Screenplay in 1996 and remains a beloved matin?e classic. Also that cast? Hugh Grant before the About A Boy buzzcut, Kate Winslet and Alan Rickman? Get that casting director an OBE. This tale of the two Dashwood sisters who lose their social standing in Georgian England following the death of their father as well as having to leave their family home due to the archaic laws of primogeniture, which dictated only men could inherit property, enjoys a firm top five spot on the costume drama syllabus. Elinor is practical, Marianne passionate. Both contend with a slightly foolish mother and stroppy younger sister while navigating polite society and falling for the wrong men. The low key Elinor finds her soulmate in Edward Ferrars, a young man who strives somewhat disastrously to marry public duties with private desires, meanwhile Marianne falls fast and hard for Willoughby, a high born gentlemen who matches her overdramatic gestures with a lack of longterm vision. On the outside looking in is the besotted and devoted Colonel Brandon, whom you end up shouting at Marianne to redirect her gaze towards.

However, much as we love this bonnets and drawing room drama, we’ve always struggled somewhat with the source material. While we love Austen and have the frayed copy of Pride and Prejudice to prove it, it has to be said that her first published novel ranks among her trickiest. English author Joanna Trollope is on hand though with a reimagining of the text. Her Sense & Sensibility is brought firmly into the modern era, David Cameron’s England immediately recognizable. The lovelorn Elinor is now a jobless architecture student looking at Edward on Facebook. Marianne is an aspiring musician, breathy vocals and a penchant for Taylor Swift included. Willoughby becomes Wills and drives sports cars instead of noble steeds. Colonel Brandon is Bill, a Bosnian War veteran, and runs a posh rehab clinic. Instead of patriarchal laws kicking the Dashwoods out of their house at Norland Park, it seems Mrs Dashwoods forgetting to marry her long-term partner robs the girls of their family home. How very modern.

Trollope is unfairly dismissed by some as the mistress of the Aga Saga, authoring slow moving tales of middle class fatigue and disappointments. Here her track record translates seamlessly with her underrated acerbic undercurrent complimenting Austen’s irony.? Social embarrassment is accentuated by social media posts and viral Youtube videos. Bill shows Elinor a kindness by taking her out for lunch and helping her escape her miserable packed lunch. The whole thing is a bit Made in Chelsea with it’s Sloaney histrionics – but when we think about what other primary sources have got that so intimately document modern western mores? 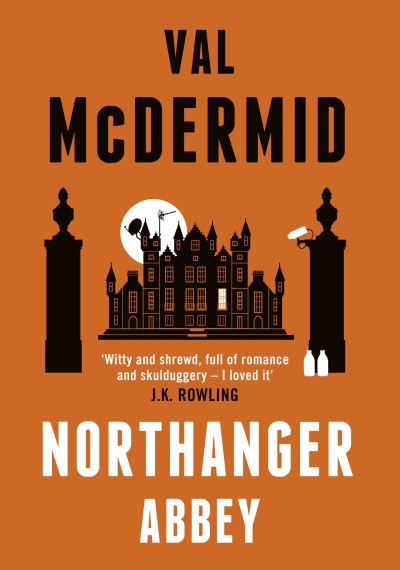 Joanna Trollope is one of six authors participating in the Austen Project, an endeavor from publishing house Harper Collins where six contemporary authors each embark on updating one of Jane’s novels. A few weeks ago Scottish crme novelist Val McDermid released her rendition of Northanger Abbey while the reading world awaits Curtis Sittenfeld’s American Pride and Prejudice.