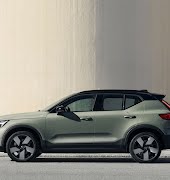 Love sugar? Scientists have found a way to banish your sweet tooth

Do you have a sweet tooth? Sometimes a mere mention of chocolate is enough to have us salivating. Unfortunately, it’s also contributing to rising global obesity levels. But now, neuroscientists may be able to help.

Researchers at Columbia University’s Zuckerman Institute have found a way to make sweet food taste bad, and bitter food taste nice. The study, which was published in the academic journal Nature, was carried out on laboratory mice. It involved re-wiring the brain so that certain flavours are interpreted differently. Lead author of the study, Charles Zuker is hopeful the method will be transferable to humans.

According to the research, sweet and bitter tastes are detected by different parts of the tongue, and these signals are then sent to different parts of the brain. By genetically modifying the mice, the neuroscientists were able to change the way mice responded to particular flavours. One experiment involved the mice drinking tasteless water. When the ‘sweet’ receptor in the brain was switched on, the mice gulped the water as if it were sweet Coca-Cola. However, when the ‘sweet’ part of the brain was switched off with a drug and the bitter part was activated; the mice refused to drink.

This suggests mice (like humans) get joy from sweet food. They (like us) are likely to consume more sweet food than they’re hungry for, simply because it makes them feel better. It’s called ‘comfort eating’ for a reason. If we can switch off the ‘sweet’ receptor in our brain (thus eliminating that ‘feel-good’ factor), we’ll be more inclined to eat less sugar. “It would be like taking a bite of your favourite chocolate cake but not deriving any enjoyment from doing so,” said co-author of the study, Li Wang, in a statement. “After a few bites, you may stop eating, whereas otherwise, you would have scarfed it down.”