When it comes to the royal family, they don’t much like a rebel; anyone who might cause disruption, or a scandal. And when a royal marriage does occur, they very much want a traditionalist, a Kate Middleton, to effortlessly weave into the Monarchy without much fuss. Even when we look at how they are most definitely modernising with Meghan Markle, a woman of mixed race and one once-divorced being welcomed very openly into the fray, even she has had to conform to the ways of a royal, to a certain extent. Perhaps this is why Queen Elizabeth’s relationship with Princess Diana took reported turn before her untimely death; she very much didn’t conform the way in which she was expected to. And while she was always the People’s Princess, she was largely ostracised by members of the royal family for this reason.

Related: The official pictures of Princess Eugenie’s royal wedding have been released

It makes sense then, that the late Princess of Wales and the Duchess of York, Sarah ‘Fergie’ Ferguson would have formed a close friendship. The Duchess of York, following her divorce from Prince Andrew, was largely cast aside, shut out of the royal family for similar reasons, only recently having been welcomed back into the fold. Both were lively, vibrant, very much themselves and as it happened, never too far from some sort of ‘scandal’ – largely due to mass media intrusion, it has to be said. In fact, the two were the best friends, as Sarah revealed in what was her first full interview given in almost 20 years.

“It’s who I am. It gets me into endless trouble. People think you’re impossible or difficult if they can’t relate to you, if you don’t take life seriously. But the key to me is that I look at life with a child’s sense of excitement and joy.”

She told the Daily Mail of her joy at seeing her daughter Princess Eugenie get married just last month and also revealed she was missing her close friend and former sister-in-law on the day.

“I thought of absent friends and family; of Diana — but she’s with me all the time. What I miss most is her tinkling laughter,” she said. “Diana was my best friend and the funniest person I knew. She had such timing and wit. It was a total joy to be with her because we just laughed and enjoyed life so much, and I know she would have loved the wedding.” 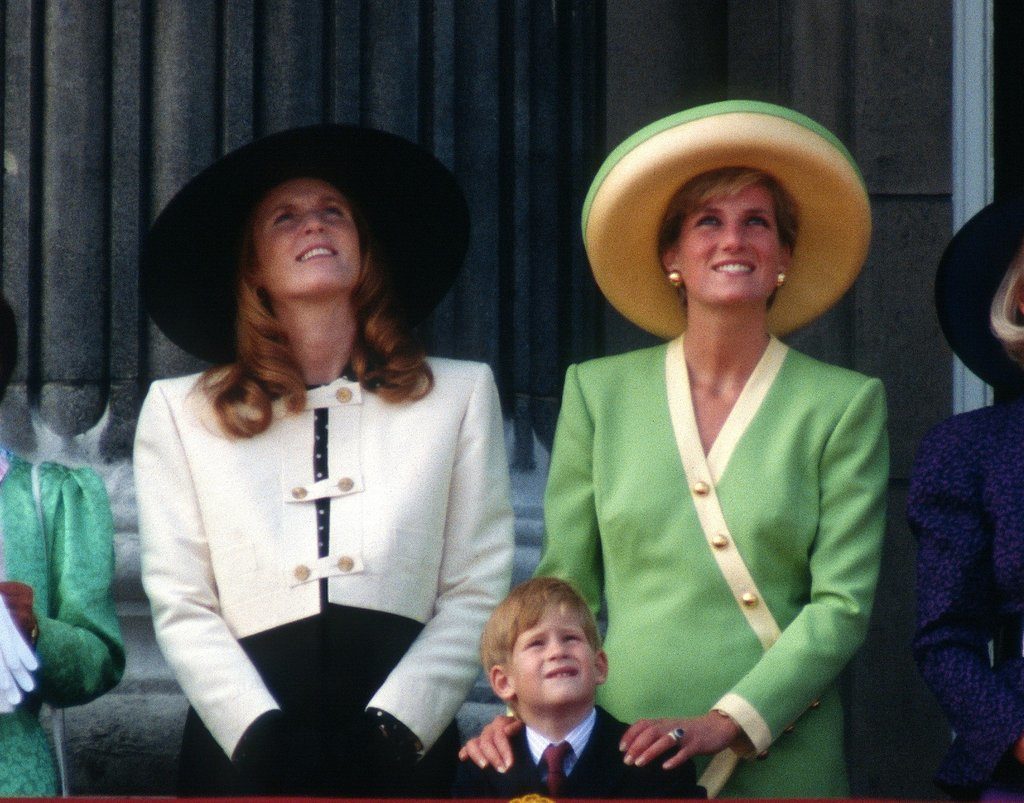 She also had nothing but happy things to say about her still strong bond and relationship with her ex-husband Prince Andrew – the two still live together in Windsor Castle – still referring to their wedding day as the happiest day of her life. “July 23, 1986 was the happiest day of my life. Andrew is the best man I know. What he does for Britain is incredible; no one knows how hard he works for his country. Although we are not a couple, we really believe in each other. The Yorks are a united family. We’ve shown it. You saw it at the wedding.”

“We’re the happiest divorced couple in the world,” she continued. “We’re divorced to each other, not from each other. We both say it. We are completely compatible. Our bywords are communication, compromise and compassion.”

“We stand up for each other, fight for each other. We’re totally respectful of each other’s position and thoughts and we listen to each other. Our children listen to us, too. And we sit round the table and have afternoon tea together. It’s a very important part of our lives.”

And asked if they will ever remarry, she remains as neutral as she has on the subject for years “So many people have asked me that, but we’re so happy with the way we are right now,” she says. “We enjoy each other’s company; we allow each other to blossom. I know it sounds like a fairy tale but that’s the way we are.”