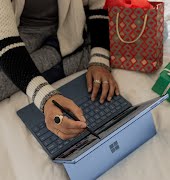 Once again we’re reminded this morning that the world can be a pretty miserable place at times. And despite the efforts of many across the globe, homophobia is still alive and well, especially in American radio show host Howard Stern‘s studio. How a broadcasting professional could utter such hateful words about a young gay man – Sam Smith – who isn’t presented to the world as some carbon copy muscly model (big deal) is just beyond us here in IMAGE.ie.

In short, Stern went entirely off the rails on a rant about why he likes Sam Smith, who many are describing as the male Adele in that they are both successful, both found fame young, and both are in possession of some seriously powerful lungs. And that’s about as far as the comparison goes. But here’s where Stern took it down a nasty pathway, as per E! News…

?You know what I like about the guy? He’s an ugly (expletive). He’s?fat… Is he gay? He looks gay to me, not that anybody looks gay, but he does seem effeminate?I like that he’s chubby and gay… That’s why I love him. He’s one of those guys I feel like, he’s really good but I feel like [“Stay With Me”] will be his only hit’song…?That’s how good that’song?is… He’s?fat?and he’s gay and?little girls?worship him. That’s?when you?know you have a good’song?and a good voice. I’d like to get him in here to congratulate him on beating the odds. He’s like the male Adele.?

Sam Smith got wind of Stern’s commentary and showing more maturity than most in the business, handled it perfectly well:

And that’s about as much oxygen as he’s prepared to give it, as are we. Grow up, Howard Stern.